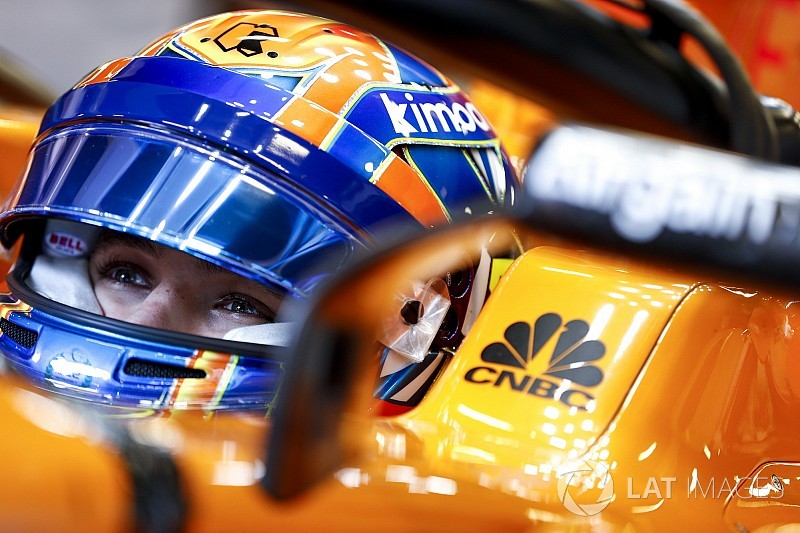 Three rival Formula 1 teams made approaches for McLaren's rising star Lando Norris but all would have involved the Formula 2 championship leader cutting his ties with the Woking camp.

It emerged prior to the Canadian Grand Prix that Toro Rosso made an enquiry but only on the basis that Norris would become a free agent.

However, McLaren boss Zak Brown has made it clear that it has no intention of letting the 2016 McLaren Autosport BRDC Award winner go after the team supported his progress through the junior ranks.

"We've been approached by more than one team," Brown told Motorsport.com. "We've had three approaches, of varying degrees. Some included this year, but we want him to focus on F2, and keep him at McLaren.

"If we felt it was good for his career, and good for McLaren, then we'd consider it on a case by case basis.

"But all of the approaches meant he would have gone away, and we're not interested in that conversation. That's non-negotiable.

"We're not going to train him up for someone else, but I don't think anyone else has any interest in training him up for us."

Norris faces a similar problem to the one current McLaren driver Stoffel Vandoorne had two years ago.

After winning the GP2 title Vandoorne was unable to progress into a McLaren seat because Fernando Alonso and Jenson Button were both still racing, so he spent a year racing in Japan's Super Formula series.

McLaren still has no obvious choice to place young drivers before one of its own seats becomes available, because the potential candidates have close ties to Ferrari, Mercedes or Red Bull that often involve running contracted junior drivers.

"We don't have any sister teams," said Brown. "It's not ideal.

"I think it shows that the FIA needs to look closely into how much influence teams have over other teams, because what they're starting to do is to close down opportunities for people that are independent."

Toro Rosso's interest in Norris came after its driver Brendon Hartley had a tricky start to his first full season in F1, and with Red Bull lacking a realistic replacement in its own junior driver pool.

Red Bull motorsport boss Helmut Marko confirmed that there had been contact regarding Norris.

"We had discussions, but differently from what was announced by whoever," he told Motorsport.com. "We are making our negotiations behind closed doors, not in public."

Asked if it was unusual for the company to pursue a driver who is already on the verge of F1 with another team, Marko said: "With Red Bull you never can say what we are really doing. We are good for surprises!"