The unknowns F1 faces with its first ever triple-header

Formula 1 heads to its first ever triple-header this weekend, with the successive French, Austrian and British Grands Prix the first time teams face the challenge of three races in a row. 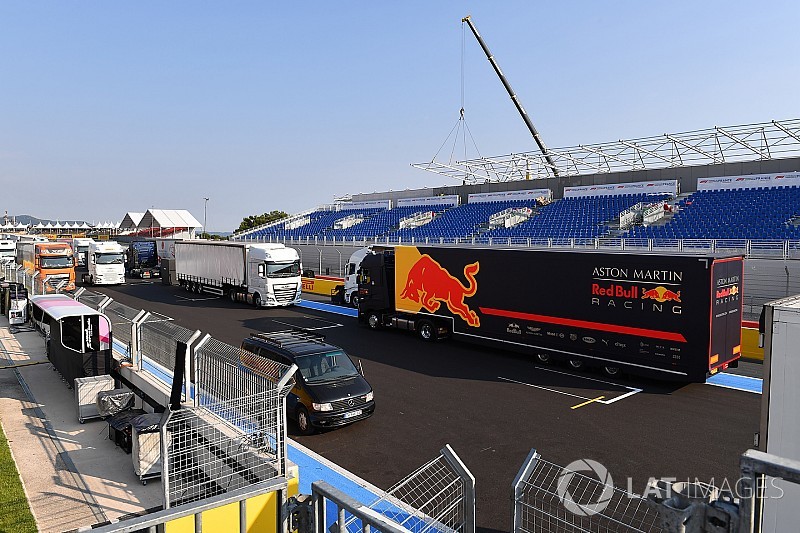 But while those tuning in at home will have plenty to get excited about, for those who keep the show on the road there has been a lot of extra preparation, and some trepidation, about the challenges that lie ahead.

Building up and packing down garages and motorhomes three times on the bounce, making sure the cars are prepared as meticulously as ever, and moving equipment 2500km by road in two weeks is going to put an incredible strain on everybody involved.

Teams have not taken the challenge lightly, but no matter how much meticulous planning has been put in, it's the toll of fatigue that is perhaps the biggest concern.

"We are very good in scheduling, and we are very good in understanding our assets and organising our time, but it's the unknowns that often present themselves in these situations that can be the harder element to deal with," Haas team manager Peter Crolla told Motorsport.com.

"My biggest concern is the human factor of it all," adds Toro Rosso team manager Graham Watson.

"We've obviously done double-headers and double-headers with a test attached to it, but this is the first time we actually do three grands prix in a row and mentally and physically it's really tiring. More than people realise." 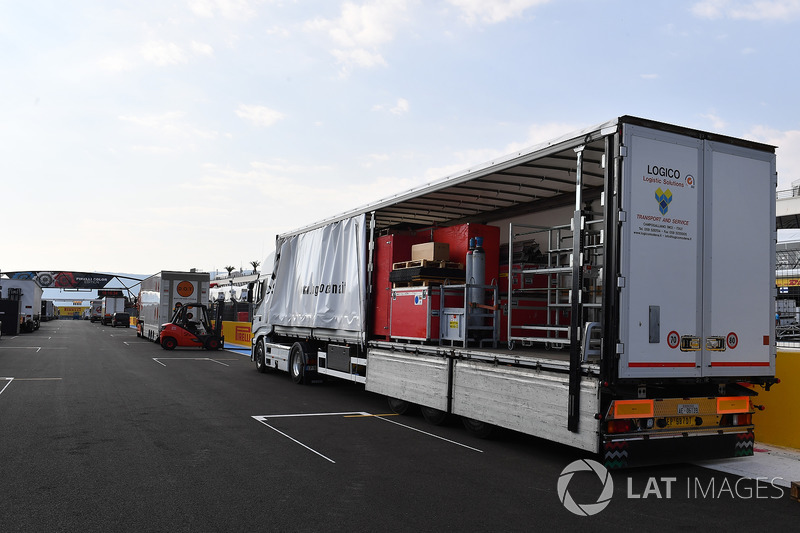 With F1 teams not yet at the stage where track personnel are rotated to help ease the strain, there is little choice but getting the current staff through the demands of three weeks on the road.

But teams will be employing extra crew – like support vehicle drivers – to help share the load of a particularly punishing road trip.

The trucks that will carry cars, motorhomes and equipment will need to make a 1000km trek from Paul Ricard to the Red Bull Ring, and then do it all again with the 1500km journey towards Silverstone.

Toro Rosso has also moved to ensure that its travelling personnel get more time off between races – to help recharge their batteries.

To allow that to happen, it has given more responsibility for race preparations to factory staff.

A further spanner in the works for teams readying for the triple-header has been the fact that the start time of the French GP has been moved back an hour to 4.10pm – so as to avoid a clash with the World Cup. It means an even longer night working.

"That was another little… I wouldn't say great moment when it came out, the timetable from Liberty. It doesn't help having Paul Ricard as a late race," Watson admits.

"Obviously you have to pack and the team are going to get out of the track incredibly late. Then the first thing Monday morning we are all on a charter flight down to Austria.

"But having the extra pair of hands and the contract guys is obviously going to help the situation.

"I think like Franz [Tost, team boss] said to me: we just have to make sure we are with everybody else.

"If there are any roadblocks or tunnels that are cancelling trains or anything, that we are part of the group and not stuck on our own somewhere." 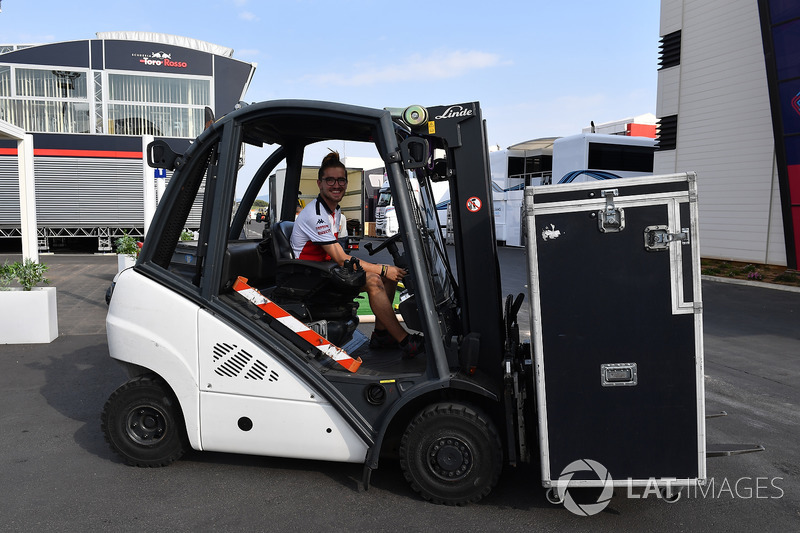 The prospect of extra late nights could prompt some teams to start taking shortcuts or do things differently at one of the race weekends – like packing up early to get a headstart. That's something that Haas won't be doing though.

"You're there to put on a show," Crolla adds. "You're there to look after your guests and demonstrate this image. For me, packing up on a Sunday afternoon before a race or during a race isn't really where we like to picture ourselves. So we don't do that.

"We pack up when the race is done. And that to me is, if you like, almost a basic requirement of how you run a race weekend."

As well as the challenges of keeping personnel in the best shape possible, a lot of extra planning has to go into ensuring cars are in pristine condition too - because running over three consecutive weekends does pose some extra headaches.

"With the triple-header we just have to be more organised. So we have to make sure that we haven't left any stone unturned," says Watson.

"A Formula 1 car has a life on every component, and some of those parts can't do three grands prix in a row.

"They have to come off the car and be stripped, so we have had to work to make sure we have components to swap in and out without having to wait for a car to go back to Faenza, to be serviced and to come back to us at the track."

The best laid plans of mice and men often go awry, though, and unforeseen circumstances – like some big crashes in France that derails a spare parts plan - could prove particularly troublesome.

Crolla says: "Your worst-case scenario going into a triple-header would be to have incidents. In an ideal world, all the teams will get through all three races with very few issues but I think that's unlikely to be the case. 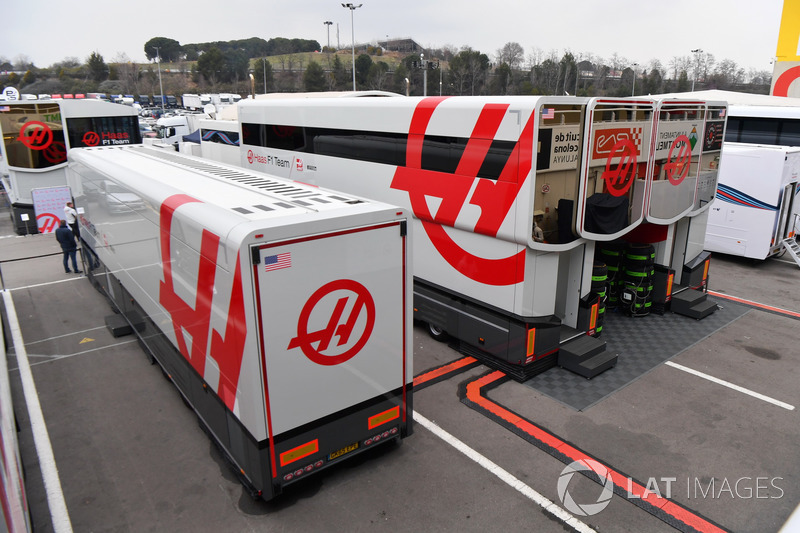 "So you have got to try and minimise your exposure to that risk. But equally you wouldn't want to build up excessive amounts of stock to cope with a potential situation that might arise from a triple-header.

"You just got to try and go into it with a sensible balance of components and respond if you do have issues. There are always ways to cope with unforeseen eventualities. That's part of what we do."

There will be one respite for the British teams, however, with the final race of the triple-header taking place at Silverstone.

Crolla adds:"The third race of three is always going to be the one where your stocks of certain things could be low, and it's where your energy levels of your workforce are going to be at their lowest.

"So being in the UK for the last race, it's certainly going to benefit the majority of the teams in the paddock because it's going to be within a few hours of their base.

"Some of the guys will be going home and seeing their families, sleeping in their own beds. And it's those little comforts that can often give people that little bit of rest bite that they need." 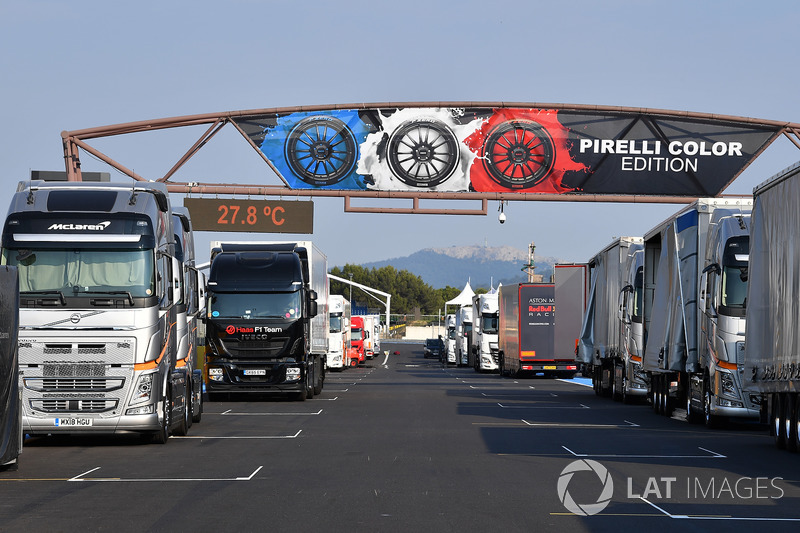