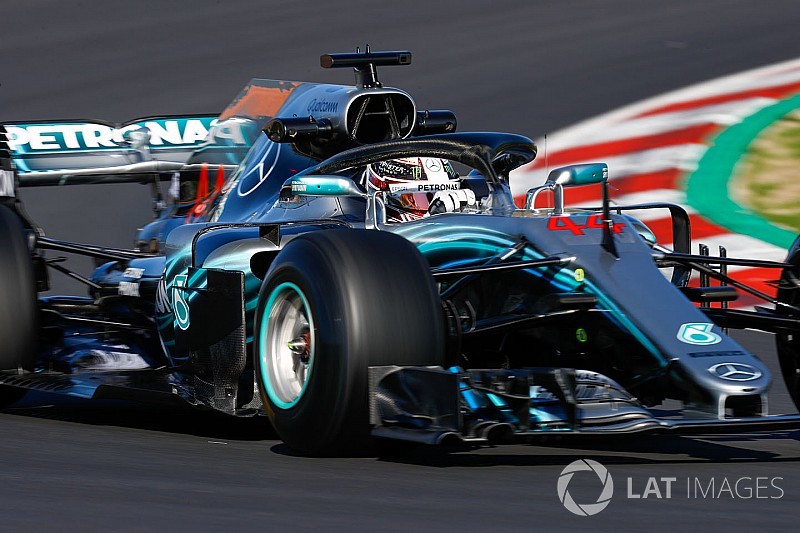 Despite keeping its powder dry in testing, Mercedes heads to the Australian Grand Prix as the favourite to win the opening round of the 2018 Formula 1 season.

Four consecutive drivers' and constructors' titles might make that seem obvious, but Mercedes has had to react after a renewed Ferrari threat last year and Red Bull's progression in the second half of the campaign.

Mercedes has taken plenty of plaudits for its power unit during F1's V6 turbo-hybrid era, but as Craig Scarborough outlines in this clip from Motorsport.tv's weekly show The Flying Lap its chassis is hardly second-rate.

Scarborough says the complexity of the W09 immediately rams home "the size of the aero department and the facilities Mercedes must have to get lots and lots of tiny gains across the car".

He adds: "At the very end of the first test, they had a small aero update: this consisted of a number of bits and pieces.

"The key thing is it had a slightly different front wing and it's all the outboard section that goes out towards the wheels.

"As the endplate flicks out it used to have a couple of twisted vanes: they've been cut out completely and there's a big vane there that pushes the air towards the tyre."
"The other change they've made is to the cape [an extreme turning vanes underneath the nose cone].

"Before it had a horizontal leading edge. Now it kind of droops down a bit to push more air under the cape to get this bigger vortex effect out the back that goes through the bargeboards.

"They've got a few other slots and bits and pieces as well so you can see they are pushing that concept a little bit further every time."