The pioneering approach that made Senna so special 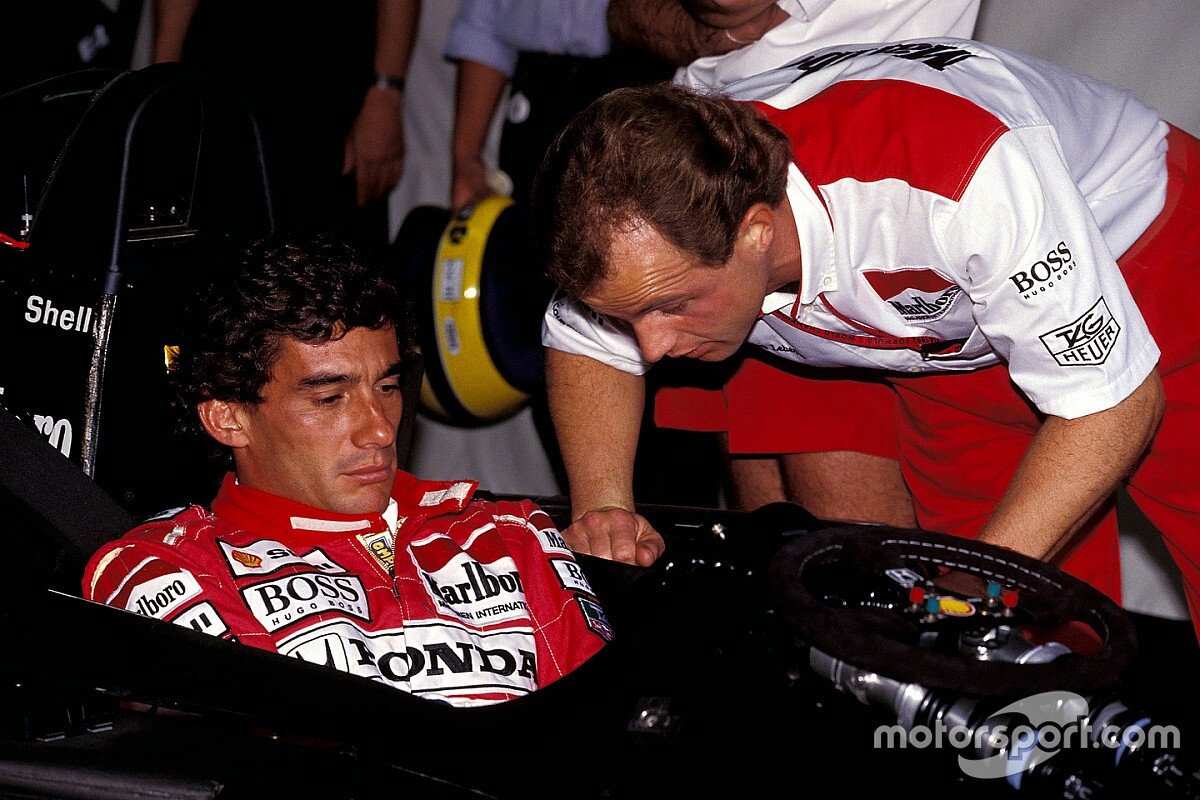 On the anniversary of Ayrton Senna’s passing at Imola, we reflect on what made the Brazilian so special with the man who knew him best.

In an era when Formula 1 as a whole became more professional, Senna is often credited with changing the way drivers approach a race weekend, taking mental and physical preparation to a new level.

Senna’s fierce McLaren rivalry with Alain Prost was a big driving force in that change of attitude. Going up against a driver who proved to be his match, Senna understood it was necessary to pull out all the stops in order to find an edge over the Frenchman.

For Senna, one of those edges was developing a close relationship with McLaren’s fresh-faced new physiotherapist Josef Leberer.

Leberer arrived in F1 at the start of the 1988 season, replacing his fellow Austrian mentor professor Willi Dungl. As a 29-year-old physio Leberer immediately ended up at the powerhouse McLaren-Honda team of Ron Dennis. That season Senna and Prost won all but one race at the height of the team’s dominance, with the spectacular McLaren MP4/4. 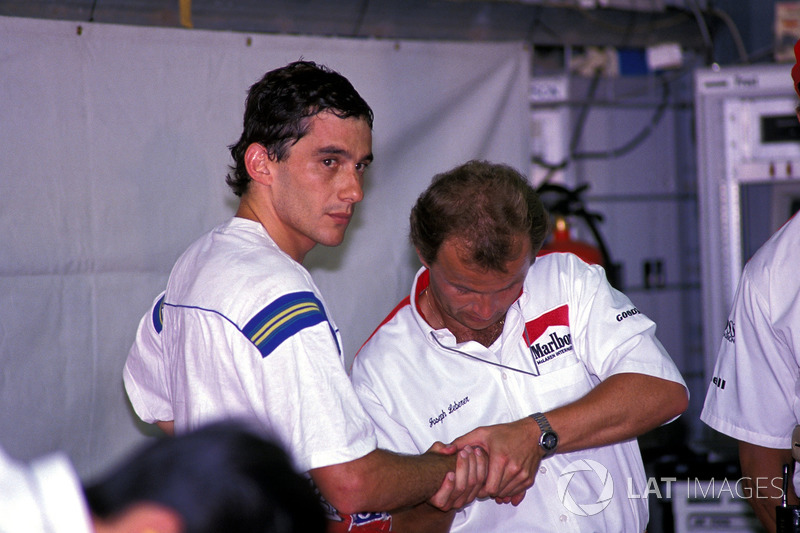 For a young newcomer like Leberer the perfectionist Dennis-era McLaren team was an intimidating environment.

"I was more or less experienced but still it was a big step for me because didn't know what they expected,” Leberer said when Motorsport.com sat down with him in 2018.

“I just tried to do what I learned from my intuition and do my best. Doctor Dungl said: 'You cannot prepare for this, just do it. You are good in therapy and good in communication.’"

Leberer then faced the daunting task of earning the trust of two of the toughest and most competitive characters in the sport, but a particular incident during his first event with McLaren, the 1988 Brazilian Grand Prix in Rio, handed him an early chance to make a difference and find a way in.

"On Friday Prost had an accident and got a headache,” Leberer recounted. "There was a huge pressure on me after the accident because I was alone.

"I was a little bit scared if it was [going to be] my first and my last race, but I tried to do my best and it worked out well. He was quite well soon. That was fantastic for me.

"The cars at that time were physically difficult to drive. That meant the drivers needed me, they asked me in the evening for some therapy or a massage. Ron Dennis let me do what I wanted, because I knew what I wanted to do.

"Both Ayrton and Prost were very strong characters. I tried to give them both my time. Prost was a bit older but Senna was my age. I could see that he was very disciplined with himself and with his expectations of the people around him." 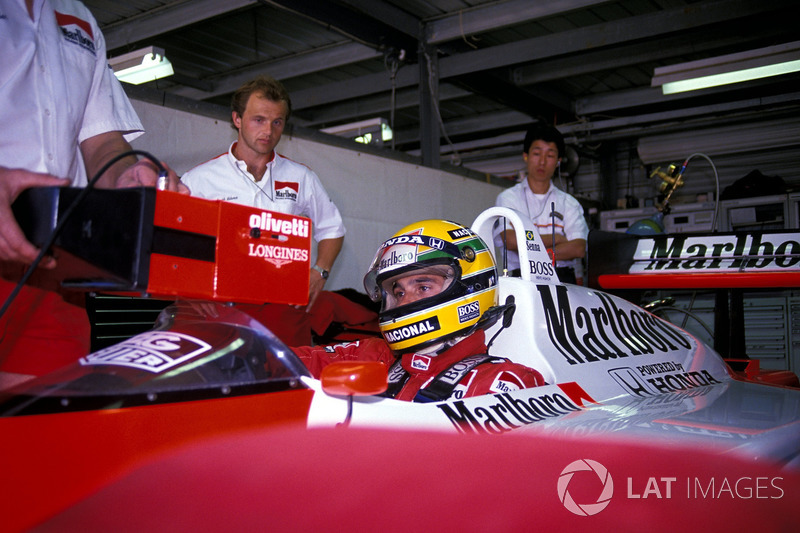 Despite getting off to a good start with Prost, it was Senna who Leberer naturally grew closer to. It turned out that wasn’t entirely by accident...

"On Sunday night [after the Rio race] he suddenly called me. I was dead from this week, I wanted to sleep. I thought he wanted another therapy or massage, but he invited me to come to dinner. I thought that was really nice. Everybody wanted to have dinner with him: the mayor, the president … and he was asking me!

“A friend told me many years later that it was because he saw what I had done with Prost and he thought 'this guy is not so stupid, it’s good to get him on my side...’”

"I was probably a bit naive when I thought it was just because he's such a nice person. Ayrton was a very sensitive person, but the chemistry was right. He had a good feeling for people.

"It was a very successful week. Even Dennis came to me on Sunday to thank me. Designer Gordon Murray also became a friend. I couldn’t have dreamt of a better start.”

"That was not your salad dressing"

Back in 1988 mental and physical preparation in Formula 1 was still in its infancy. Leberer and Senna played a pioneering role in raising the bar.

"I don’t think there has been anyone like Ayrton. It was incredible in the way every detail was important for him. It was a pleasure to work with him because he appreciated whatever you do.

"From the medical side he took up everything like a sponge. Even food and different ingredients were very important for him.

"I was preparing food, cooking, everything. In some of those countries it was very difficult, there was no catering like we have now. I had to cook somewhere and do everything with two plates. It was very important to have the freshest products.

“One time when I did a salad, there was an urgency and I had to ask other people to do the salad dressing for him. And immediately he knew: ‘That was not your salad dressing, it was a little bit off...’” 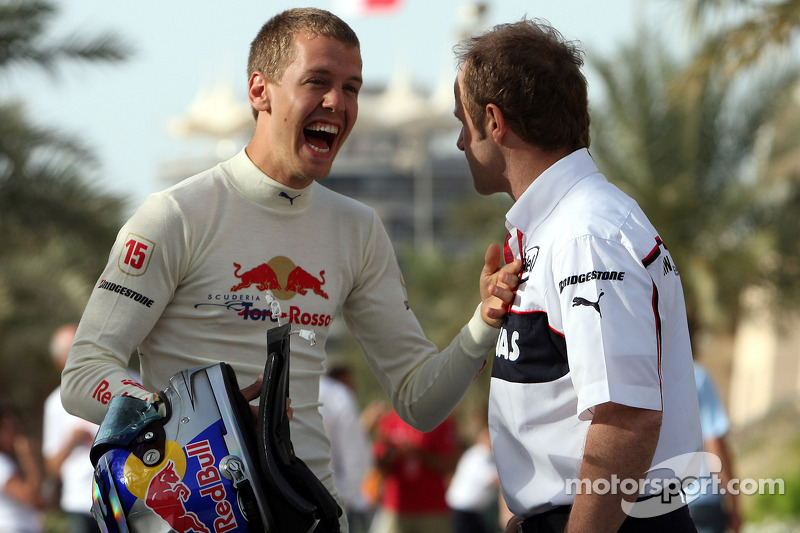 Sebastian Vettel and Josef Leberer in 2008

After the triple world champion's tragic Imola accident in 1994, Leberer stayed in the sport and joined Sauber in 1997, now named Alfa Romeo. At the Swiss outfit he guided future stars like Kimi Raikkonen, Felipe Massa, Sebastian Vettel and Charles Leclerc.

Senna was idolised by several generations of drivers. Leberer has been often asked by his proteges to tell stories about the great Brazilian.

"Of course," he said. "Some young drivers will ask ‘Oh, you worked with Senna. What was he doing?’ There are always little things to help them in their training programme."

These days all Formula 1 drivers are extremely fit athletes. Physical preparation is at such a high level that it is no longer an area where drivers can make a difference.

The mental side however, is still a game changer because it’s so inherently personal and harder to measure. To this day Leberer still applies lessons he learnt while working with Senna.

"Before Ayrton went to bed [it was] the perfect time to do some therapy. On Saturdays the tension is rising. Whatever went through his head, I could feel the tension in the vibrations of his body. So I tried to get his attention, to concentrate on [the therapy]. It’s important to switch off and recover.

"You can’t always go at 180 [beats per minute]. For the heart and the body it’s important to calm down. You only grow while you sleep.

"If you're still thinking about Prost or Mansell or Piquet, it interferes with this [process]. He learned to do that and I think that was one of the most important things he could learn.”

"It was very exciting and really fulfilling for someone like me. You’re only as good as somebody else. I am nobody if he does not allow me to do it, if he doesn’t ask for it or accept it. I remember once Senna said 'whenever I change teams, I would like you to come with me.' That’s nice, right? That means I wasn’t so stupid!

"To come to McLaren and have two of the world’s top sportsmen to work for: it was incredible, fantastic. I could say everybody could have done it with Senna and Prost." 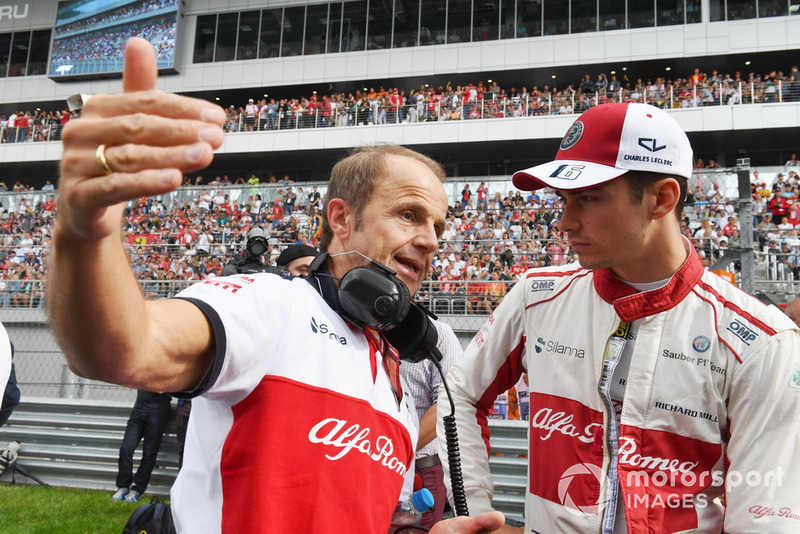 Josef Leberer on the grid with Charles Leclerc in 2018