It took a while for the confirmation to come, but on Tuesday the Alfa Romeo Formula 1 team finally announced that Guanyu Zhou will partner Valtteri Bottas next season.

In so doing so, the 22-year-old becomes China's first driver at the top level of motor racing, providing the championship with a boost the ultimate scale of which we can only guess at.

It's no coincidence that the announcement came a few weeks after F1 confirmed that the Chinese GP will return in 2023 after a three-year pandemic hiatus, with a deal that now runs until 2025.

Former F1 CEO Chase Carey and his successor Stefano Domenicali have often mentioned China in the same breath as the USA in terms of markets they want to conquer and, with Zhou, F1 now has a chance to do just that.

The hope throughout the paddock is that he will have the sort of impact that Max Verstappen has had in the Netherlands, or Sergio Perez in Mexico.

"I think for the company, for current sponsors work, for the nine other teams, for F1 in general, it's a huge opportunity," team boss Fred Vasseur tells Motorsport.com.

"Huge. I think it's really important that if you want to develop the team, but even for F1, the approach is the same. It makes sense to open a new market like China.

"And I think that Zhou will be the perfect ambassador for this, because he did very well in the junior series, much better than all the Chinese drivers before. However I know perfectly that it will be a challenge, because it's always a challenge when you are joining F1."

Zhou clearly comes with his own sponsorship package, but his arrival is a boost too for the team's other existing backers. Alfa Romeo sells cars in China, while title sponsor Orlen also has a strong presence.

"Everybody's excited," says Vasseur. "It's not just about Alfa Romeo, Orlen or another one, you know that everybody's trying to develop commercial links with China, and this is the best way to do it."

And the hope is that other Chinese companies will come on board in future seasons: "It's much more about potential. It could be much faster than '23/'24. For us and our sales department, it's a huge opportunity, and we have to work on it." 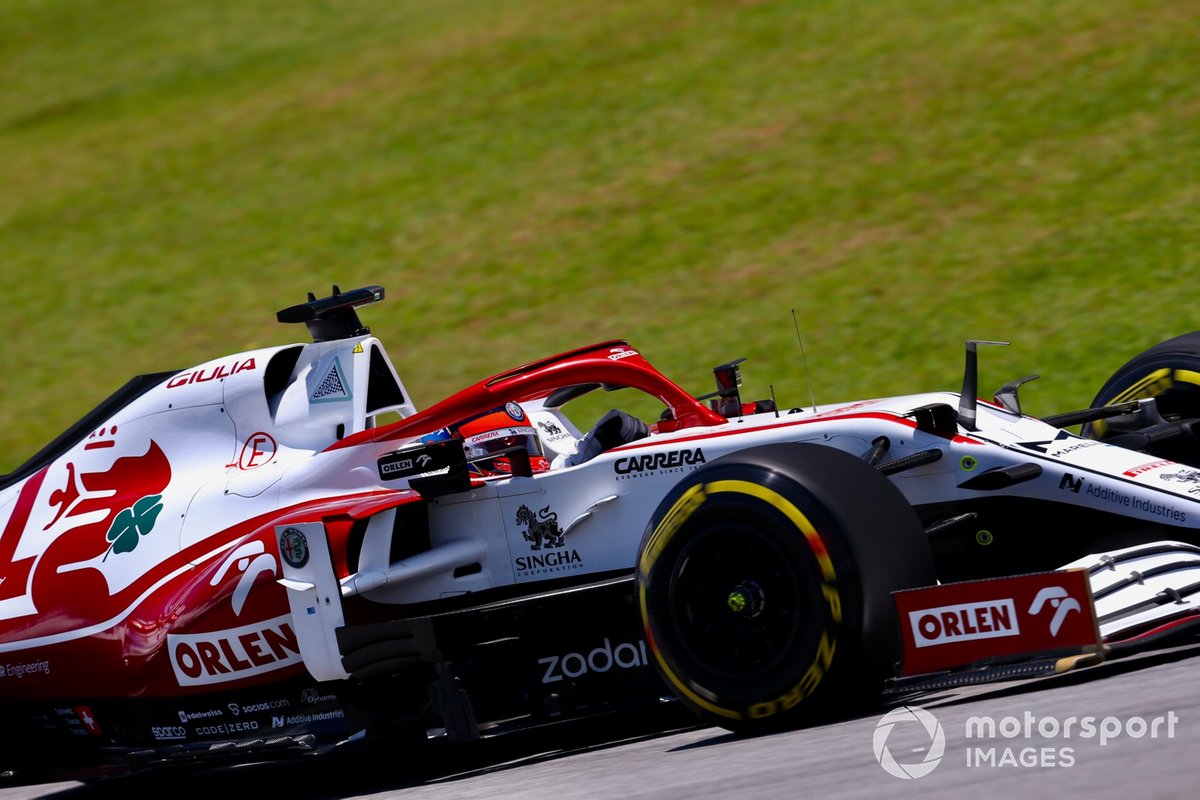 The commercial side is key to his deal, but it would be wrong to dismiss Zhou as a pay driver, after all there are many others on the current grid attached to commercial packages.

He is also a hugely promising talent who has shown steady upward progress through his career. He currently lies second in the FIA F2 championship, admittedly in his third year in the category, but that makes him more than qualified to make the step up on merit.

"It was an important decision for the company, for the future of the company," says Vasseur.

"We have a big change in terms of regulations for 2022. We evaluated all the options that we had on the table. Valtteri was quite obvious for me. And alongside Valtteri, we had different options, and for tons of different reasons Zhou is the first choice.

An intriguing aspect of Zhou's career is that his family made an early commitment to bring him to Europe in his teens. It was a big step, and one that has paid off.

"Putting aside the fact he's Chinese, it's impressive to do this kind of move when you are 13, because I think he was 13 when he came to Italy," says Vasseur.

"I remember perfectly when guys like Stoffel Vandoorne went to Japan, they were much older, but for them it was huge. At the beginning Stoffel was struggling to be in front in Japan.

"We don't have to underestimate this. Also when they are able to manage this aspect of the situation, they are doing a good step forward, because it's a real challenge."

Progress has been a hallmark of Zhou's career, steered by a management team that includes former Manor/Marussia F1 team boss Graeme Lowdon.

Runner-up in the 2015 Italian F4 championship – in a field that saw Lando Norris make occasional appearances – Zhou subsequently spent three seasons in F3 with Motopark and latterly Prema, winning a couple of races in his final year. 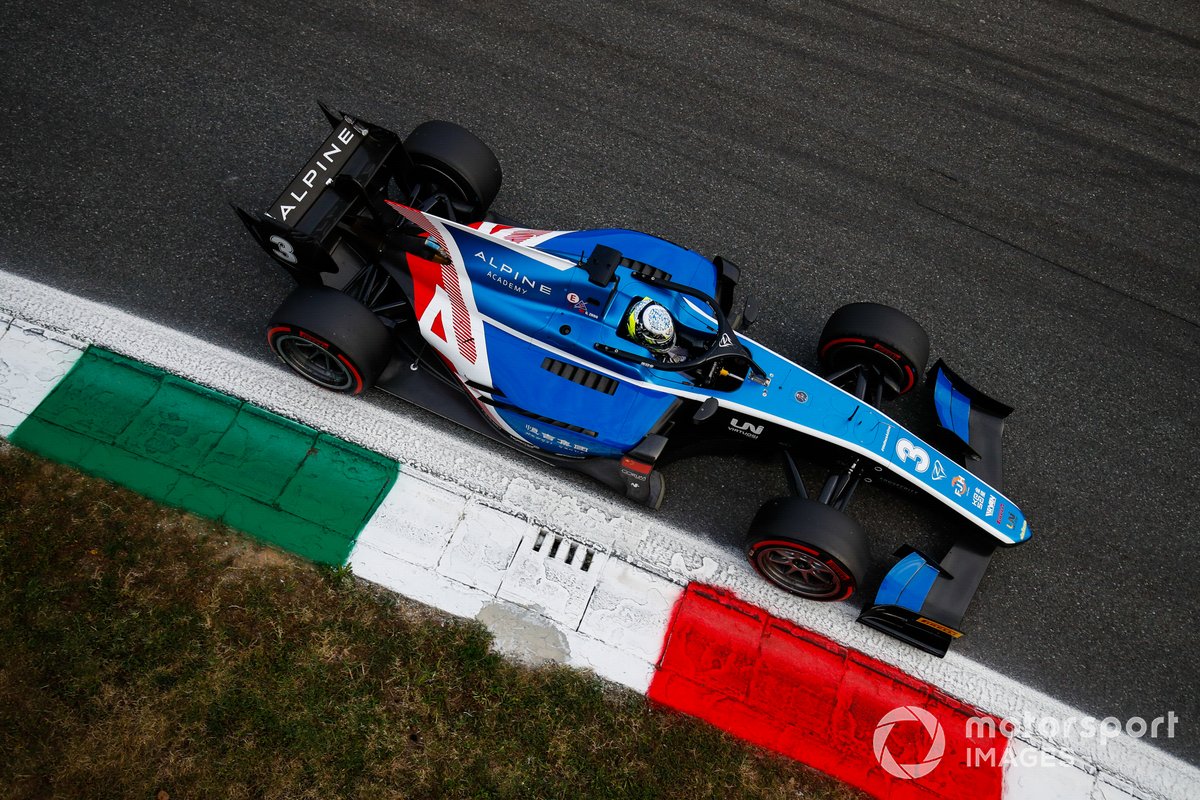 Moving up to F2 with UNI-Virtuosi he scored several podium finishes in 2019, and took his first sprint win in 2020, when he finished sixth in the championship. This year has seen a further step with feature wins in Bahrain and Silverstone.

"You know that I'm paying a lot of attention to the junior series," says Vasseur. "In F2 he did well last year, and he's doing very well this season. He did two or three pole positions. He had some wins. I think that when you're able to win in Silverstone it's a good signal.

"He's a frontrunner, and he can still be champion at the end, but it's very tight. He's doing a very solid job. I think it a good reason for us to move forward with him.

"We didn't collaborate in the junior series, and I don't know him very well. But if you have a look, he appeared to be able to improve, and that means that he is clever, and step-by-step, he doing the job. Who knows if he will be champion or not at the end? It's a bit too early.

"But he did very strong events this season in F2, strong quali, strong races. In some events he was just flying. I think that he's a good combination of everything. And I like also his approach, a good relationship with the team management, and that's important."

Progress is key: "We have to keep the same momentum. For sure if he is able to improve and to progress over the years like this, it shows that he has the right approach.

"I think that his management are very experienced, they are able to help him a lot, and we know each other for ages. And it's also good to have this kind of relationship around the drivers."

Zhou has been working away quietly with Alpine as a junior driver, running in the sim and testing the team's old Renault chassis, as well as completing an FP1 session in Austria earlier this year.

The mileage has given him a useful head start before his first Alfa run in Abu Dhabi next month.

"He'd done perhaps 10 test days or something like this, and a lot of simulator sessions. It's a good training, and it's important because that we know perfectly that the number of test days next year will be tricky.

"We have six test days on paper, plus Abu Dhabi, then we know that we could have some issues with the weather in Bahrain or Barcelona, and that the reliability is not guaranteed, because it's a completely new car."

One thing is clear, he is now an Alfa Romeo driver, and he's leaving Alpine behind.

"He is not managed at all by Alpine, and is not anymore under contract with Alpine," says Vasseur. "It was important for me, because I need also to be free and to work for the future. It would make no sense for me to have a one-year project if I know that for '23 there is no way. 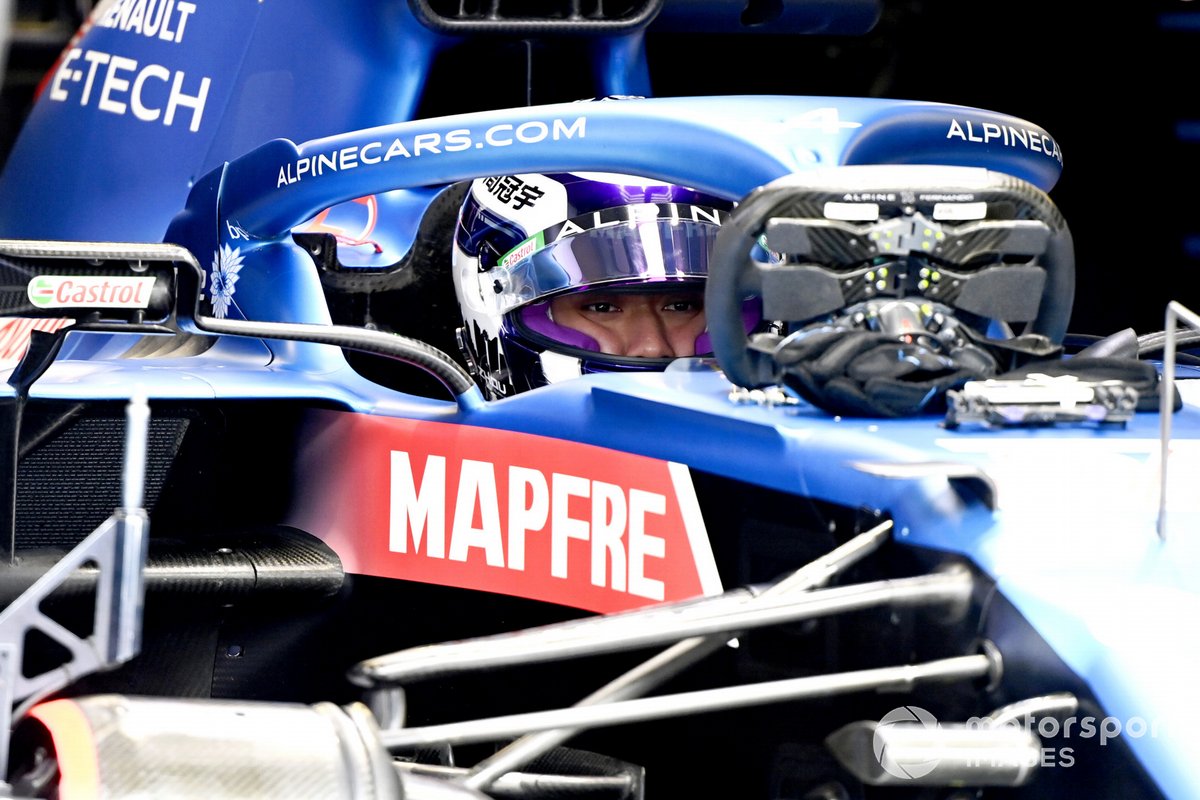 "I have a good relationship with Alpine. And it's important also for me to do it very openly, to discuss with them the situation. In the end it's a good story also for them, they helped him to come to F1."

Alfa heads into the new era of 2022 as the only team to have changed both drivers. It's an intriguing combination, with Bottas finally out of the shadow of Lewis Hamilton as clear team leader, and Zhou the rookie finding his feet.

"To have this kind of line-up with Valtteri having done pole positions and won races is a huge push for the company," says Vasseur. "We know also that he will have a huge pressure on his shoulders next year.

"I like this feeling at the end of the day, because we are all working under pressure. And this is the DNA of our business. And next year will be a huge challenge for us, with Zhou, with Valtteri for different reasons, and the new car. It's an exciting challenge."

What the team won't have is continuity in the cockpit. With all the other changes won't that lack of a reference be a handicap?

"I don't think so," says Vasseur. "I know that Gunther [Steiner] is convinced with this, but I don't think so. I think that it's important to have someone with experience. Because the team could be a bit lost. But then to do the comparison with the car of the year before, it makes no sense."

It could be argued that a change of rules is the ideal time to bring in a rookie, as it's a re-set for everyone else as well.

"I don't know if there is a good time to do it. When you see the regulations today, it's quite a huge step. But on the other hand F2 is also a good preparation, they are already running the 18-inch tire with Pirelli. They are running the same tracks. I think that the timing is good for him."

Zhou is also smart enough not to make waves and to absorb what he can from his new team mate.

"I hope that we will give him the opportunity to learn from Valtteri," says Vasseur. "And it's always beneficial to have someone with experience alongside, when the guy is able to do pole positions and to win races, it's a good example. 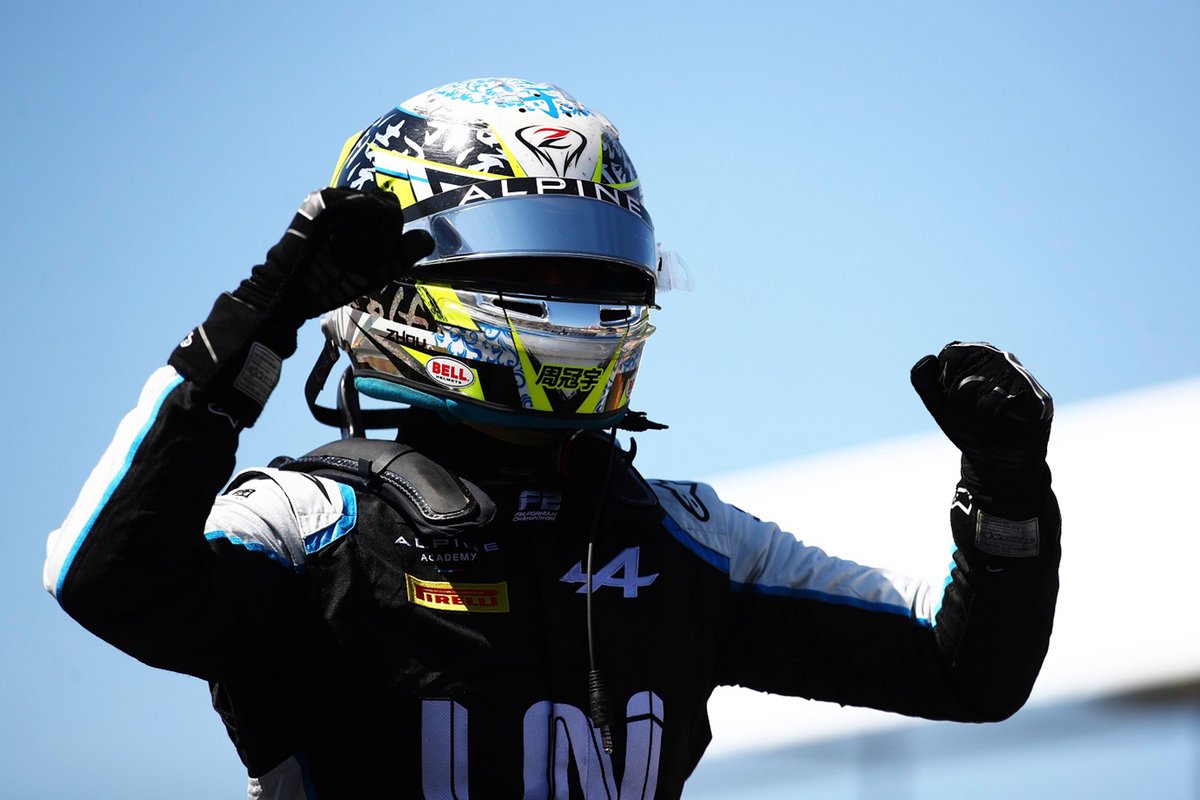