Red Bull’s development of its Formula 1 car has been nothing short of relentless this season, with new parts arriving at almost every race in the opening half of the campaign.

Whilst it’s an impressive feat, given the significant regulation change that arrives next year, against the backdrop of the cost cap it also shows its commitment level in the battle for the championships.

Aside from new engine cover bodywork that will be looked at later on, Red Bull was also ringing the changes in terms of its front brake duct layout in Mexico.

Another new inlet scoop arrangement was tested on Friday (inset), featuring three vertical channels rather than the horizontally subdivided version that it has been using for a number of races now.

This is the fifth iteration of the inlet scoop this season, showing the dedication Red Bull has to optimising the inlet’s shape and the performance it can deliver.

Meanwhile, the panelling that makes up the bypass duct, which is carved into the front face of the assembly, had also been specifically tailored towards the expected demands of the Autodromo Hermanos Rodríguez.

Ordinarily, the team would either use a full or partial panel, both of which carry a heat reflective material on them (bottom), to carry the airflow out through the wheel face.

The panel acts as a barrier within the bypass duct for the heat rejected from the brake disc drillings within. This creates a form of temperature control, as the heat isn’t exchanged as willingly with the wheel rim and consequently the tyre.

This delicately balanced dance between the need to cool the brakes, keep the tyres at the right temperature and offer aerodynamic support was disrupted for Mexico though, as the team exposed the brake disc to alter the balance between the heat transferred and aerodynamic influence offered.

Two solutions were tested on Friday, with Perez trialling a version without the additional panel on the outer collar, before switching to the solution run by Verstappen whereby an extra collar with a reflective surface was added to help influence the airflow's path (blue arrow). 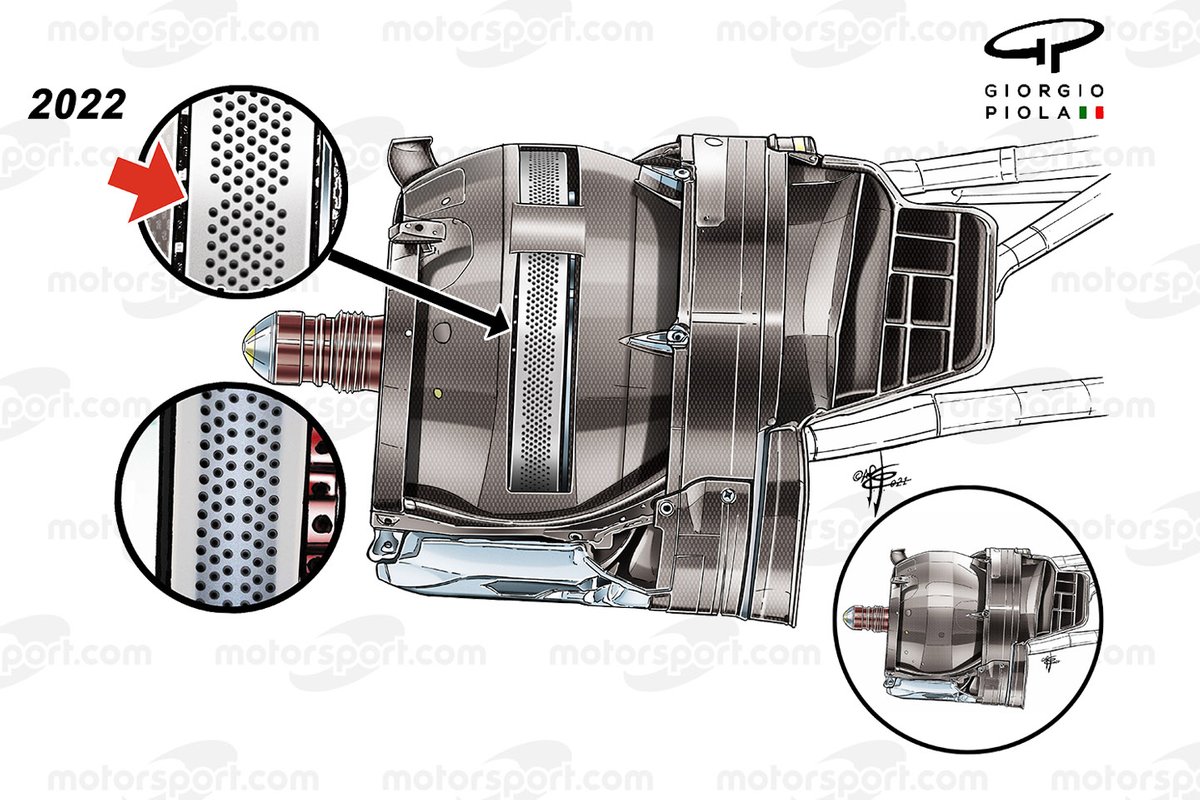 Red Bull was not the only team experimenting with a new brake arrangement either, as Ferrari also made changes in Mexico.

The Italian team opened up a pair of windows in the inner drum that exposed the brake disc to the airflow passing by, in order that it was drawn out of the wheel face in a different way.

On top of this, it began experimenting with a new material that it has been working on with Brembo for 2022, which has resulted in it abandoning the scalloped face and subtly altering the DNA of the drill pattern.

There will be further changes for 2022, but the data collected under race conditions over the course of the next few races will certainly serve to shape the continued development until then.

The Mexico City Grand Prix is an outlier on the F1 calendar, staged at just over 2200m above sea level.

That altitude poses some unique problems for the teams to overcome, as they must try to thrive, or even survive, in the rarefied air.

It’s a twofold problem too, as the reduction in air density wreaks havoc from both an aerodynamic and cooling perspective. It requires the teams to think carefully about how much performance they’re willing to give up in order to meet their objectives.

For example, if the track were at sea level or thereabouts, you’d likely see the teams run their cars much more trimmed out, something akin to the aerodynamic setup we’d see at Baku.

But, owing to the altitude, teams generally run with their maximum downforce setup, something that we’d ordinarily see at Monaco or Hungary, as there’s not the same drag penalty as there’d be at those venues.

In terms of cooling, the teams have to consider several factors, including the brakes and power unit, with teams naturally gravitating towards something a little more expansive to assist in keeping temperatures down. 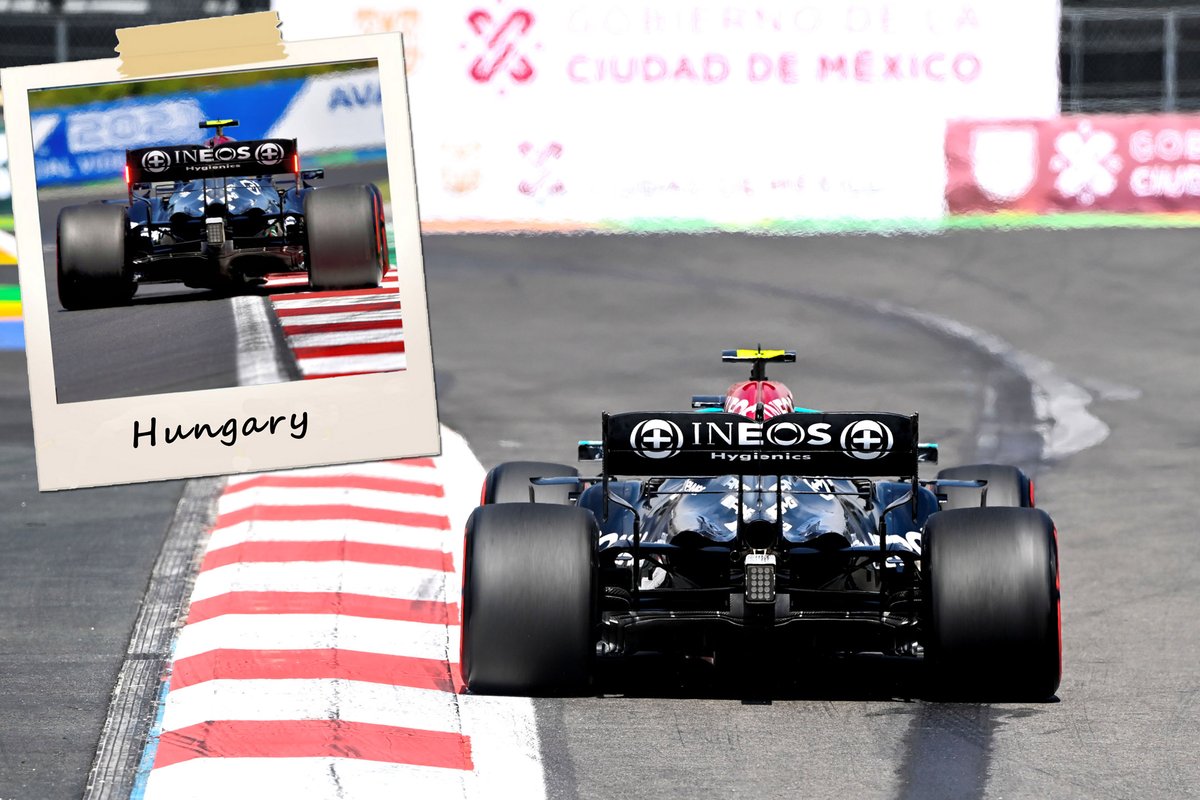 In Mercedes' case, we can see the synergy between its cooling arrangement used in Hungary and the one used in Mexico.

The team not only used a similarly sized rear outlet on both occasions, but it also had the panel beside the halo opened up and the largest louvred panel as its preferred choice.

Red Bull took things a step further though, introducing a new, larger engine cover outlet that will most certainly only be used at the Mexican Grand Prix.

The larger footprint of this cooling outlet can perhaps be more easily seen by the relative distance between the upper arms of the wishbone and the trailing edge of the engine cover, with that tide line a little higher in Mexico in order that the heat can be rejected more effectively. 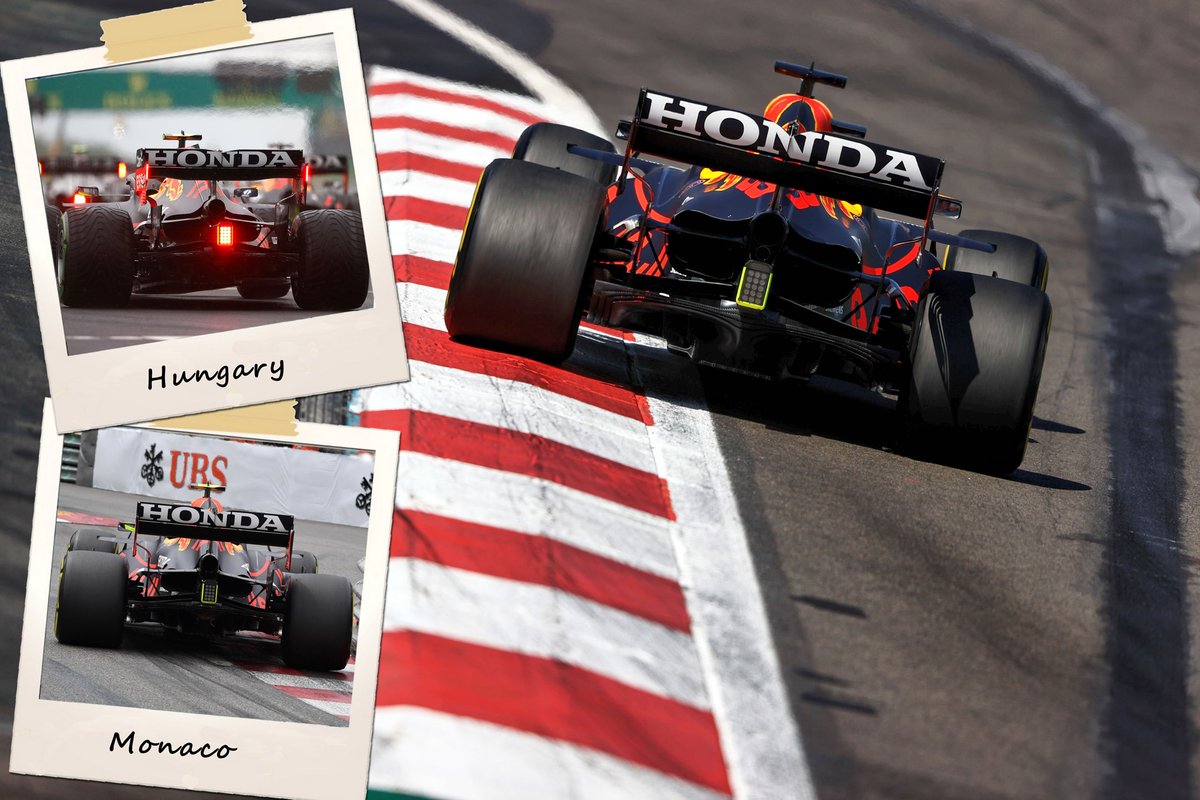 Red Bull wasn’t the only team to take a novel approach to cooling for Mexico though, as Alpine also resorted to opening up an extra outlet in the spine of the A521’s engine cover to help reject the heat being created.

Whilst not a feature usually found on the A521, this style of outlet in the spine of the engine cover is not a new feature for F1 teams. Many teams have opted to run supplementary outlets of various sizes in this location to help with cooling throughout the hybrid era.

The letterbox-like opening resides above the tail end of the power unit and in an area close to the turbocharger, which must work harder at altitude to produce the same results.

Aston Martin expecting Fallows on board by start of 2022 season