The inside story of Brabham's dramatic first title win 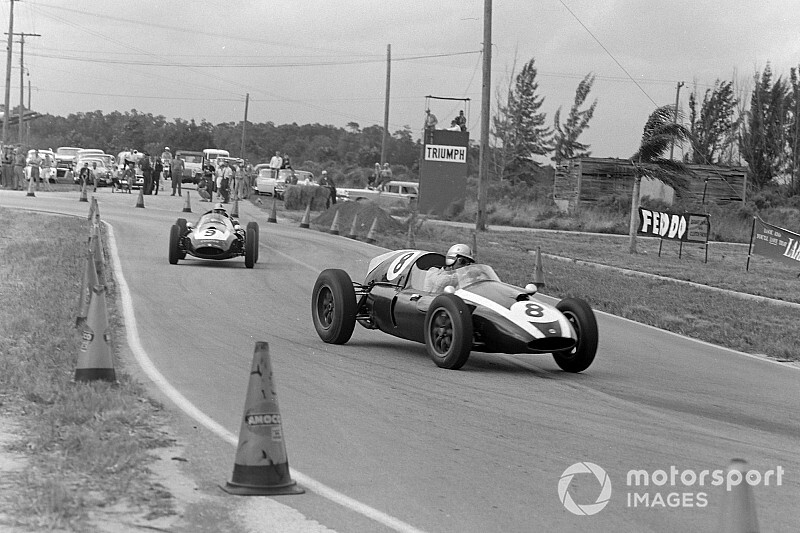 Jack Brabham's first Formula 1 title in 1959 is remembered for the dramatic finale at Sebring, but there's so much more to his victory than that, revealed in the inside story that he related to Autosport two decades ago

Sixty years ago today Jack Brabham clinched the 1959 Formula 1 World Championship for Cooper Cars after a dramatic United States Grand Prix at Sebring in which he pushed his out-of-fuel car across the line.

It was the first F1 title to be won with a rear-engined car, and also the first drivers' crown earned with a British manufacturer - although Vanwall had secured the inaugural constructors' version the previous year.

Ferrari flattered that Hamilton 'wants to join us'