Red Bull Formula 1 boss Christian Horner joked after the Hungarian Grand Prix that Max Verstappen had been left with less downforce than Mick Schumacher's Haas after the first corner pile-up.

Despite the red flag offering Red Bull the chance to effect repairs – which included taping up holes and bending pipework back in to shape – in the end some damage could not be fixed in time before the race itself got properly going.

"It was just too much," said Horner.

But while from far away television cameras Verstappen's RB16B did not look too badly out of shape, it was only after the race that the extent of what he was battling again came to light.

An intriguing close-up photo posted on Formula 1's own Instagram feed highlighted how Verstappen had been missing almost the entire aero components on the right side of his car.

The scale of the damage heightened suggestions that without the opportunity offered by the red flag repairs, then Verstappen would almost certainly have been forced to retire.

Horner himself indicated that internal damage to the coolers housed within the sidepod would have been a race ending factor.

"The temperatures were off the scale and they had to straighten pipes and fix the right side as much as possible in very limited time," he explained.

This scenario obviously raises further questions about the state of the ICE, something Honda will have to evaluate during the summer break.

Although were no concerns immediately after the race, it is not impossible that the crash could have longer term implications on the state of his power unit, which had been fitted fresh on race morning after Honda discovered a crack in the unit he had been set to run.

Red Bull's focus on repairing the cooler and pipework had a big impact on how much of the bodywork could be fixed too, with only the sidepod bodywork replaced, as it had been punctured during the accident.

The splitter and floor could only be simply secured, tidied up and their edges taped.

The remaining bargeboard and sidepod deflector elements were trimmed back in order that they didn't disintegrate and create more debris. 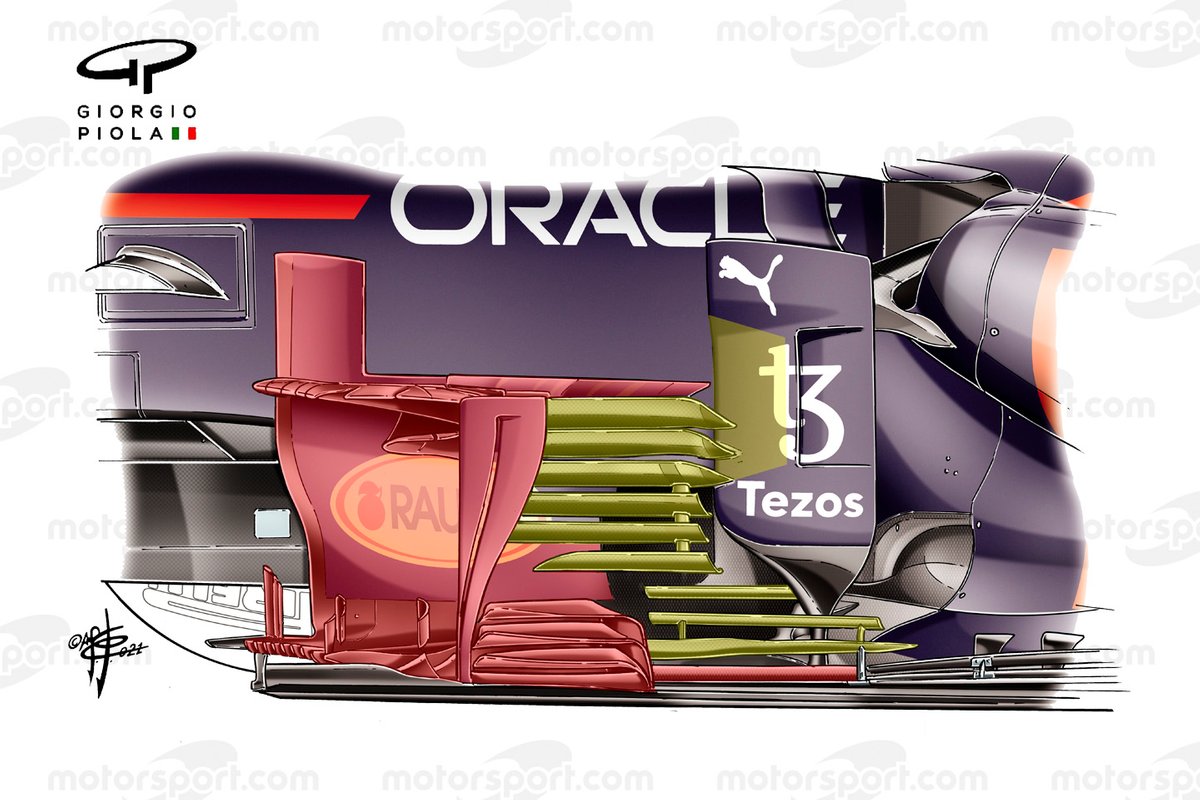 To give you an idea of the work that was undertaken during the red flag period, the red section shown on the illustration above was completely missing when the car arrived back in the pitlane but the section in yellow had to be stripped away and the edge of the skyscraper deflector taped up.

As we know, this area of the car is very sensitive and offers a huge amount of performance, with teams constantly updating the bargeboard cluster, floor and sidepod deflectors.

Missing so much bodywork not only strips the car of much-needed downforce, but also makes it incredibly unstable as Verstappen describes here.

"The mechanics did what they could to get me back in the race, but I was carrying a lot of damage on the car after the incident and it was super difficult to drive with," said Verstappen. "There was a lot of oversteer and understeer from the downforce loss".

And while Verstappen may have been disappointed with recovering to just a 10th place finish – provisionally ninth pending the outcome of Sebastian Vettel's appeal – at the end of the title battle he knows that a single point can make all the difference in who lifts the world championship trophy. 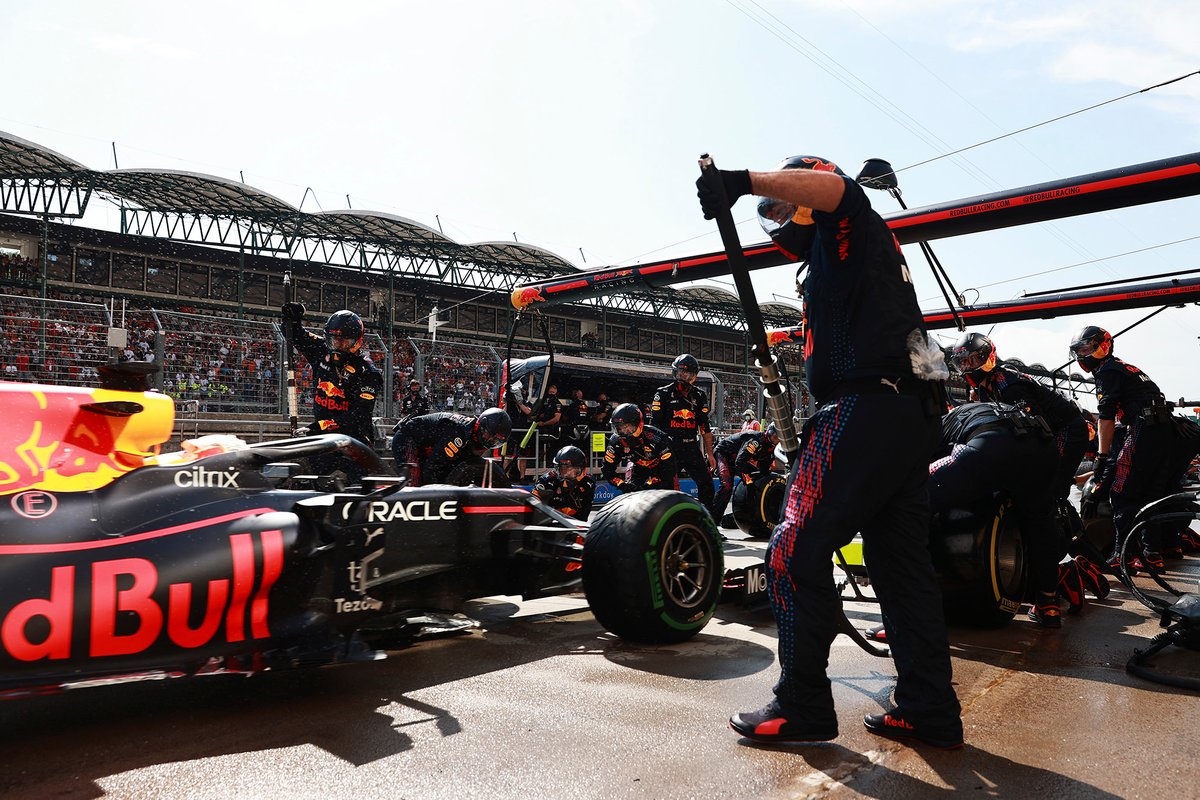