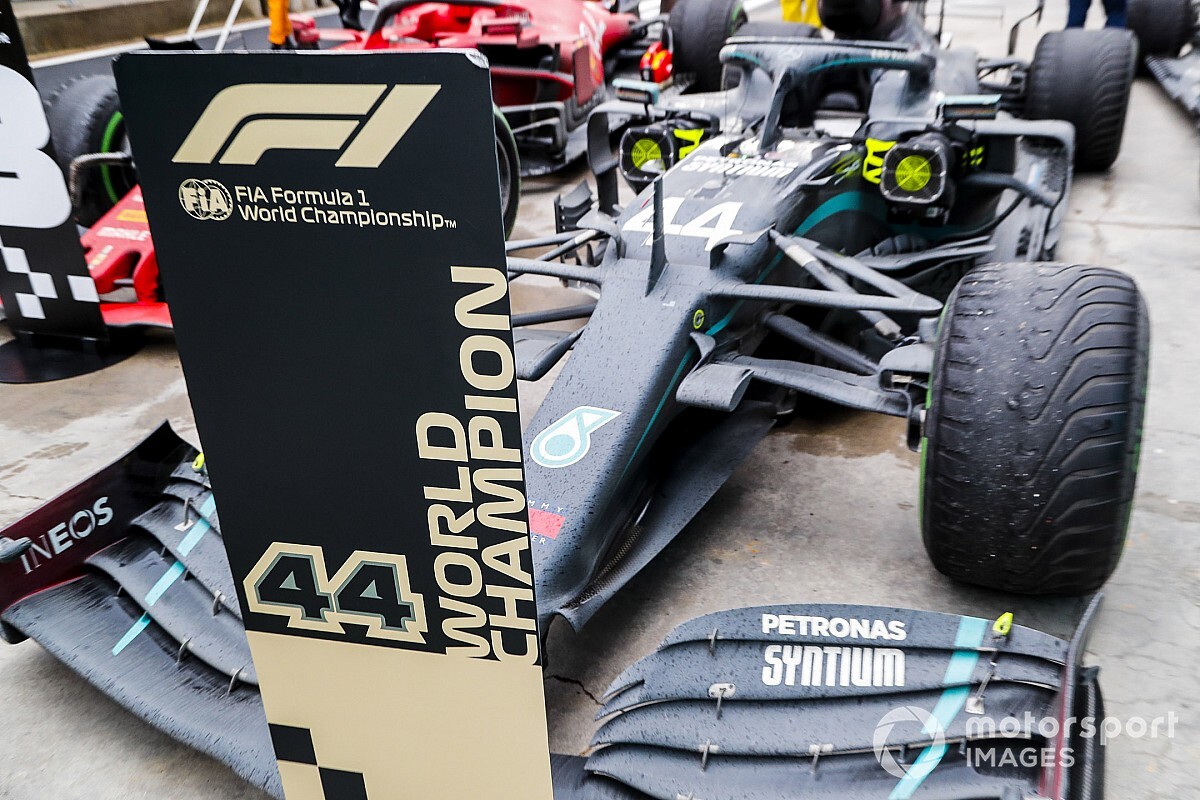 Lewis Hamilton has sealed his record-equalling seventh Formula 1 world title, putting him level with Michael Schumacher at the top of the only statistical tally that really counts: championship totals.

But this has been far from a normal season, even if Mercedes' dominance has continued largely uninterrupted, and in several ways increased. The coronavirus pandemic upended the expected campaign, causing a four-month gap between the end of winter testing and the season's start finally taking place in Austria. Hamilton's seventh title triumph comes in the shortest season he has entered since 2009, with the ever-present threat of race cancellations or missing events via a positive test hanging over the drivers.

Hamilton: I want to stay in F1 for a chance to change world

Turkish GP a "race to forget" for Verstappen