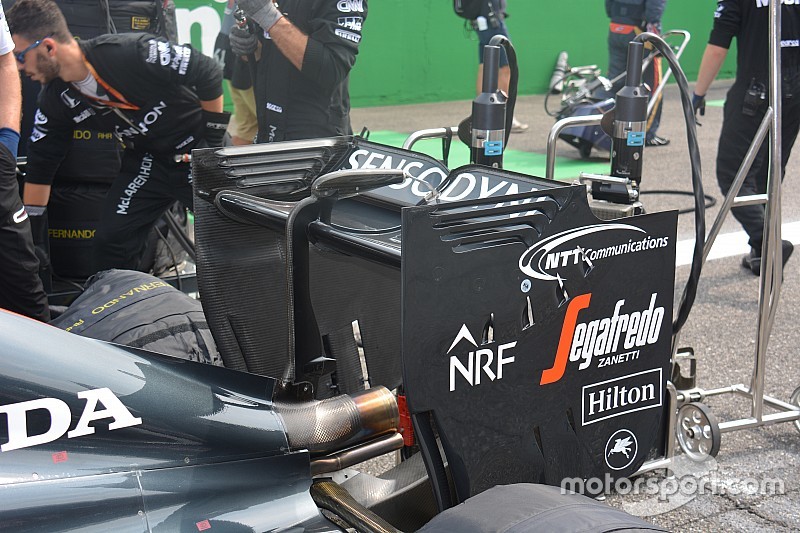 Mercedes had a pretty easy time in Italy, but the fight between Williams and Force India to finish ahead in the standings got ever more intense. Giorgio Piola and Matt Somerfield look at how the teams prepared for Monza's unique challenge. 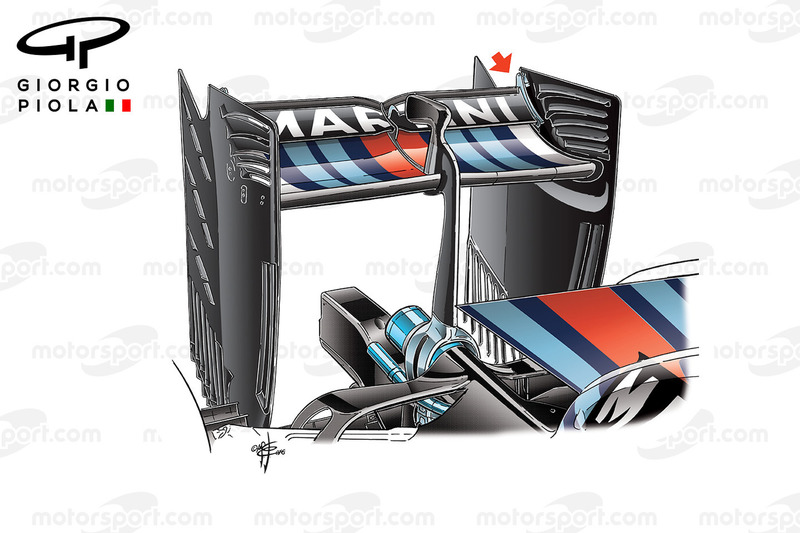 To take the fight to Force India for fourth place in the championship, Williams decided to use the same philosophy as last season, cutting down the rear wing's upper flap to reduce drag.

In a pit-to-commentary interview with the UK’s Channel 4 team, Pat Symonds admitted that the need to create a ‘one-off’ aero setup for the needs of Monza was quite draining on resources and, although necessary, was something that perhaps played into the hands of those with a larger budget.

Williams' overall design philosophy tends to see the FW38 do better at circuits that require less downforce in any case but the reduction in flap height will have undoubtedly helped them to achieve VMax more easily. 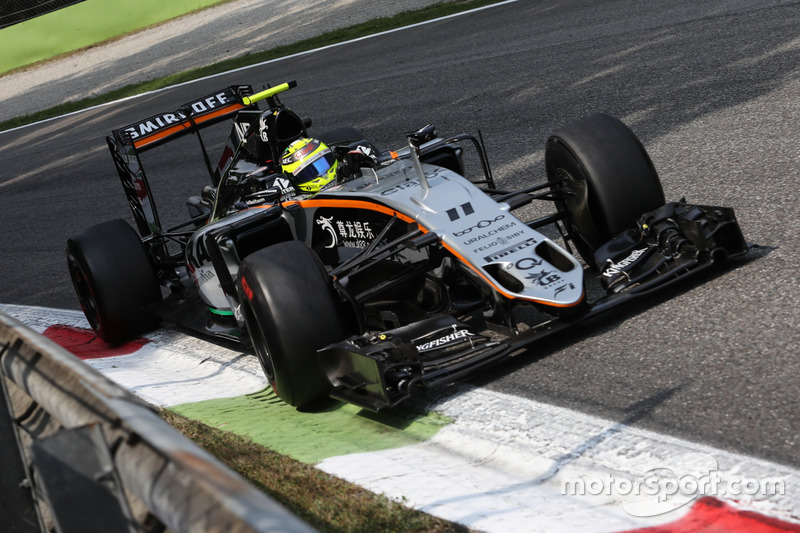 Balancing budget vs. development is something that pains Force India, too, and whilst it would have probably liked to build a Monza-specific wing, just like Williams it's forced to consider the entire season and make do with parts already utilized elsewhere.

Unlike preceding years where Force India has focused on a low-drag car, much like Williams, a change in direction to chase downforce means that the team tends to do better at circuits it has traditionally struggled at.

The B-Spec car introduced in Spain (above) has been a revelation, catapulting the team toward its championship ambitions. It's a testament to signings within Force India's aero department and the switch made late in 2015 to the Toyota wind tunnel facilities in Cologne, as the team's outdated tunnel back at base was no longer really viable.

This has allowed Force India to work with a 60% scale model, improving correlation between what was being designed and the parts being taken to the track. 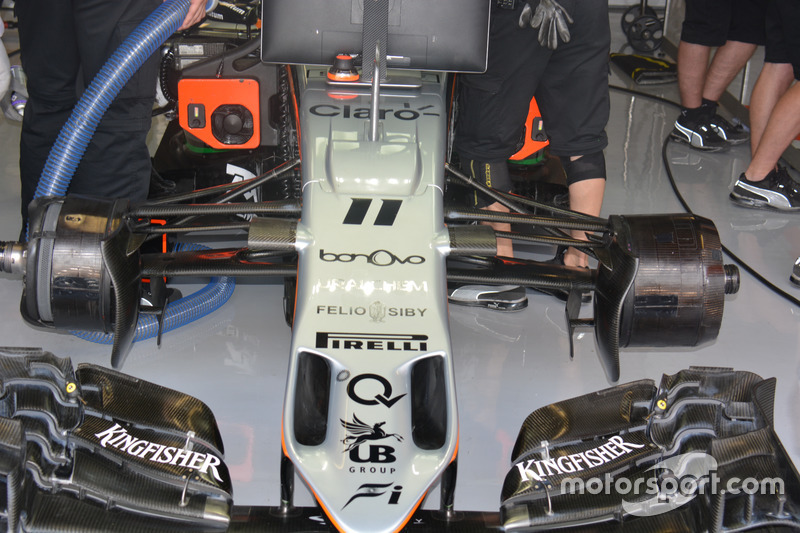 The team's main efforts in Monza were to maximise the performance of the car with the package it had and in the case of the tyres, which were once again inflated to high pressures, a certain degree of caution had to be heeded.

As such, Force India ran with an asymmetric front brake duct layout, utilising a closed drum on the left-hand side of the car and a more open arrangement on the left, exposing the brake disc.

This changes the way in which heat generated by the brakes is radiated into the wheel rim and tyre in order to balance performance on either side of the car, given it is a clockwise circuit.

McLaren’s recent upswing in form is largely down to the improvement of the Honda power unit but that also means an adaption on the chassis side, too, which it is clearly doing a good job.

Monza was always going to show up the frailties of the RA616-H when compared with the other power units but the team tried to marginalize those issues with a low-downforce package. 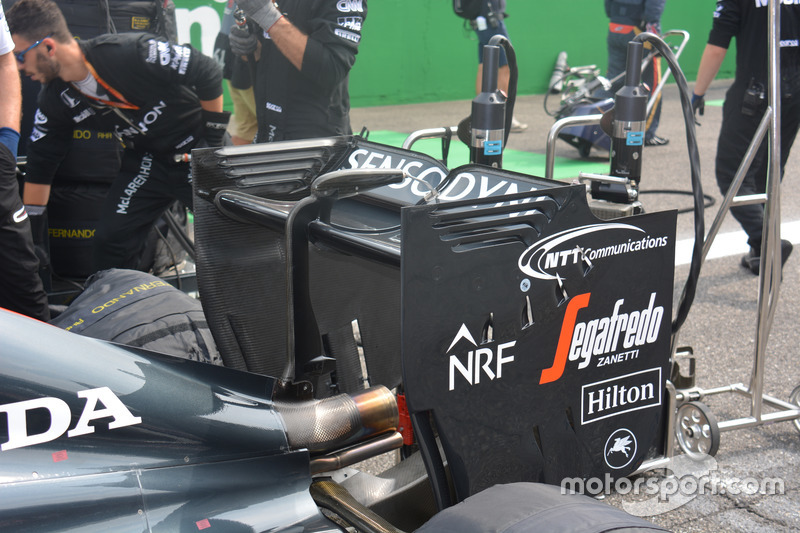 The rear wing is similar to the one used in Baku, featuring a pair of much shorter flaps, set at a much shallower angle of attack, both of which are supplemented by just three endplate louvres to displace the already lessened vortex created at the wing tips.

The team discontinued use of the monkey seat, too, reducing the connection between the diffuser and rear wing, which has an impact on stability but does reduce drag further.

Ecclestone: I've been asked to stay for three more years