Tech debrief: How Manor punched above its weight at Monza 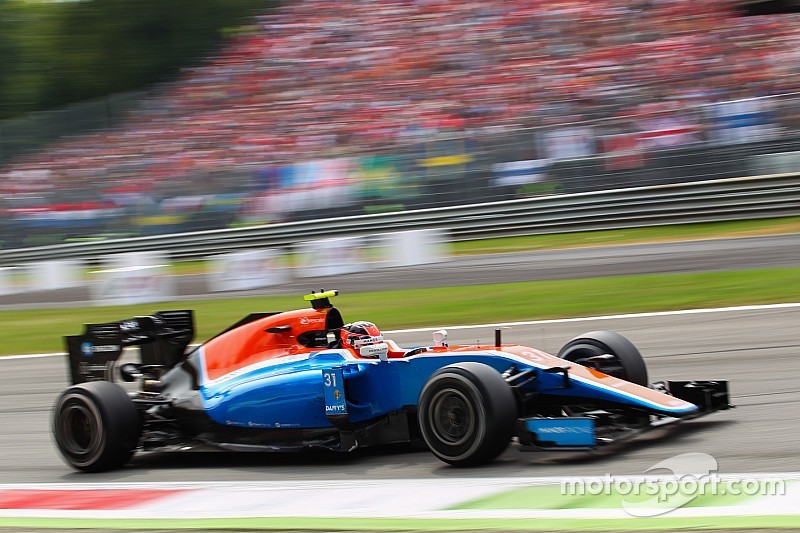 Manor continued its upward trend in the Italian Grand Prix, surprising some of the midfield teams, at least until it suffered reliability problems.

The small team that nearly exited the sport is really starting to punch above its weight. Another fantastic performance from Pascal Wehrlein saw the Manor progress to Q2 once more and line-up 13th on the grid, following Grosjean's five-place grid penalty.

However, niggles for its other driver Esteban Ocon and the demise of Wehrlein during the race, owing to a loss oil pressure, means the team still needs to work hard to convert its upturn in pace into results. 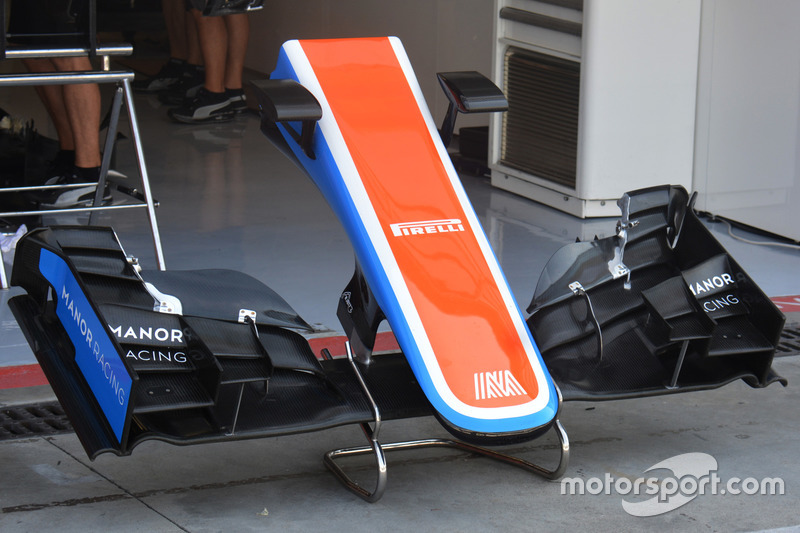 For Monza the team introduced a new front wing flap option, whereby the two-flap configuration ordinarily run by the team was reduced to a singular, albeit larger single flap.

Of course this is done to reduce the load on the front axle, balancing any changes made to the rear wing, as the team looks for an overall reduction in drag to improve top speed. 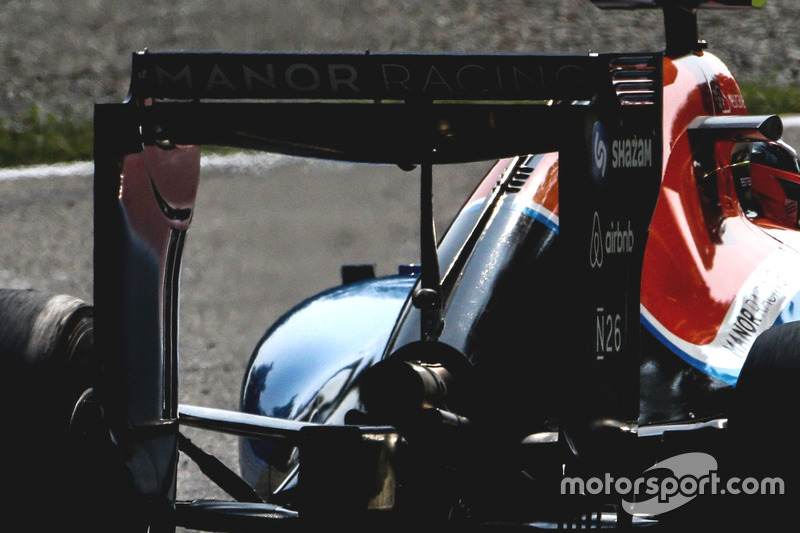 It appears that the idea was to pair the front wing with a new spoon style rear wing that was introduced but was not actually raced by the team (above).

In a very similar vein to Mercedes' spoon wing, the central portion creates a dip to improve downforce, whilst the outer shorter chord sections help to reduce the size and intensity of the wing tip vortex to reduce drag.

Its intent was to run the wing without a monkey seat too, but it appears that the rear wing either didn't live up to expectations or it couldn't arrive at the right set-up quickly enough to include it. 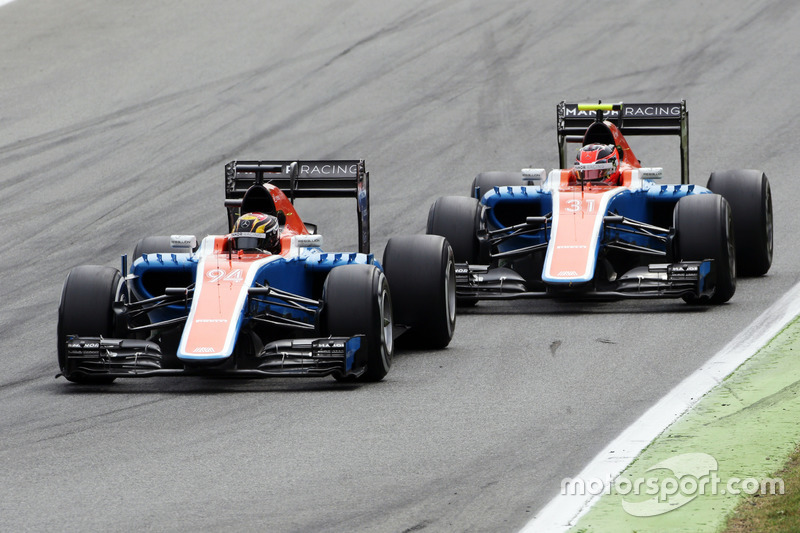 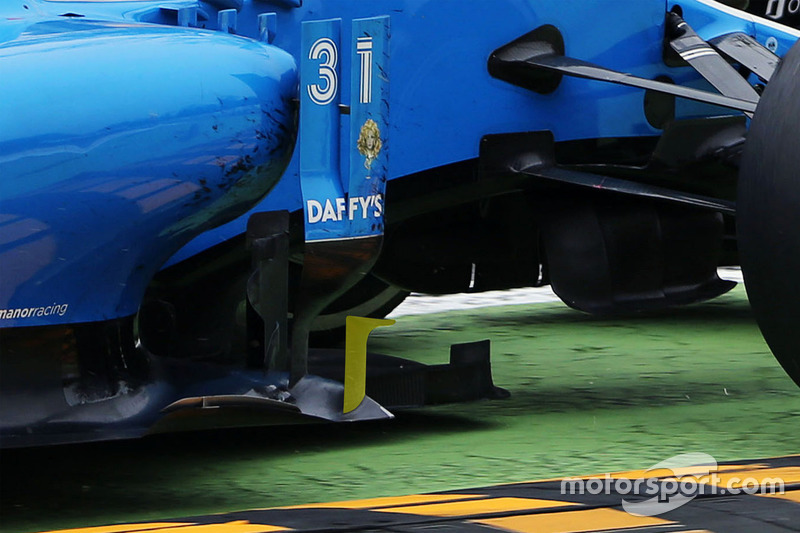 The one thing that did stay on both cars though was a new cobra style vane (highlighted in yellow) mounted on the floors axehead.

It's something we've seen the team use in its previous guise when fitted to the MR03B during the 2015 season and impedes some of the potential damage that wake shed by the front tyre can have on the surrounding airflow structures.

Toro Rosso has been displeased by the 'B-spec' aero package it introduced in Germany. So much so that it decided to conduct back-to-back tests with the old configuration during free practice, as it tried to understand just why it wasn't getting the numbers promised in the wind tunnel. 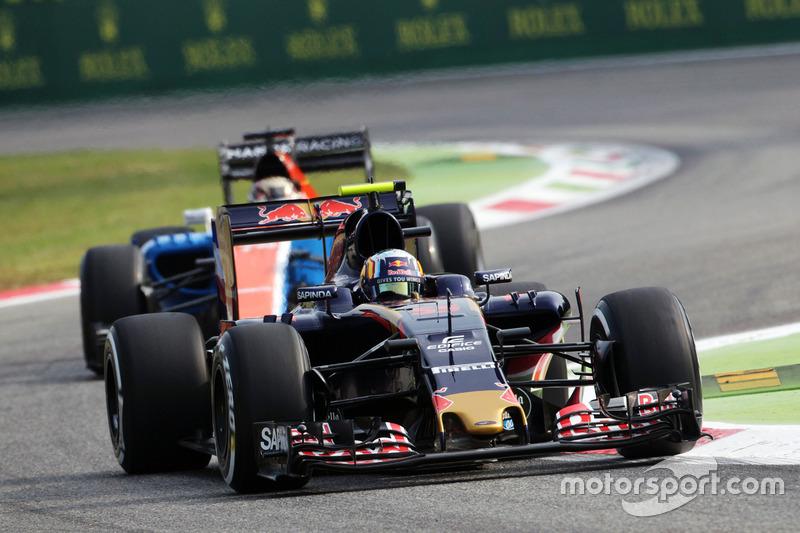 Carlos Sainz, who clearly has a little more experience with the old package than Kvyat, completed the back-to-back comparison in order for the data to be scrutinised by the trackside and factory-based teams to establish its direction going forward.

We await the results in the next few GPs but in the meantime both drivers ran the new specification for qualifying and the race. 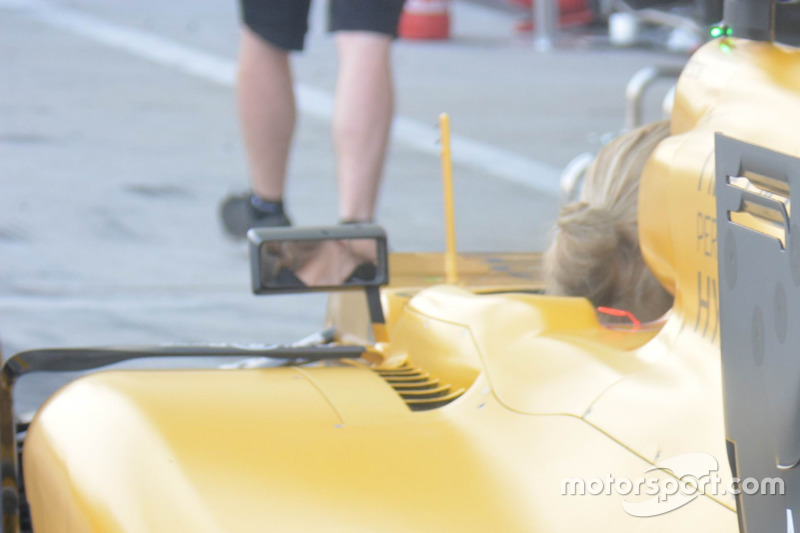 Renault had some new bodywork at the Belgian GP but with temperatures soaring it convinced itself not to run it, as it was only a test for the forthcoming flyaways where it is scheduled to introduce a new power unit.

However, during FP3 in Italy the team swiftly conducted some tests with the bodywork mounted on Jolyon Palmer's car. The package consists of new panels around the cockpit, complete with louvres that displace the heat rejected in that region (above). 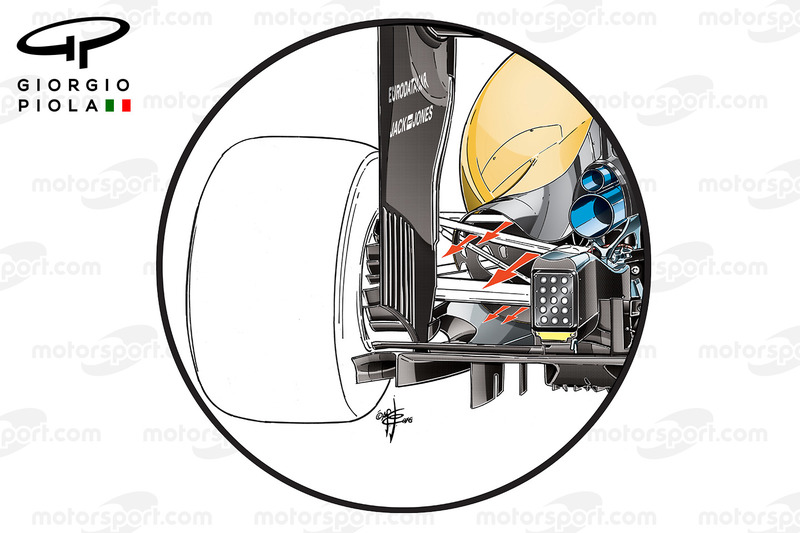 Whilst at the rear of the car the sidepods shape has been changed to create a much larger cooling aperture, indicating that the increased track temperatures at the forthcoming grands prix and the updated power unit require a sensible approach to cooling.

The $9.3 billion question: What does Liberty see in F1?