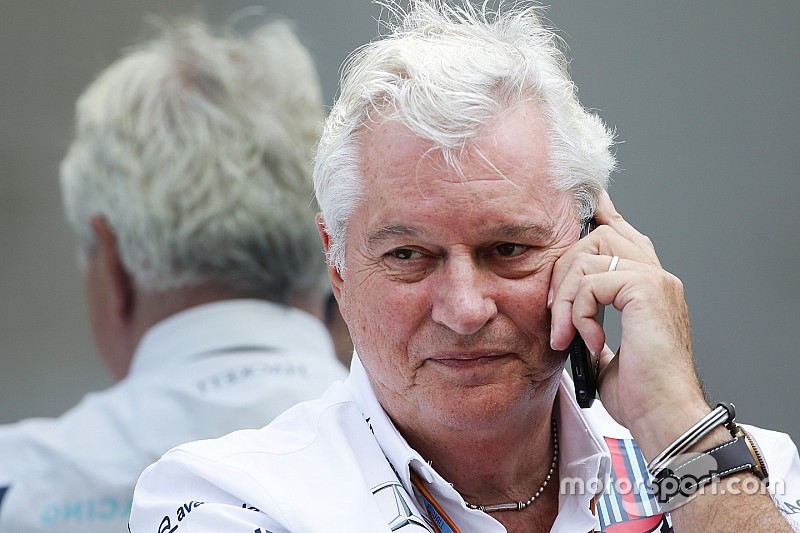 Williams F1 Chief Technical Officer Pat Symonds will leave the British team at the end of 2016, it has been announced.

As revealed by Motorsport.com's sister publication Autosport, the 63-year-old tech chief, who joined Williams in 2013, will no longer be involved with the Grove-based team's preparations for the upcoming 2017 F1 season.

In a statement on Tuesday, Williams confirmed Symonds would be officially stepping down from his role at the end of 2016.

"Pat has been a tremendous asset to this team over the past three years," deputy team principal Claire Williams said in the statement.

"Pat's appointment was the start of a major restructuring exercise, and he has been pivotal in reshaping Williams into what is a much stronger team today. I would like to thank him for all of his hard work and commitment during that time."

Symonds' exit has been foreshadowed by the news that Williams was set to sign Paddy Lowe away from Mercedes.

It was believed that Lowe's arrival could allow Symonds to retire at the end of 2017 after a transition phase, but the process appears to have been accelerated.

Said Williams: "We now look to the future and will be announcing details regarding the team's technical leadership in due course."

Symonds has enjoyed an illustrious career in various technical engineering roles in Formula 1, which included a lengthy at the Enstone-based Renault team during its heyday.

He left Renault and was banned from Formula 1 during the fallout from the 2008 Singaporean Grand Prix "crashgate" scandal, but the ban was ultimately rescinded, allowing Symonds to return to the sport.

Symonds' Williams exit comes against the backdrop of uncertainty regarding the outfit's 2017 line-up, brought on by Nico Rosberg's shock decision to retire from Mercedes and the German marque's subsequent interest in Valtteri Bottas, who Symonds dubbed "crucial" to the Grove-based teams future efforts.