Giorgio Piola looks at the recent low-downforce updates introduced by Formula 1 teams after Spa and ahead of the Italian Grand Prix.

Formula 1 returned from its summer break to a Spa-Francorchamps track that has totally different demands from the Hungarian race before it.

While out-and-out downforce is the name of the game at the Hungaroring, Spa demands medium downforce levels, low drag – and a tricky balance between top speed for the straights and grip for the tricky middle sector.

It was interesting that teams took very different routes, with some opting for all new solutions, some tweaking what they already had and some even going back to old solutions 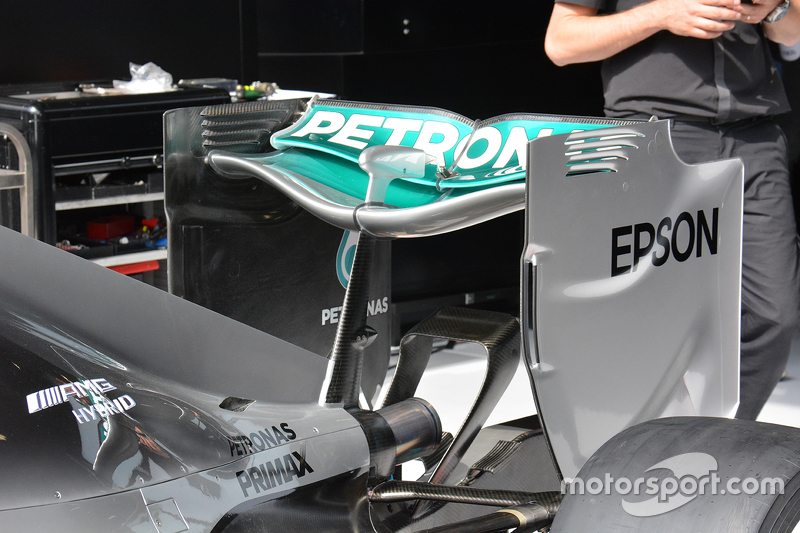 The most eye-grabbing development was the new Mercedes 'spoon' rear wing that both Lewis Hamilton and Nico Rosberg ran.

Such a design concept is nothing new in F1, with McLaren having first used this style as long ago as 2006 and sticking with it for the following season.

Mercedes' push to ensure it keeps bringing developments is unrelenting, and it said much about the faith they had in this design (perfect for high-speed tracks) that it committed to it from the start with no back-to-back testing of a Canada-specification wing.

The team also used a monkey seat, that had been tested at Silverstone ahead of the British Grand Prix but not raced at the time. 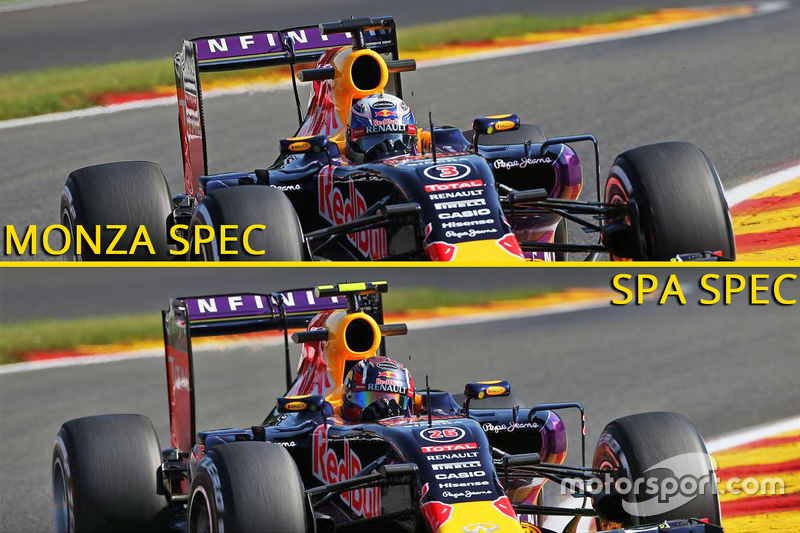 Red Bull knows a thing or two about running in low-downforce configuration, having had to compensate for its lack of power over the past two seasons.

On the Friday at Spa, it ran a rear wing that is likely to only be used at the next race in Italy. It featured no gills on the endplate, and with a very low profile main plane cord.

Despite being tested extensively on Friday by Daniel Ricciardo, in the end he opted for the same version that Daniil Kvyat had run with all day and that delivered slightly more downforce.

That wing had two horizontal gills at the top, and a long vertical gap at the start of the endplates. 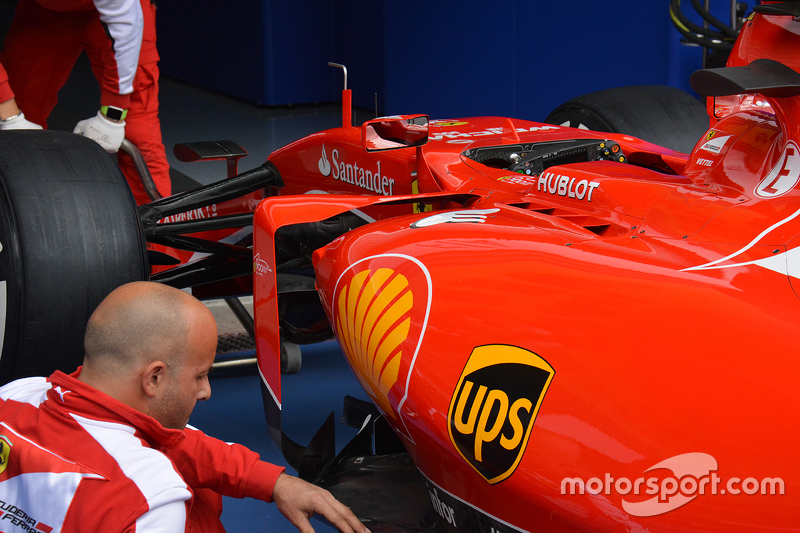 Ferrari introduced a low-downforce front wing at Spa, whose main difference was that it did not feature the usual upper flap, and was also without the extra deck towards the endplate.

Elsewhere, Ferrari reverted to the bodywork solution that it had used prior to the Spanish Grand Prix, when it had overhauled its concept.

That was not because it had gone in the wrong direction but simply because it was better suited to a lower downforce and lower drag track. 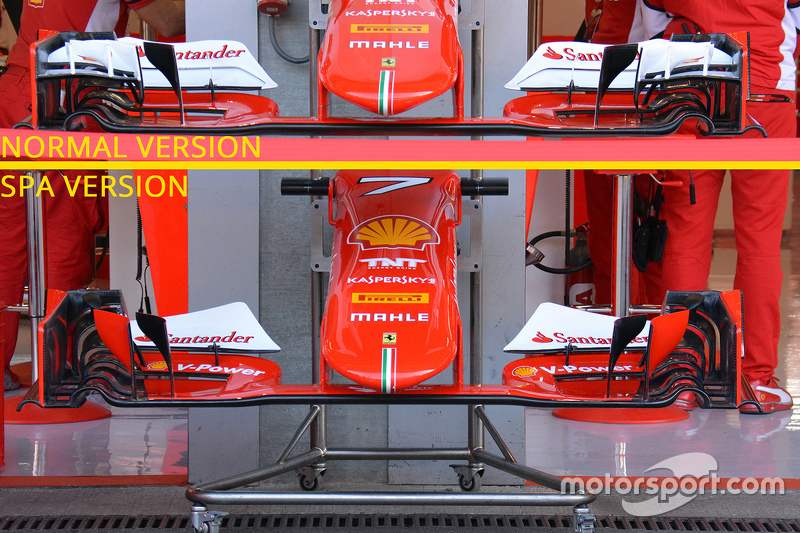 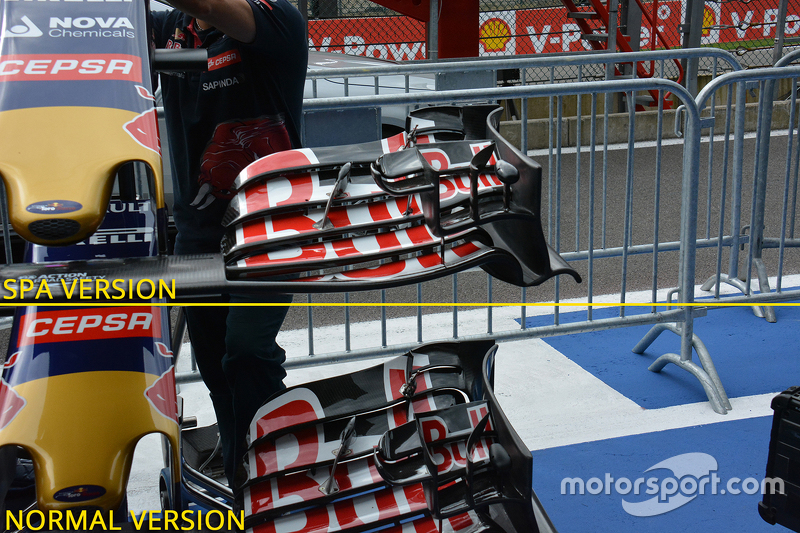 Toro Rosso introduced a low downforce configuration rear wing, which had a very low profile. There was also a horizontal slit in the upper part of the endplate, as well as the vertical gills further down.

The team also made tweaks to the front wing – where the main difference was in cutting away the top flap to have less drag – and therefore better top speed. 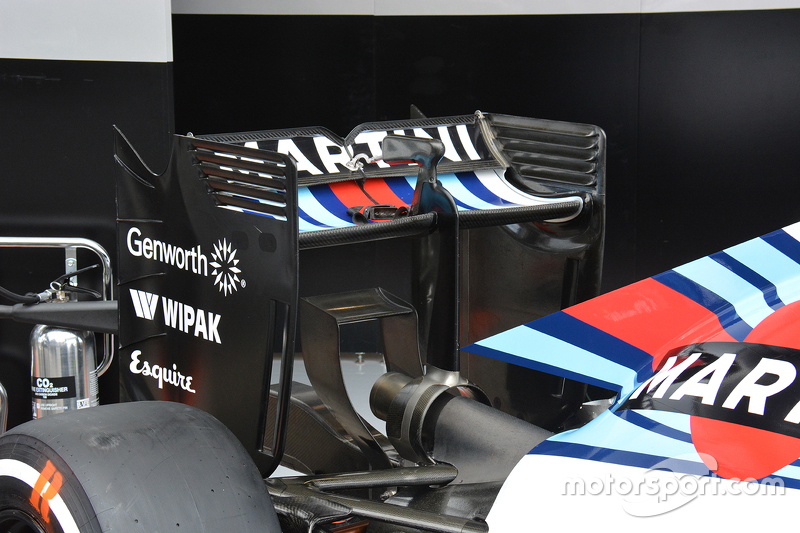 Williams decided to go a different route to everybody else with a higher downforce approach – which was evident because the team rarely featured at the top of the speed trap figures.

The team used quite a high downforce rear wing, with five gills on the endplate and quite a high angle of attack with the main plane.

A concession to reducing drag was the V-shape in the top flap too.

The team retained the monkey seat too, which it is known to have used to prevent its rear wing stalling as happened earlier this year.

Lotus looks ahead to the Italian Grand Prix