Tech analysis: How Renault made big progress with its 2017 car

A stellar showing in the opening week of the pre-season Formula 1 testing at Barcelona has put Renault in a good position to move on from its underwhelming return campaign in 2016.

The RS17, fourth-quickest on pure laptimes among the F1 contingent in Barcelona, looks a major step change compared to the RS16. That car was compromised by the late takeover of the team but more weight has clearly been thrown behind this year's challenger.

The bargeboards and airflow conditioners are an extremely complex area of the car given the change in regulations for 2017. Renault’s boomerang-shaped airflow conditioner is testament to this and features three slots in its lower surface in order to improve efficiency, while the bargeboard is shaped to maximize the upturned leading floor edge. 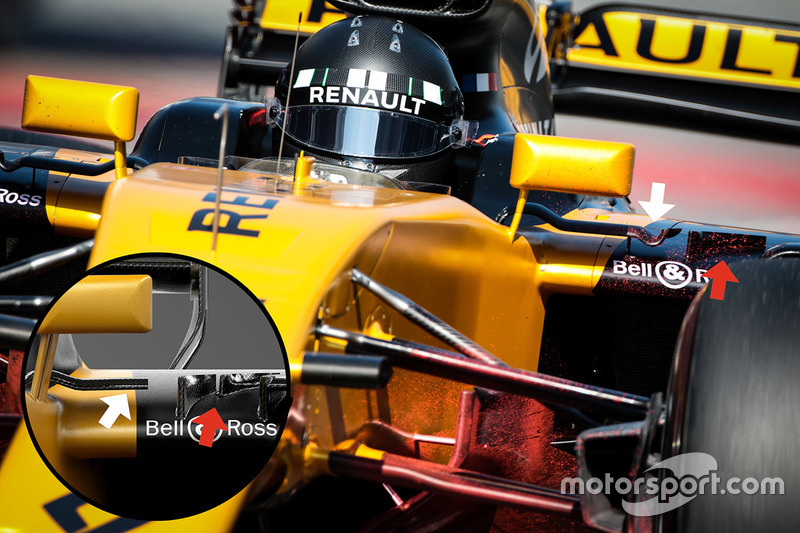 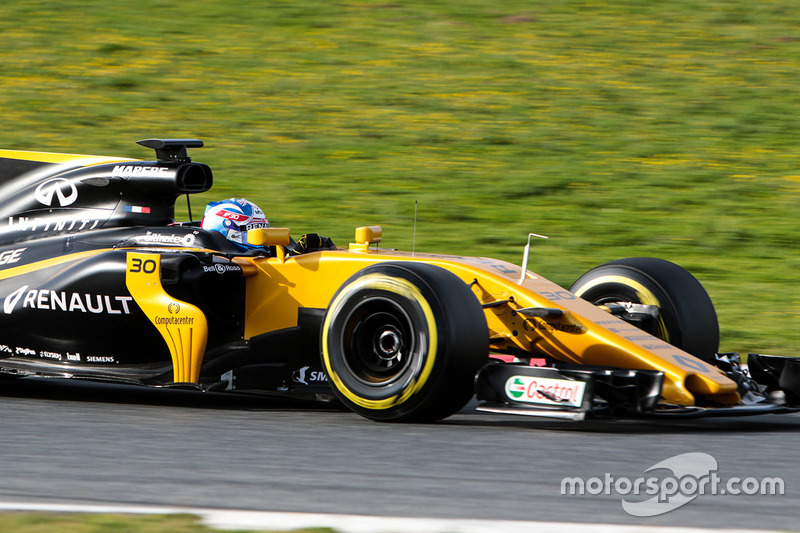 The team also introduced a blown axle solution during testing which will assist the front wing in dealing with the wake generated by the front tyre. 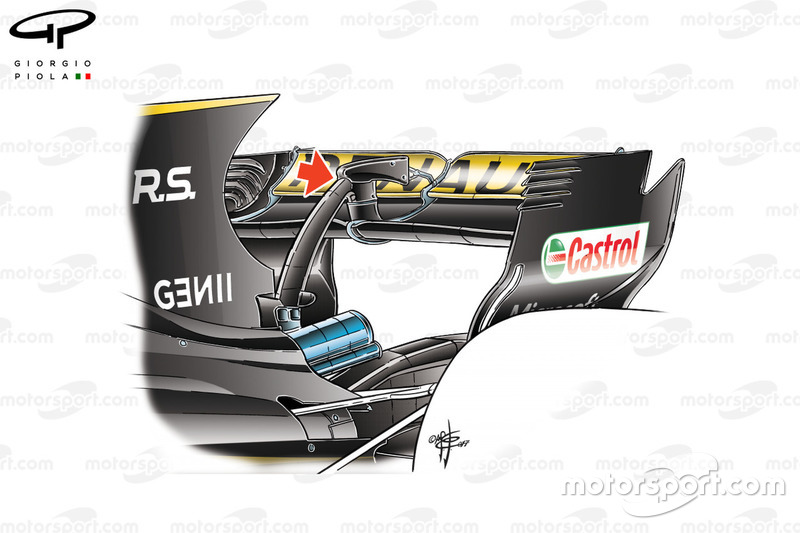 The legality of Renault’s rear wing support pillar was questioned by several teams following the car's unveiling, as it connected directly to the DRS actuator pod rather than connecting with the mainplane (arrowed). Of course, Renault wanted to use this solution as it improves the performance of the rear wing, given the mainplane is less disturbed.

It's understood that the FIA has since clarified their position, advising that the design must be tweaked ahead of the Australian Grand Prix in order that the pillar intersect with the mainplane. 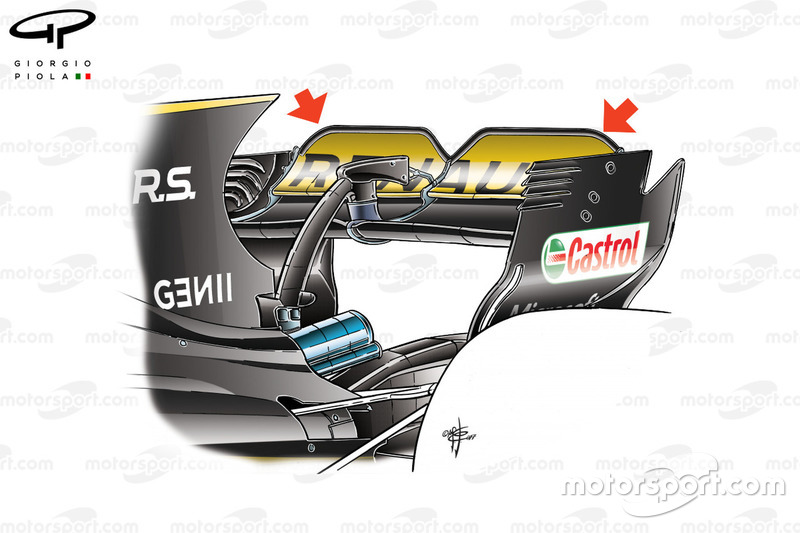 Toward the end of the first test, the team also trialled a tall upper flap with a large central V cut, which is likely for simulation purposes - its height will undoubtedly be called into question if the team was to try to run it during a race weekend, as the flap clearly exceeds the 800mm height for bodywork behind the rear wheel centerline mentioned in article 3.6.2 of the technical regulations.

Although that's not to say that Renault hasn't found a contradictory statement in the minutia of details that connect one article in the regulations with another.