Tech analysis: How Mercedes has taken F1's S-duct to the next level 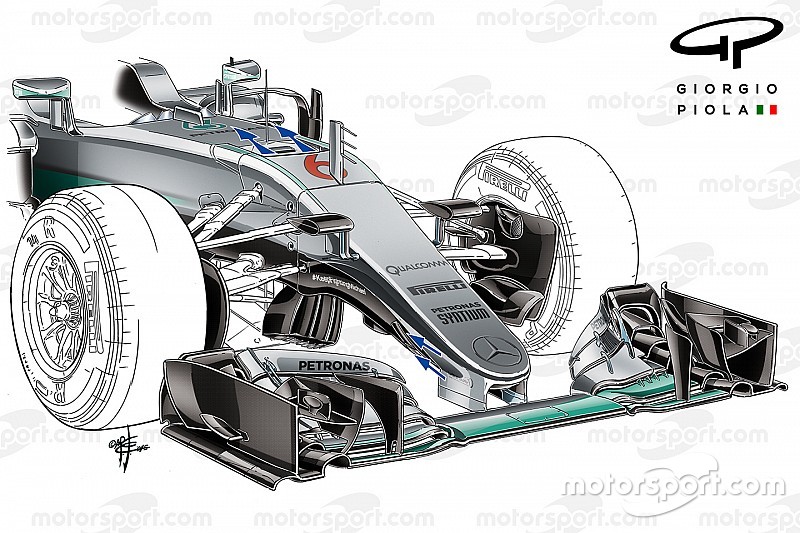 Giorgio Piola and Matt Somerfield take a look at how some clever thinking from Mercedes and Toro Rosso has lifted the game of S-ducts in Formula 1.

When Mercedes unveiled its shark nose S-duct concept at Barcelona, it raised a few eyebrows about how it had managed to incorporate the design within the framework of the current regulations.

For while a number of teams have used S-ducts in recent years, getting them to work as effectively as they would like has been difficult because of a regulatory clampdown from the FIA.

So to fully understand how the Mercedes concept, which has also been adopted by Toro Rosso, differs from others, we need to look at other designs first.

Let's start with a small history lesson, using the Ferrari F2008 which is the baseline for the current iteration of the S-ducts. 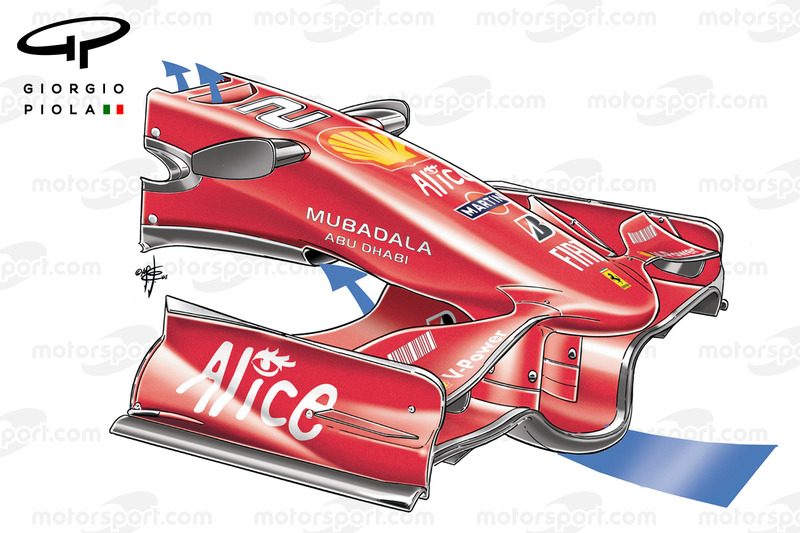 The premise of this was to both improve under nose performance and overcome the inclination of the nose's upper surface, through the use of the Coanda effect.

This powers nearby airflow back to the surface of the nose/chassis, which would have ordinarily detached and thereby reduced performance.

However, when the regulations changed in 2009, loopholes that allowed these old style S-ducts were closed down.

Then, following Mercedes using the front wing stalling double-DRS system in 2012, the FIA made clear that the only holes allowed in the nose were for driver cooling. These could be set no further forward than 150mm from the front wheel centre line.

This measurement is what has allowed teams like Sauber, Red Bull, McLaren and Force India to run S-ducts in recent years. 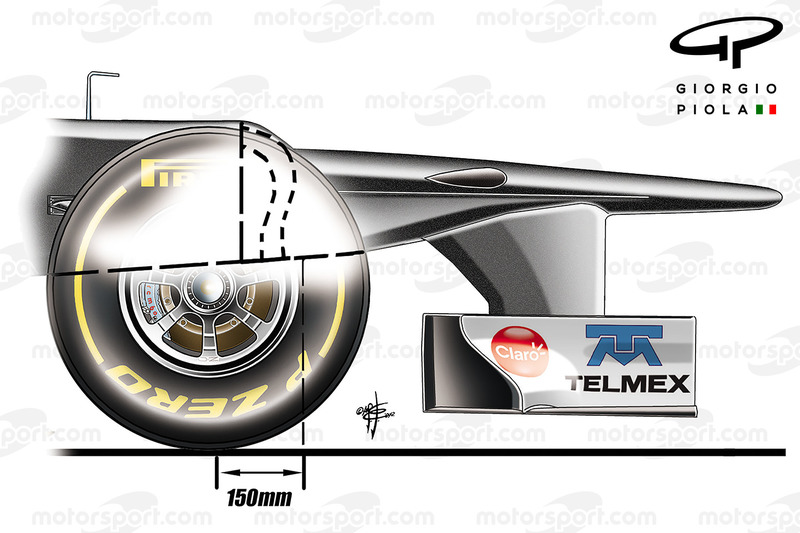 The inlet is set at 150mm forward of the front wheel centre line, and the pipework weaves its way, shaped like an S, to a point of the chassis where the exit lies.

As has been observed at the first test, Mercedes and Toro Rosso's inlets are placed much further forward than this line - which is more desirable for aerodynamic performance. 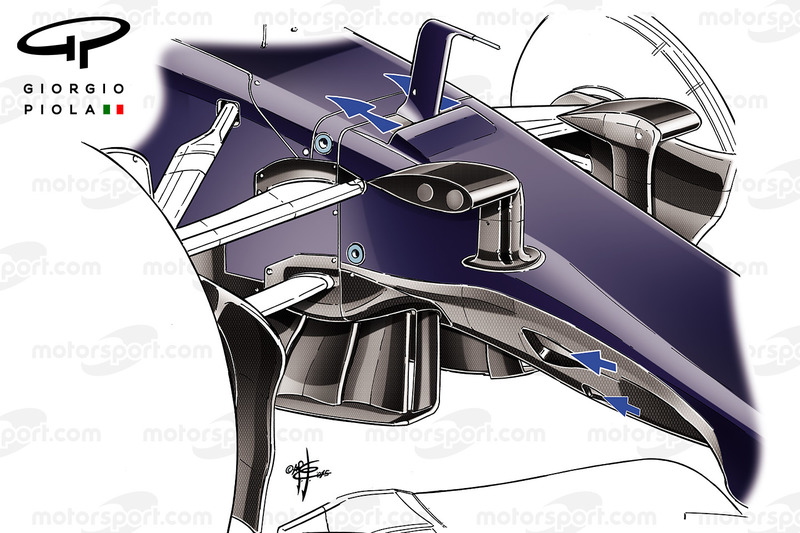 And although this in theory does not sit within the regulatory framework, the teams have followed the example set by Force India with its nose 'nostrils' – whereby a clever spoon-shaped lip ensured it only counted as a single section.

Mercedes and Toro Rosso have also created inlets where none should exist, thereby allowing a more direct route for the airflow to exit out the top of the chassis.

And to comply with the rules, the hole is not completely open – as you can see in our exclusive video.

In terms of performance, we are not talking tenths of a second, but the solutions are certainly better than those that have gone before – and in F1 everything that boosts performance must be considered.

It will be no surprise to see other teams quickly adopt this solution now that they have spotted it.