Formula 1 heads to one of its toughest braking challenges in Bahrain this weekend as teams face more headaches than normal in keeping the stopping performance of their cars at an optimum.

Sakhir's high ambient temperatures and resultant increased mechanical grip – allied to an abundance of high-energy stopping sections one after the other - mean that managing brake temperatures and wear can be a real problem.

Things will also be harder than normal this year too thanks to the new radio clampdown that means teams can no longer warn drivers that their brake temperatures are getting out of control and need managing, unless the problem is about to put them imminently out of the race.

In Australia, Mercedes thought about retiring Nico Rosberg after a piece of debris lodged in a brake duct and led to his brake caliper overheating dramatically, although the German was able to manage the situation himself and go on to win the race.

What Melbourne highlighted, and Bahrain may well show, is how brake design has become an area of car performance that is as on the edge as every other component.

And, with teams now requiring brake supplier to supply discs with more than 1200 cooling holes, what was once thought extreme has quickly become the norm. 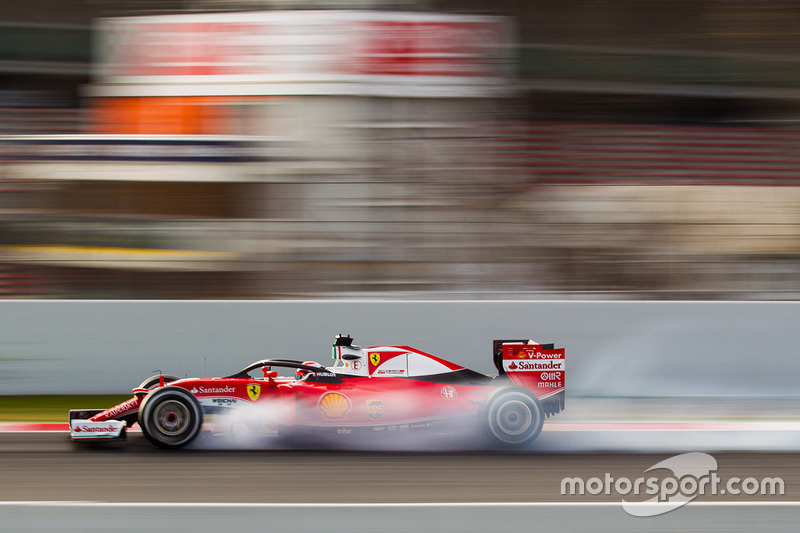 There was a time when teams would simply take a standard brake disc and caliper from a supplier, bolt them on to the car and go racing.

F1's constant quest to find improvements first focused on weight – with the individual units coming down from around 20kg to just 6kg now. And all of that, without losing performance.

But with FIA regulations limiting size, material and shape of the brake set-up – and even how calipers are attached to the car – it has meant that in recent years the focus has shifted on to the brake disc design itself.

For teams quickly realised that the less air that needs to be diverted specifically for cooling the disc, the more it can use it for aerodynamic benefit. 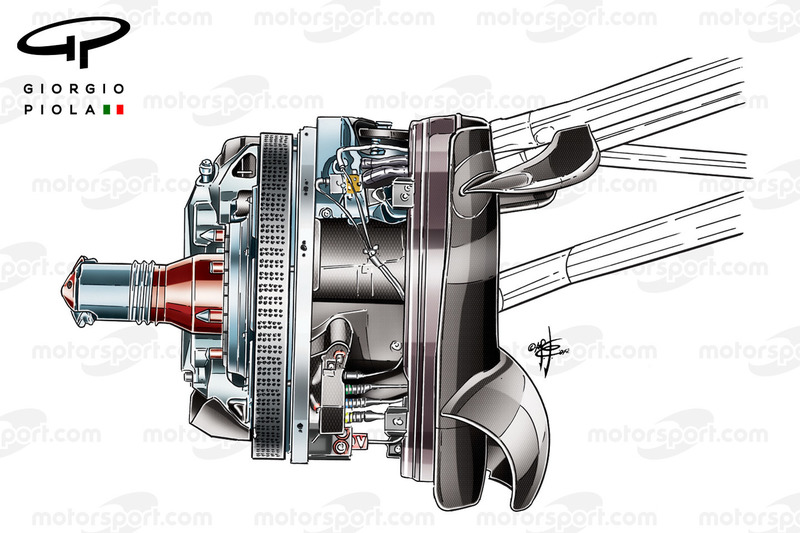 Brake discs need to operate at a certain temperature to work effectively, but if the carbon overheats then that starts to affect performance.

At the start of the braking zone, discs needs to be in the region of 350-600 degrees Centigrade.

If you go beyond that, then the disc starts to experience oxidisation, it can start to lose density, the temperature then gets even higher and wear can start getting unpredictable.

Finding the right balance of a disc that can perform, is not heavy and is easily cooled is therefore the ideal.

As Andrea Algeri, F1 and open wheels customer manager at Brembo, explains: "In the last years we reached a sort of limit in the strength of the disc, in weight and stiffness ratio of the caliper. So now we have been looking a lot on the cooling side." 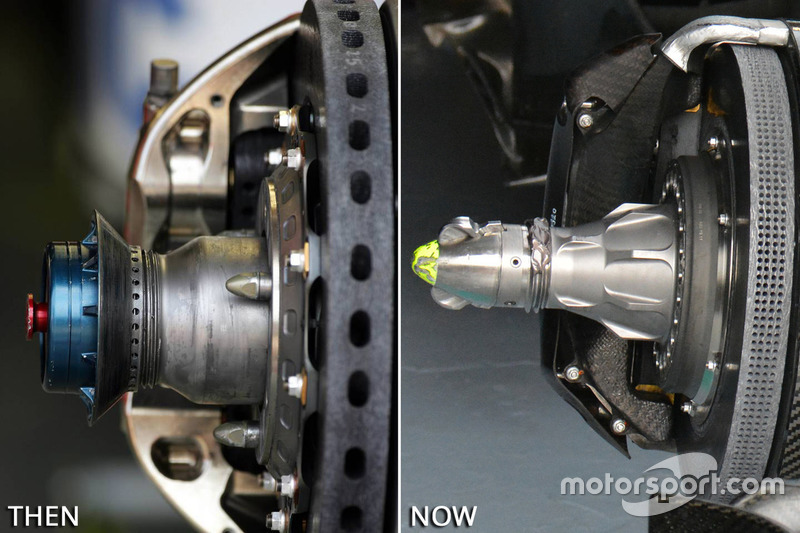 With the outer diameter size of the disc limited by the regulations, teams quickly realised that one way to increase the surface area of the disc for cooling would be to ramp up the number of cooling holes drilled in to it.

Twenty years ago there were less than 30 big holes around the centre of the disc – and even a decade ago the number had not increased that dramatically.

"The holes are very small to increase the surface that is in contact with the air. It means you can cool better the disc and keep the temperature under the control – as well as reduce the weight."

The dramatic gains in the number of holes being drilled happened because of twin developments: teams realising the benefits so pushing for it, and also brake suppliers like Brembo being able to machine such detail in to the carbon discs.

"There were a lot of requests from the teams, who are pushing a lot," adds Algeri. "But from our side we were looking at different machine tools, just to go smaller with the holes which was not easy.

"It is true carbon is quite a soft material, but making 2.5 mm holes, quite long, with a single tool, is not a simple thing. So we invested a lot in the technological aspect in this sense.

"We had 4.5 mm holes, then we switched to 4mm, then I remember 3mm and the limit now is 2.5mm. This change takes some years to reach." 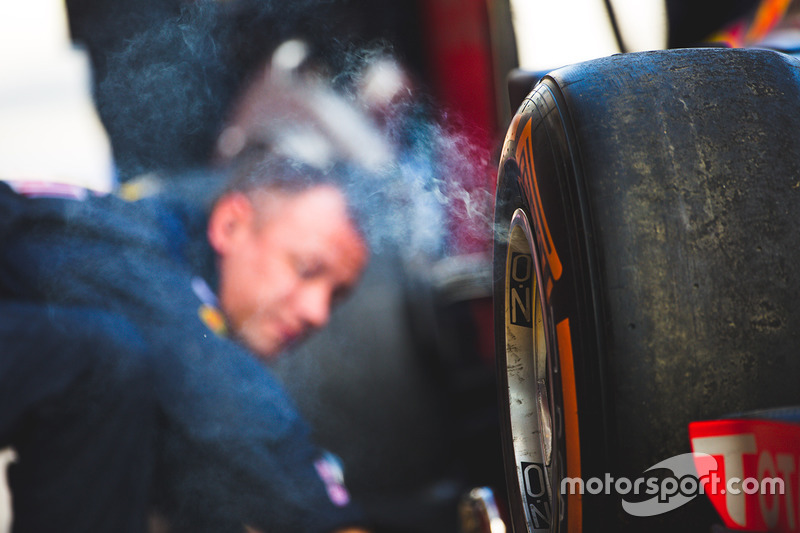 F1 engineers are, of course, never satisfied with their lot – and despite all the advances that brake suppliers have made, teams still want more.

But there is a balance: and the ideal of having many thousand small holes for cooling does not fit with the reality of such a disc being structurally sounds or not suffering in some way.

Algeri adds: "We have to limit a bit the fantasy of the engineers who work in F1! The cooling patterns proposed sometimes are quite good – but they don't take into account the resistance of the disc and the wear.

"The teams want a lot of holes but then want to have only 0.5 mm of wear possible. This kind of disc would be used for good results just in FP1, and then you would have to change it. So it is a just a compromise on the life of the disc that you can reach."

For now then, around 1200 holes is the limit – but as technology moves on, and especially as F1 advances to 2017 F1 cars that could increase braking demands by up to one third, do not think we are at the end of the road yet.

Symonds thinks teams have too much say in F1 rules