Formula 1’s move to ban monkey seats and change the rules regarding exhausts for 2018 was meant to close off potential benefits from blowing wings with exhaust gases.

However, the latest car designs and concepts that emerged in pre-season testing last week have shown that teams have not given up in pushing hard to keep hold of performance gains to be had in this area.

Elements seen on the Renault, McLaren, Mercedes and Williams all appear to show that designers are doing all they can to exploit exhaust blowing, and it could prove to be a fascinating development race between them all in 2018.

Using exhaust gases to drive aerodynamic performance has been something the FIA has tried to clamp down on hard over the years, but teams have always pushed back because they know there are serious benefits to getting it right.

Although the excesses that we witnessed at the end of the V8 era – when teams were blowing diffusers with ever more complex engine modes – were finally sorted, it is an area that teams have still worked hard on in the turbo hybrid era.

As part of the regulation changes for 2014, which tied into the introduction of the current power units, the FIA specified the use of a single main outlet along the car’s centreline, which has subsequently been joined by two wastegate pipes in order to improve the sound emitted.

Ever focused on improving the aerodynamic profile of the car, designers tried to leverage the exhaust gases being emitted to help drive airflow over the rearward structures.

This was achieved primarily with the monkey seat winglets, as the airflow could be easily directed this way to help improve the performance of the diffuser and rear wing.

But given concerns about a massive spending war in this area, it was agreed some key changes would be made for this year to deter teams from using a new push on exhaust blowing.

The tailpipes exit must now be located 50mm further rearward, while bodywork, such as monkey seat winglets, can no longer be used in the central section of the car at a point more than 20mm forward of the tailpipe.

But while this has closed down one avenue of car design, F1’s first pre-season test has revealed that teams are already working on alternative solutions to help maintain the gains. 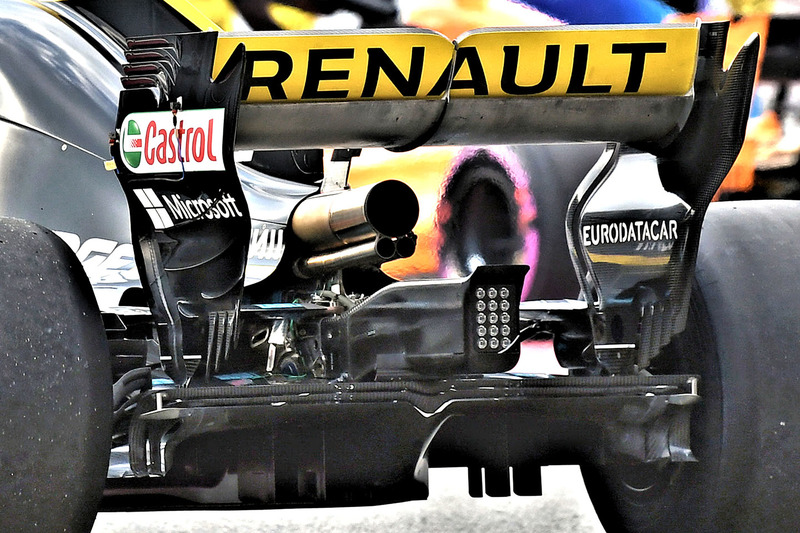 Renault has taken perhaps the most aggressive approach, placing the wastegate exhausts directly beneath the main one in a double barrel configuration. It has also angled up the tailpipes to what is the maximum tolerance of 5-degrees to help better direct the exhaust blow. 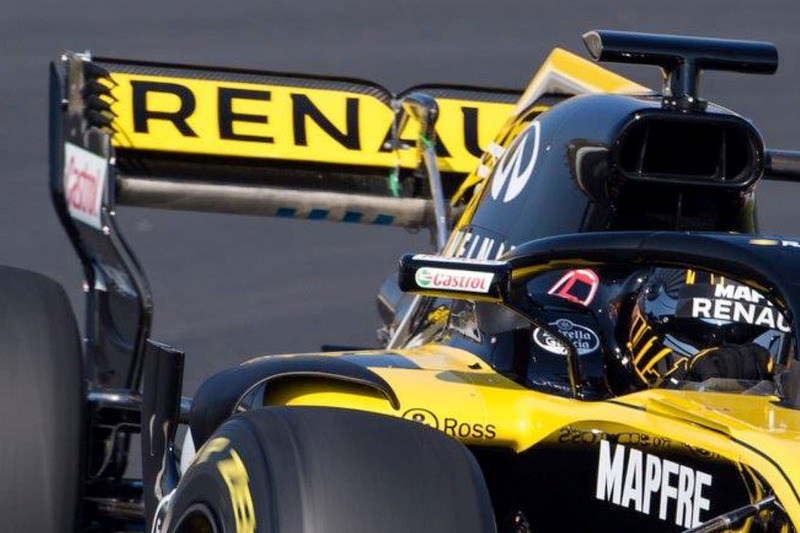 Interestingly, the rear wing’s main plane is devoid of its usual painted finish in order that it doesn’t get burnt by the exhaust. The team was clearly monitoring what was going on in this area too, as it placed several temperature strips here to get some feedback on how hot things were getting.

Renault has also followed a trend that began last season at Mercedes and Ferrari, where a duck bill winglet is placed on the trailing edge of the crash structure in order to try to upwash the airflow. 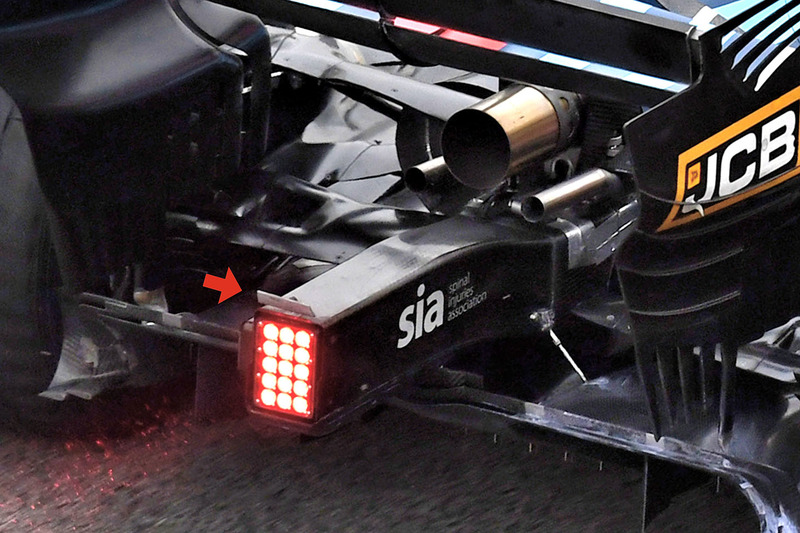 Little winglets have found their way onto numerous challengers this season, but Williams has by far the most intriguing. In its case, it’s a mini winglet hung from a small swan-neck support bracket. 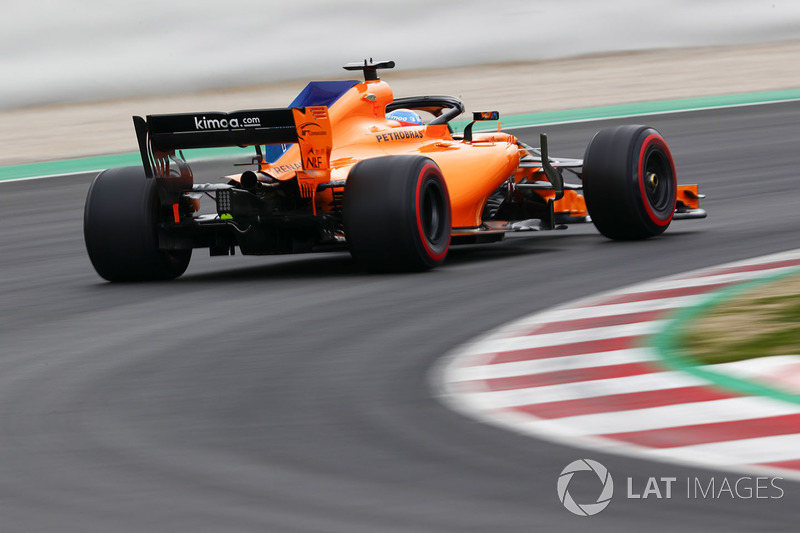 The monkey seat in its old format of sitting on top of the crash structure may be dead, but teams have not given up on trying to find something to replace it.

McLaren has mounted a very simplistic single-element appendage ahead and above its exhaust, which, like the works team, is also angled upwards.

Mercedes has also pushed some development in this direction, attaching winglets either side of the rear wing support pillar, although its version is furnished with endplates to define the flow too (below). 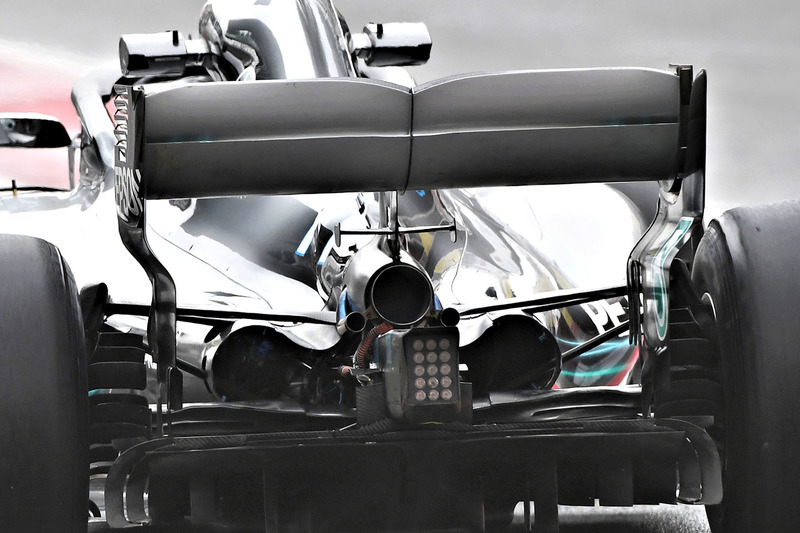 It will be fascinating to see if there is any pushback from the FIA to stop teams throwing ever more complicated designs in this area, or if the benefits are such that blown wings become one of the key battlegrounds in the 2018 development war.

Could this man be Honda's secret weapon?