The Formula One Group's revenue fell in the second quarter of 2018 compared to the previous year – and once again the 10 teams will share a drop in their income as a result.

There was no change in the number of races held in the quarter, with both 2017 and 2018 featuring seven grands prix. However, Liberty says that one reason for the revenue fall is that last year the quarter’s share of broadcasting fees represented a 7/20 share of the annual total, while this year, with an extra race, it is 7/21.

In addition, last year the second quarter included one extra flyaway race, Russia, and such events are typically more lucrative than races reaches by road. However, that was “partially offset by fee inflation in underlying contracts.”

Liberty says income was boosted by a change in the way revenues from official partners and suppliers is recorded.

It noted that “these fee elements were previously recognized pro-rata with the race calendar, but the majority are now being recognised evenly over the calendar year, and others over a smaller number of specific events. This change provided a modest tailwind to advertising and sponsorship revenue in the second quarter of 2018 but will be neutral on a full calendar year basis.”

Sales of parts for the new generation of F2 cars also provided a boost to revenues.

“Selling, general and administrative expense increased primarily as a result of increased marketing and research costs and foreign exchange movements.”

F1 also repaid $125m of debt: “Total debt attributed to Formula One Group decreased $354m during the quarter primarily as a result of debt repayment. During the second quarter, F1 repaid $125 under its revolving credit facility.”

Summing up the results, F1 boss Chase Carey said that an extended contract for the Belgian GP, and a new deal with Amazon Web Services, were among the highlights of the period.

“We successfully returned to France, at the Paul Ricard circuit, for the first time since 1990, and hosted our second fan festival for 2018,” said Carey. 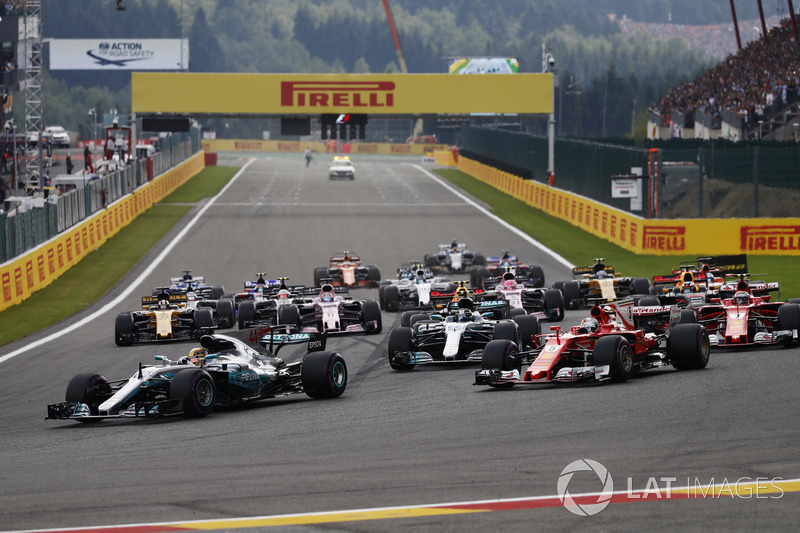 Lauda was only days away from death, say doctors