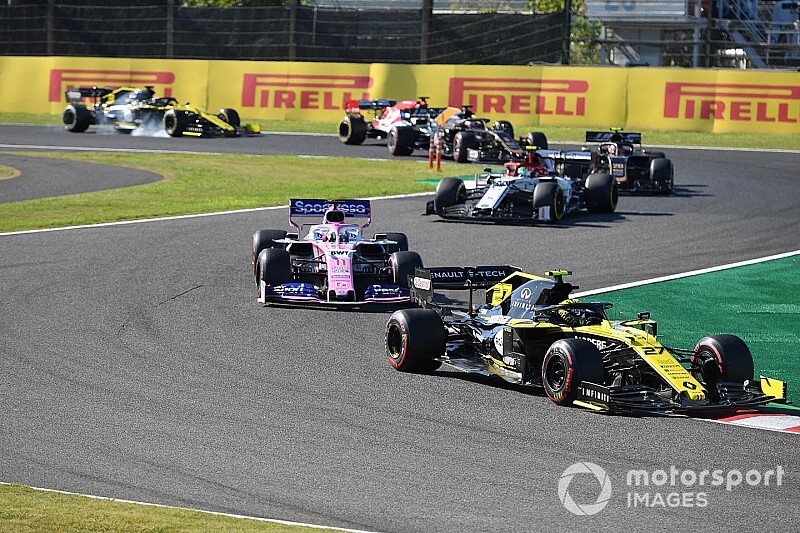 Renault boss Cyril Abiteboul is confident that none of the big teams will try to "hijack" Formula's 2021 rule changes at a crunch meeting in Paris on Wednesday.

F1 team principals plus the FIA and Formula One Management are due to get together to try to finalise new regulations aimed at making grand prix racing closer and more exciting from 2021.

There is hope that an agreement today will pave the way for the FIA's World Motor Sport Council to sign off the rules before an October 31 deadline.

But against the backdrop of resistance from some top teams about the details of new technical regulations, there is a fear that a deal may not be so easy to reach, which could leave the sport with a huge headache in terms of what it does from now on.

While the discussions are likely to be quite fraught with teams split into two camps about what they want, Renault F1 managing director Cyril Abiteboul thinks the time for anyone to block what is happening has long gone.

"I don't think anyone in the current climate, and I am talking about the economic landscape in the automotive industry, can afford just having a go at the process and threatening the process," he told Motorsport.com.

"I don't think you can hijack it, as that could cause so much chaos not just for that one team but for the whole of F1. We are passed that point. Those days are behind and I have trust and belief that common sense will prevail and we will get a comprehensive set of measures for the end of the month."

Red Bull boss Christian Horner believes that a compromise solution can be found, with the looming deadline able to focus minds to ensure that the process moves forward.

"I think the good thing about having fixed deadlines is, and it's a bit like Brexit, it focuses people's minds and attention," he said.

In recent weeks the teams have split into two groups, with Haas joining engine partner Ferrari and the other top teams Mercedes and Red Bull, while most of the US-owned team's midfield opposition is in another group.

The former wants to stay closer to the current regulations, with more aerodynamic freedom than is currently being proposed, while the latter teams are essentially backing the changes that are planned, which include more standard parts and tight restrictions on aero.

The regulations have extensively tweaked in recent weeks, with the later iteration given to teams last weekend.

"Yeah, there is a split," Steiner told Motorsport.com. "But in the end I think the FIA is considering what each – like you call it – group has to say, and they will come up with a regulation for Wednesday.

"The FIA did some changes out of suggestions of all 10 teams, not only of six, you know. Everybody had a say in it, and they made some adjustments to the regulation, and then on Wednesday we're going to discuss what is going to happen."

He added: "The last thing we should lose is the DNA of F1, which is a certain amount of freedom, and if the cars all look the same, the big teams will still have the biggest advantage. But then we lose interest, because we all then have the same car.

"So I try to be in the middle of this, you know, saying I use my common sense, which lately is not very good anyway!"