Subscribe
Previous / Liberty: We had to boost team values for F1 “ecosystem” Next / Why Alpine is banking on new approach to deliver F1 glory
Formula 1 News

A senior Mercedes engineer believes Formula 1 teams could provide more data to enhance TV broadcasts and fans’ understanding of the series without giving away their trade secrets.

F1 has been offering greater data analysis through its TV broadcasts in recent years through its partnership with Amazon Web Services, focused on areas such as tyre wear, car development and driver performance.

Teams are understandably sensitive over what information they give away to avoid revealing secrets that bring added performance, offering an edge over their opposition.

But according to Dom Riefstahl, Mercedes’ race support team leader and test engineer, teams are able to provide more data that could help provide greater levels of detail to broadcasts without giving up their performance advantages.

During the United States Grand Prix weekend, Motorsport.com was granted rare behind-the-scenes access to Mercedes’ Race Support Room at Brackley, where many of the team’s unsung heroes are helping the team’s fight against Red Bull.

Riefstahl oversees the running of the RSR in his role, giving him access to all of the team’s data channels.

But he noted when he was on paternity leave and watched the TV broadcast at home that there was a chance to offer more data to fans.

“I think it shows the opportunity,” Riefstahl told Motorsport.com.

“There’s still a lot of data that we can provide to the fans and provide to the public, or to the people just doing the commentary and talking about the race, in terms of helping them make more out of the story and understand some of the background stuff that’s going on.

“If you have more of that data available, and you had somebody who understands how to read the data and explain it, you can just show so much better what is actually going on. 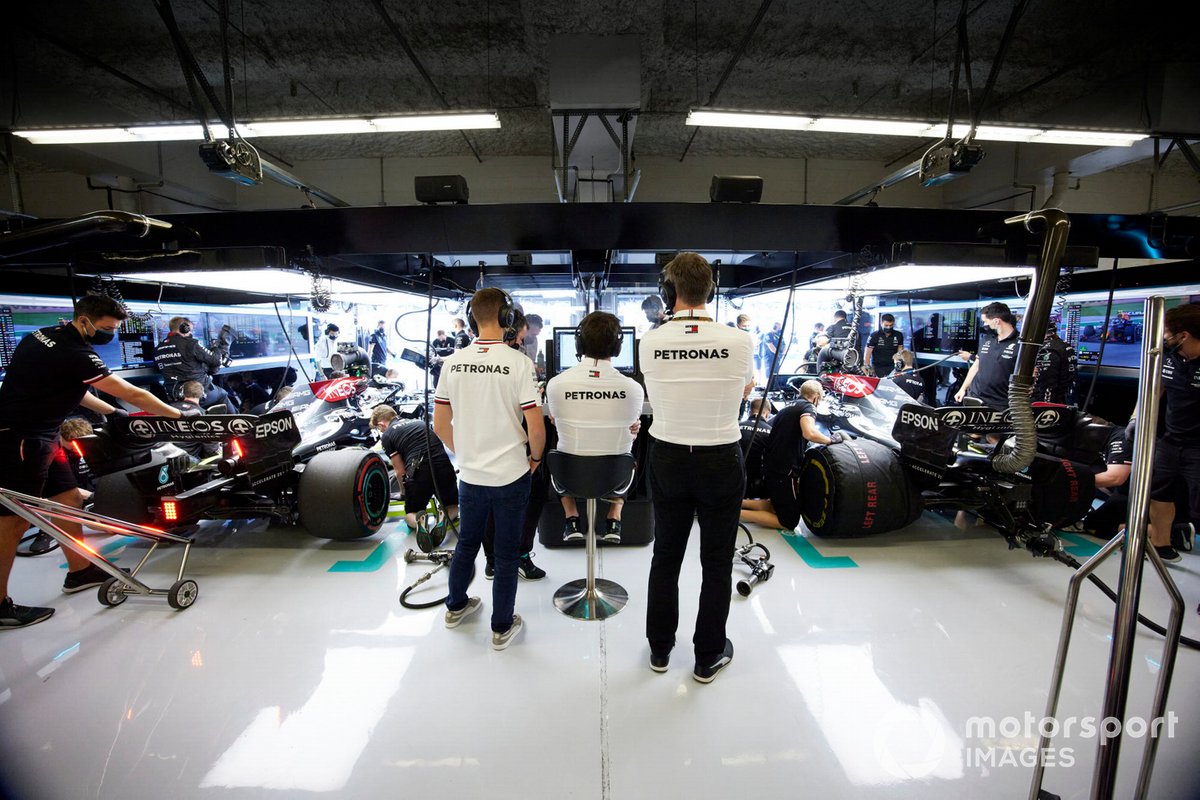 “You’ve not given away any trade secrets, and at the same time, you can just paint so much wider of a picture of it.”

Riefstahl said that as all teams used the GPS data made available by the FIA, there was “no hiding behind it”, and that he was surprised F1 had not already tapped into it this data.

“They’re starting to do it a little bit,” Riefstahl said.

“There are some things that teams wouldn’t want, like you wouldn’t want to give away some of the modelling that you do around your car to understand how it works, because that would literally give away your trade secrets.

“But there is other information you could easily give away. For example, I don’t see why the FIA don’t make a deal with Pirelli and say, what is your actual tyre wear? Which tyre is going to run out first for the majority of cars? What does it mean in terms of balance?

“If Pirelli was just to present that data to everyone, which they have, because they collect it on all the teams and they can anonymise it and say, the average around the paddock is this.

“If you take even just the top five, that’s what is going to happen at the top of the race, and you can just make so much more of a story out of it.”

You can find out more about the inner-working of Mercedes’ F1 mission control in this week’s issue of Autosport magazine, which is out now.

Liberty: We had to boost team values for F1 “ecosystem”

Why Alpine is banking on new approach to deliver F1 glory