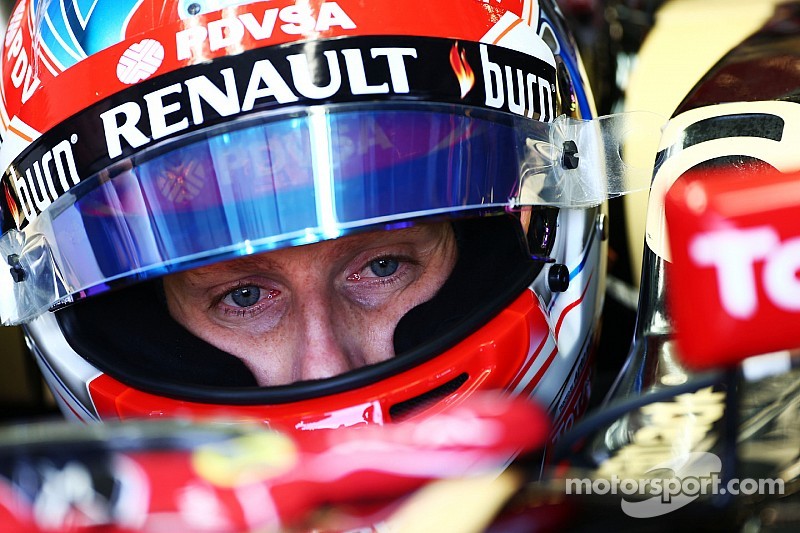 Could we see Romain Grosjean with another team in 2015?

Jul.27 (GMM) Romain Grosjean has admitted Lotus' lack of competitiveness in 2014 is driving rumours he could be set to leave the Enstone team.

The Frenchman has emerged as one of the main players in this year's driver 'silly season', amid speculation he could be set to reunite with former manager Eric Boullier at the newly Honda-powered McLaren in 2014.

He has utterly dominated teammate Pastor Maldonado this year, but Lotus' dismal season was encapsulated in Grosjean's run to just fifteenth in Hungaroring qualifying on Saturday.

It does nothing to quieten the rumours about his next move.

"My priority is to win races in the medium term. Short and medium term," he is quoted by BFMTV in Budapest.

"I leave the door open to any nice option for the future. I want to win Grands Prix, to fight for the championship."

Believing in the team you are with

However, 28-year-old Grosjean is not writing off Lotus.

"I know that Lotus will not have a season next year as difficult as it is this year," he said.

"I know the team will react because it's still a very good team," added Grosjean.

"This is clearly an option and we will see what can happen.

"Last year I was not asked whether I am going somewhere else because Lotus was good, the car worked perfectly and there was no reason to change.

"Now it is true that with three years of experience in Formula One I agree with (management group) Gravity that for the medium term I require that I am in a car that is able to be world champion," said Grosjean.