Whitmarsh was recently announced as the Group CEO of the newly-created Aston Martin Performance Technologies entity.

Since leaving McLaren in 2014, the 63-year-old has mainly been involved in the America's Cup with Ben Ainslie Racing, latterly as chairman of BAR Technologies.

He also briefly had a consultancy role with the FIA when the new financial regulations were being put together.

Szafnauer says that in his new job, Whitmarsh has a wider brief than just the racing team, encompassing Aston Martin's efforts to exploit F1 technology outside the sport, and thus his own responsibilities remain unchanged.

"The F1 side will remain under my leadership and remit," he said. "So I'll still be team principal and CEO. Martin will be group CEO, with the F1 side reporting through him.

"So I guess the only thing that hasn't been planned is how much of his time, because he's got the entire group, does he spend on each one of those entities? 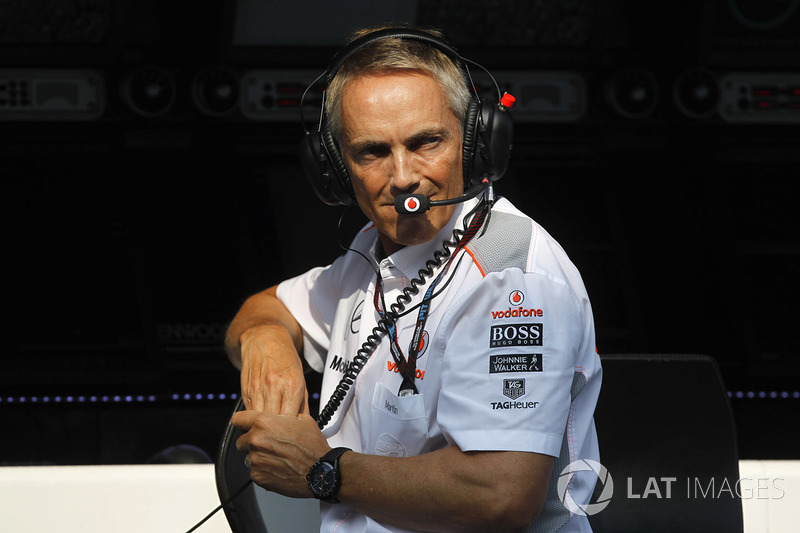 Szafnauer says that Whitmarsh brings valuable knowledge of using technology outside sport gained while working at both McLaren and with BAR. The team's new Silverstone base has been designed to encompass non-racing projects.

"He was there at McLaren when they started doing that, so he's got that experience, and he can lead us to shortcuts in doing that.

"He's also had seven years now of boat racing experience, including starting a new company that is taking technologies from boat racing and moving that technology into I think cargo ships.

"And it's an applied technology type business, technology transfer. He's got good experience in that, and he'll help us shortcut the development of our performance technology business."