Aston Martin Formula 1 boss Otmar Szafnauer says he has "no intention of leaving" amid recent Alpine links, but has drawn short of directly denying contact with the team.

Reports emerged this week linking Szafnauer with a possible switch to Alpine as part of the French team's management restructuring in the near future.

Szafnauer, who has long served as the boss of the Silverstone-based F1 squad from its Force India and Racing Point days, was recently joined at Aston Martin by former McLaren F1 chief Martin Whitmarsh as Group CEO.

Szafnauer took to Instagram to call the reports "pure media speculation and not based on fact" on Thursday evening. Aston Martin had also responded to a request for comment by calling it "speculative conjecture".

It led to a grilling for Szafnauer about his future during Friday's FIA press conference at Interlagos, during which he said he was "as surprised as anybody else" to read the reports.

"It's always humbling and flattering to say if Alpine are reorganising, I think [Alpine CEO] Laurent Rossi said that in Mexico, for the media to speculate that I could be wanted there," Szafnauer said. "It's always nice to be wanted."

Asked by Motorsport.com if he could categorically say he would be with Aston Martin next year, Szafnauer said: "I've been at the team for 12 years, I have no intention of leaving.

"I love this team. Most of the senior managers, especially through Racing Point, the senior leadership team was recruited and put there by myself, and I have no intentions of leaving them.

"I've been loyal to this team. I've had many, many offers in the 12 years that I've been working for this team, especially in the days of the bankruptcy and insolvency.

"I could have left many times, but I'm loyal to the employees there."

Throughout the remainder of the press conference, Szafnauer was given a number of opportunities to directly deny he had been in contact with Alpine or could join them in the future, but fell short of doing so. 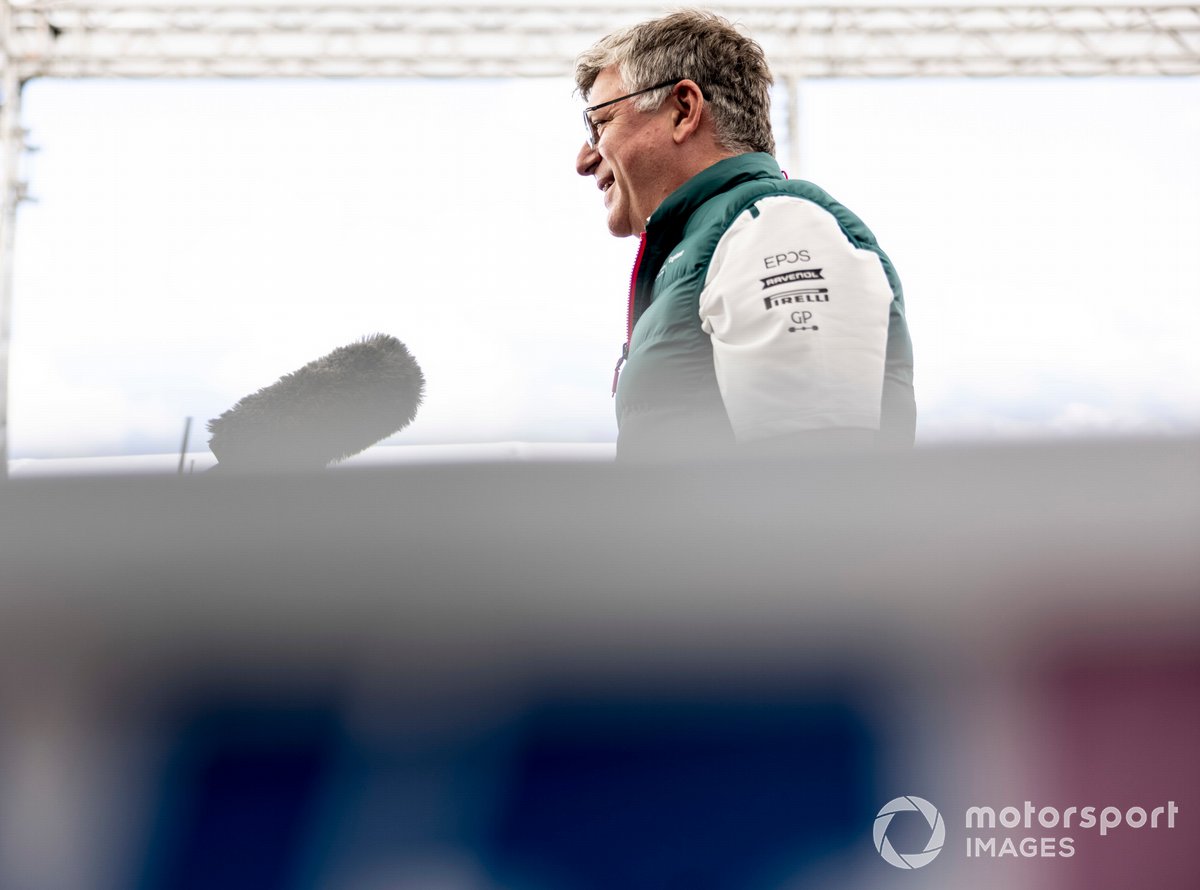 Szafnauer was asked if he was absolutely not joining Alpine at any stage in the future, to which he replied: "I learned a long, long time ago that predicting the future is an impossibility. And if I could do that, I would be in Vegas now."

Szafnauer said he had not spoken about the reports with Aston Martin team owner Lawrence Stroll, but felt sure they would catch up at some point soon.

"We haven't talked about rumours," Szafnauer said. "There's lots of stuff that goes on in the media that we don't talk about."

Despite being "reticent to disclose contractual details", Szafnauer did confirm that he had "a long-term contract in place with Aston" when asked by Motorsport.com if he had a deal for next year.

Szafnauer noted that "many, many teams" had contacted him about a possible job this year when asked if he'd had contact with Alpine, and then referred to a press conference which occurred seven months ago that he thought may have sparked the reports.

"I think it was, I was sitting next to Laurent Rossi when [Jonathan] McEvoy asked if Aston Martin were recruiting a CEO to take my job, and I knew nothing of that," Szafnauer said.

"Jokingly, Rossi said, 'ah, if you're leaving, come talk to us', and that was about it. I don't know if that's what sparked the Auto Hebdo article."

Szafnauer added: "Like I said, I'm fully committed to the team I'm in. I've been there forever. I have no intentions of leaving.