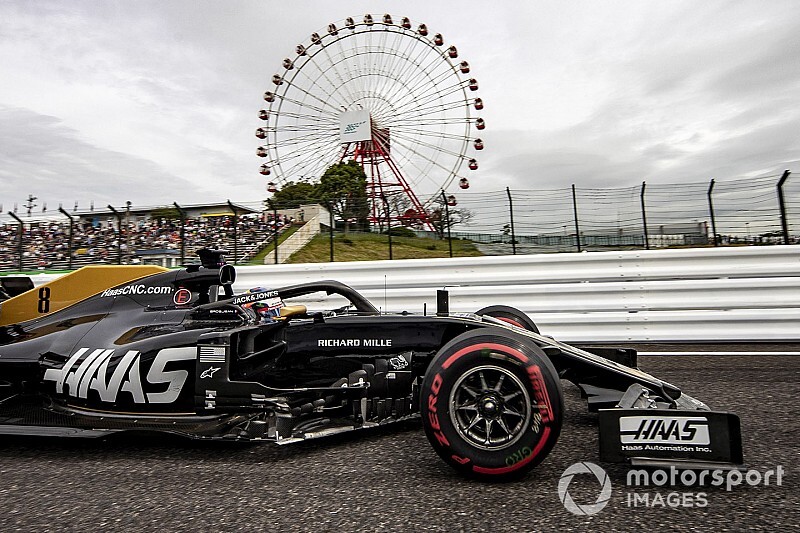 Formula 1 chiefs should use the lessons of the Japanese Grand Prix timetable shake-up as a way of showing that two-day events can work, reckons Haas driver Romain Grosjean.

The impact of super typhoon Hagibis forced Suzuka chiefs to cancel all track running on Saturday, with qualifying and the race now taking place on Sunday.

Grosjean, who is a director of the Grand Prix Drivers’ Association (GPDA), says that the way that second practice turned into a potential qualifying session, and that all running will be done on two days, was a positive thing.

“We went for it in FP2,” he said. “We actually used a good engine mode and actually I thought it was a really good format.

“If it is only Saturday and Sunday, with FP1 on Saturday morning and FP2 in the afternoon but setting the grid for the race it would be good.

"You have to push, you have a good amount of tyres, and you can still fine tune the car, and there is the curfew in the evening so the mechanics don’t go to bed too late.

“You can change a little bit the setup between qualifying and the race so you can make it optimum for both session, I actually quite enjoyed it.

“If it needs to be changed I wouldn’t mind seeing that. An hour and a half, you’ve got tyres, you’ve got time. You need to do the long run in the afternoon, it is a more representative one but you also want to set some fast laps.

Toro Rosso’s Daniil Kvyat agreed that F1 should perhaps be more open to run format experiments in the future, with an eye to moving to two days weekends.

“Some sort of these cosmetic experiments with the timetable in F1 I think, why not?” he said. “It is not a bad thing at all.

“Already we're talking about much bigger and deeper things [than] mixing up the timetable, but maybe let’s try to do more free practice. Let’s say Saturday morning long one and then Saturday afternoon qualifying, so the guys can start saving a bit of days from home, mechanics... and ourselves as well.

“But mainly the guys, the guys who work so many days. Maybe this one extra day could make them be more alive, so why not? These things can make sense to play around with.”

World champion Lewis Hamilton believed that one of the positives of the change to the schedule was the way that Friday practice allowed for more running because drivers had more tyres available.

“It's actually been a much better Friday,” he said. “Normally you only have two tyres per session but because we're obviously missing tomorrow, we brought all the tyres we had tomorrow - the two sets we'd have in the next session - into today.

“That's an interesting learning. Maybe they need to bring us more tyres in the race weekend and we can do three runs, we'd have three tyres in practice one and practice two and three in practice three.

“It would just be better for running, and better for the fans, because we run from the beginning of the session rather than wait 20 minutes and then go out.” 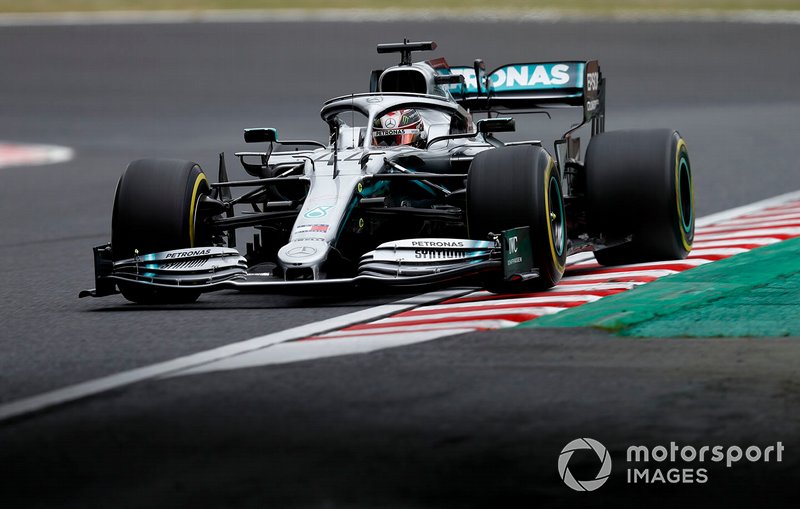 Hamilton predicts F1 will keep DRS "for a while" yet