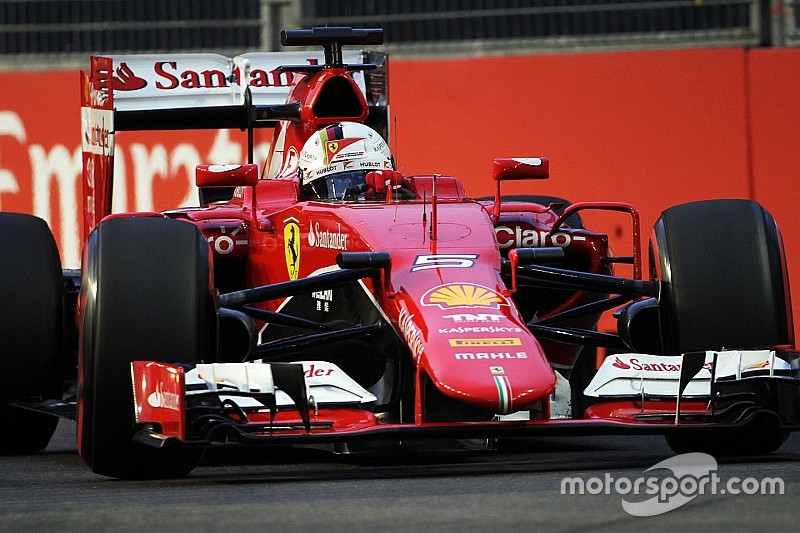 Ferrari should be considered a genuine contender for the Formula 1 world championship if Mercedes continues to struggle in Japan this weekend, claims Red Bull chief Christian Horner.

Sebastian Vettel caused a surprise at the Singapore Grand Prix after delivering a dominant performance on a weekend when the championship-leading Mercedes team struggled.

And having closed down the gap to Lewis Hamilton in the title standings to 49 points, Horner thinks Vettel cannot now be ruled out,  but will need a repeat strong performance at Suzuka against its rival to show it.

"I think it is a long shot and I think it is very easy to get carried away in the moment," said Horner, speaking about Ferrari's title challenge.

"What has been difficult to understand is the fact that Mercedes have struggled to be competitive this weekend. If that carries through into next weekend then Ferrari has a chance.

"If it is back to business as usual then it becomes very much a long shot."

Mercedes' difficulties in Singapore were widely believed to revolve around tyre performance, but rivals were as baffled as the team itself about just what had gone wrong.

Asked for his opinion, Horner said: "No idea at all. They haven't looked competitive all weekend and it is unusual on merit not to see a Mercedes on the podium."

What made the situation particularly strange was that there had been a near two-second performance swing in performance in just one race, something that was abnormal.

"To have the swing of performance there is enormous," added Horner. "You know the engine is not a problem. You know the drivers are not a problem, and the aerodynamics of the car have been pretty decent all year.

"So it has to theoretically be something mechanical grip wise or tyres. I am sure they have some clever people who are scratching their head and having a look at that."

Analysis: Ferrari finds its way as Mercedes loses it

Japanese GP: Variable weather and high energy loads add to the massive challenge for the tyres