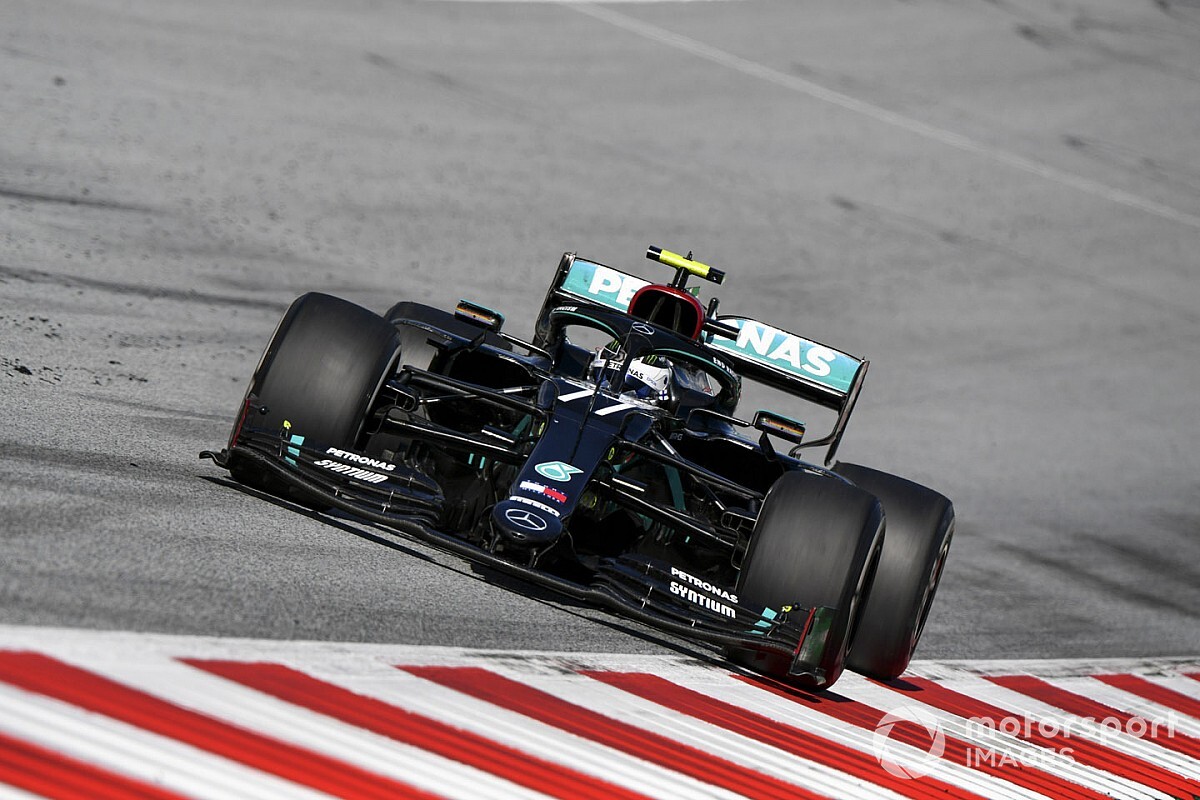 Red Bull Ring will host the second round of the 2020 Formula 1 season under the Styrian Grand Prix banner. Here's how you can watch qualifying in your country.

Following a successful season opener in Spielberg, Formula 1 will make a second visit to the Austrian venue this weekend.

Mercedes is the favourite for pole position once again, having locked out the front row of the grid last weekend - although Lewis Hamilton was later demoted to fourth after being found guilty of ignoring yellow flags on his flying lap.

Red Bull is expected to be Mercedes' closest challenger, while both Racing Point and McLaren will be eyeing a top-five starting position.

What time does qualifying for the Styrian Grand Prix start?

Qualifying for the Styrian Grand Prix will kick off at 3pm local time in Austria and conclude at 4pm local time.

Europe: Viewers in the UK can tune into Sky Sports F1 to watch qualifying, while Sky TV will also broadcast the session in Italy. RTL will show the race in Germany, Movistar will telecast it in Spain and Canal+ will carry the coverage in France.

Viewers from selected countries can subscribe to F1 TV to stream qualifying on a device of their choice. Some local broadcasters such as Sky TV also offer their own on-demand service.

Motorsport.com will be presenting its live coverage of qualifying straight from the Red Bull Ring. Make sure to check our website for live updates throughout the session.

Rain hit the track for the first time on Saturday morning and it is expected to return at various points through the day. This could cause either the postponement or cancellation of both Saturday's Free Practice 3 and Qualifying

What happens if rain cancels qualifying?

If qualifying is postponed due to the weather, F1 will try to reschedule it on Sunday morning. If the weather is still not suitable, drivers' fastest times from Free Practice 2 will be used to set the grid. This would see Verstappen starting from pole position, with Bottas lining up in second place.