Strong result for Sauber in the Chinese GP 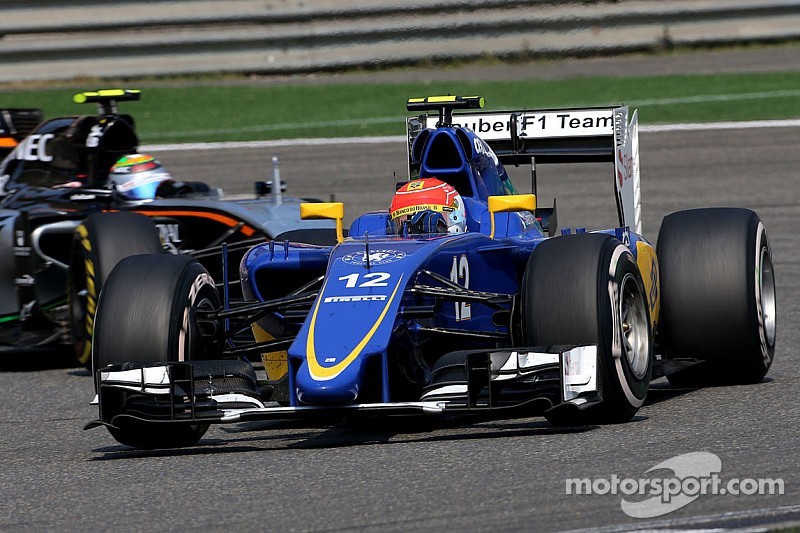 With a total of 19 points, the Sauber F1 Team was able to strengthen its fourth position in the Constructors‘ Championship.

Strong result for the Sauber F1 Team in the Chinese Grand Prix on the Shanghai International Circuit. Felipe Nasr and Marcus Ericsson started the race from ninth and tenth and finished eighth (Nasr) and tenth (Ericsson). With this result the team was able to have both cars in the points, the same as in the first race of the season in Australia. With a total of 19 points, the Sauber F1 Team was able to strenghten its fourth position in the Constructors‘ Championship.

Marcus Ericsson: “First of all, another great achievement for the team. Our target was to get both cars into the points, and in the end we managed to achieve that objective. My race was quite tough with a lot of fights all through it. I hoped our race pace would have been a bit stronger. I was struggling a bit to get the front tyres to work properly, so I could not maintain the pace the way I wanted to. Nevertheless, there were some great fights out there. I think I had a good race, and I am really happy to have finished in the points.”

Felipe Nasr: “It was a great day for the team, as both cars scored points. I am very pleased for everyone. It was not an easy race for us, we were fighting against Lotus and Toro Rosso, and they seemed to have a better pace than us. For myself, I extracted everything I could from the car and also the strategy, so we can be satisfied with this result.”

Monisha Kaltenborn, Team Principal: “We can be very happy with this result. We started the race in a promising position, however, it was a tough Grand Prix. The drivers had to deliver a lot and fought very hard, and this was also against competitors who were faster over this weekend. A big compliment to the drivers and to the whole team who did a great job. We started the race from points positions, and we were able to bring both cars home in the points. It’s great that we achieved our goal today.”

Giampaolo Dall’Ara, Head of Track Engineering: “I think we can be satisfied with the result. We were targeting having both cars in the points and we finally achieved it. The race was not an easy one. The tyre strategy was open until the end, so that’s why we decided to go for a split second stint. The drivers drove well and maximised the result. It’s a good feeling for the whole team to be back in the points with both cars.”