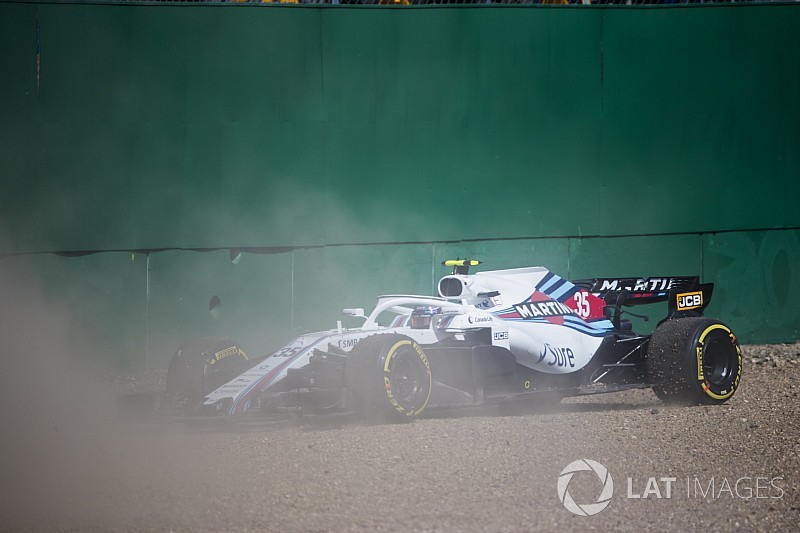 Williams Formula 1 drivers Sergey Sirotkin and Lance Stroll will both start from the pitlane at Silverstone after the team decided to change the rear wings on their FW41s.

Both drivers spun off in Q1 when they experienced aerodynamic stalls after the DRS was deactivated.

Stroll was stuck in the gravel trap and didn't record a time, while Sirotkin was able to recover, but was slowest of the 18 cars to complete a flying lap.

Williams has decided that the problem resulted from the way its newly introduced rear wing was interacting with the floor, and has thus decided to revert to the previous wing design as well as changing some other parts.

A change of specification after qualifying automatically means a pitlane start.

The Williams drivers will line up ahead of Toro Rosso’s Brendon Hartley, who didn’t take part in qualifying after a major crash in FP3, and has changed his chassis overnight.

Sirotkin and Stroll were due to start 18th and 19th respectively, so the penalty is a relatively small one.

“We brought in some new pieces [on Friday] and we need to do more work,” said technical chief Paddy Lowe after qualifying.

“We have an intermittent problem with the floor stall, related only to DRS. It doesn’t recover well enough for the subsequent corner.

“We can only assume now that it’s related to the new pieces even though we did a proper introduction and seemed to have a stable platform as we finished FP2 yesterday.

“The phenomenon of today is something we’ve never seen before on this car or indeed any other car.

"We have the rear wing, our previous rear wing, which is absolutely fine in this aspect.”