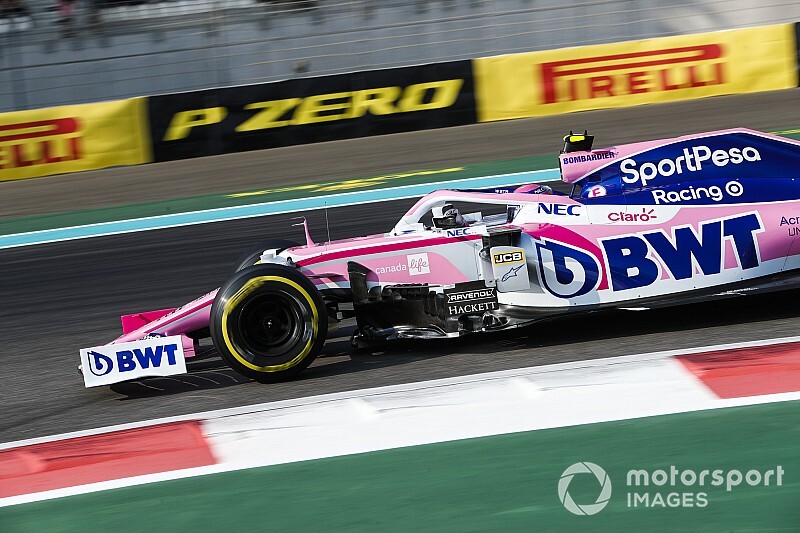 Lance Stroll says a "lot of details" were behind his struggles in the qualifying sessions during the early part of the 2019 Formula 1 season.

The Canadian needed until the German Grand Prix in July to end a 15-race streak of Q1 eliminations, a run that had started in the 2018 US Grand Prix while he was still driving for Williams.

He was outqualified by Racing Point teammate Sergio Perez a total of 18 times in 21 races.

Stroll said a variety of issues made qualifying a struggles for him throughout the year.

"A lot of details," Stroll said of the reasons for his qualifying issues. "At the beginning of the year I struggled with my driver fit in the car, so I didn't fit very well. And that took a few races to resolve. It sounds ridiculous but that's a real thing.

"On top of that, it's been about understanding the mechanical balance, the aero balance, the differential settings, torque settings to get the most out of the car.

"The weekends go by very quickly that once you get to qualifying if you're not dialled in with the car, it's so competitive now in the midfield that there's just no really room for error. There's just no margin to afford any mistakes, with set-up and driving.

"With experience, all that just gets tidied up and the understanding of where to move, how to drive a car and how to set up a car just becomes much more clear.

"And I think that that's what I've seen over the course of the years, that I've just narrowed it down to what I know works on my end and how I have to drive the car, and how I have to set up the car and look for performance in it.

"And that's really been the biggest shift in performance. It is all down to all that."

Stroll managed 21 points in six top-10 finishes throughout the season, while Perez scored 52 on his way to 10th place in the standings.

The Canadian driver admitted that, even after making a breakthrough in his qualifying performances, he felt he still wasn't doing a good enough job on Saturdays.

"I saw an improvement I'd say since the summer break, really," he said of qualifying. "I felt like I gained a lot of confidence in the car and that's always positive going forward.

"Then on the other side it has just been frustrating [that] in the second half of the season that we haven't been able to convert some of those better qualifiers because I don't think we're quite where we want to be yet on Saturday.

"This sport can turn around very quickly - the last two races you have two good results and all of a sudden you find yourself reflecting on the year very differently.

"But yes, going into next year that's really the goal. It is to keep working on my Saturdays and unlock more from the car."

Russell doesn't need "pats on the back" from Mercedes