Stroll: Italian Grand Prix was "mine to lose" after red flag 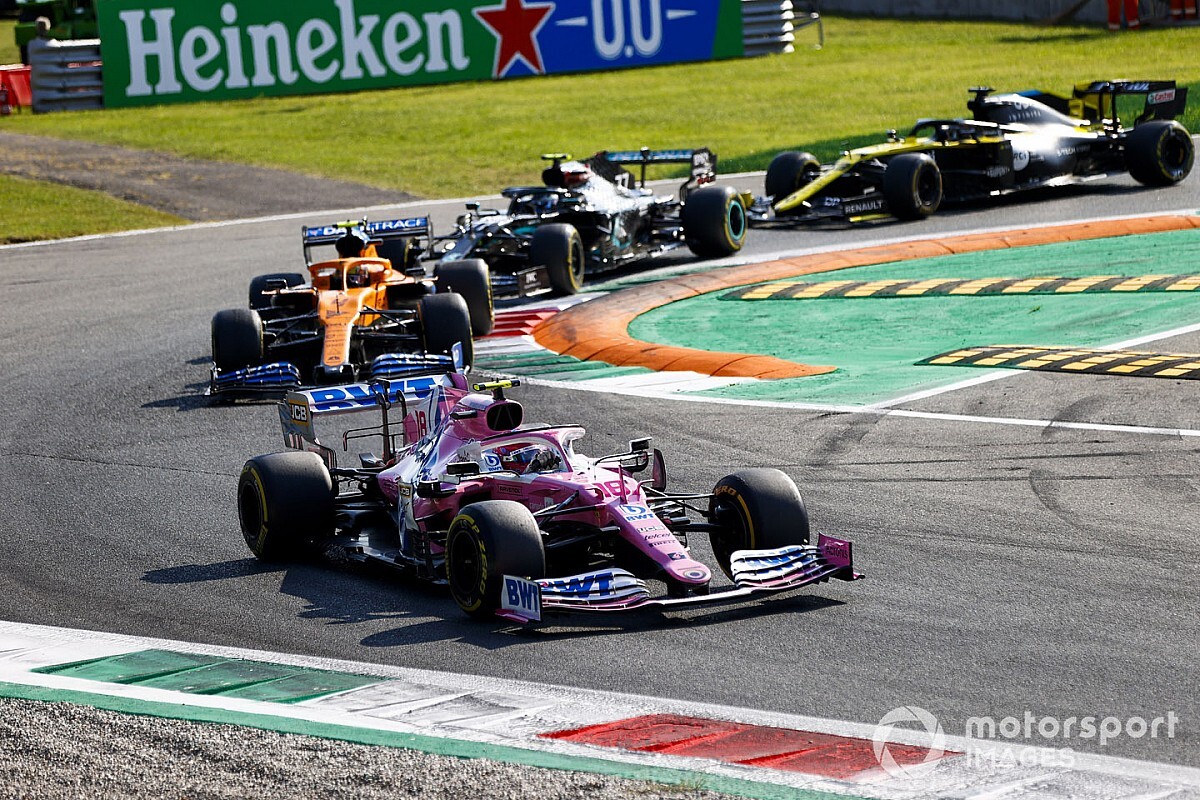 Lance Stroll was left ruing a missed opportunity to score his maiden Formula 1 victory, feeling the Italian Grand Prix was “mine to lose” on the red flag restart.

Stroll was able to rise from eighth in the opening stint to sit second when the race was red flagged after Racing Point opted against pitting the Canadian under the two safety car periods.

It meant the team could complete a free tyre chance on Stroll’s car under the red flag, saving him a pit stop.

This made Stroll the net leader after Lewis Hamilton was handed a stop/go penalty ahead of the race restart for entering the pit lane when it was closed under the first safety car period.

But a slow getaway on the restart saw Stroll lose positions to Pierre Gasly, Kimi Raikkonen, Antonio Giovinazzi and Carlos Sainz on the first lap back under green flag conditions.

Stroll was able to pass both Alfa Romeo cars, but was unable to keep pace with eventual winner Gasly or second-placed Sainz ahead, leaving him to settle for third place.

“It has been a couple of years since I stood on the podium, so it feels good to be back, and it was such a crazy race,” Stroll said after his first podium finish since the 2017 Azerbaijan Grand Prix.

“I am so happy for Pierre, he really deserved it as he had a really great start. He stayed consistent all the way throughout the race.

“It is a bit of a bummer. I think it was kind of mine to lose starting from second, but I just had no grip at the start.

“I had a ton of wheel spin and everyone flew by me. I had a good scrap with Carlos on the first couple of laps, and I overtook around the outside, but he got me again down into Turn 1.

“We were battling out there, so I am happy to pick up third. I think the win slipped away from us today, but third is great.”

Stroll said it was “bizarre” to take the grid restart halfway through the race under the red flag regulations.

“You’ve got to restart, and you are not used to that intermission halfway through a race,” Stroll said. “But it is great to finish third."