Stroll struggling with same corners as "on PlayStation"

Williams Formula 1 rookie Lance Stroll says he is struggling with the same parts of the Monaco Grand Prix track in real life as he does on his PlayStation. 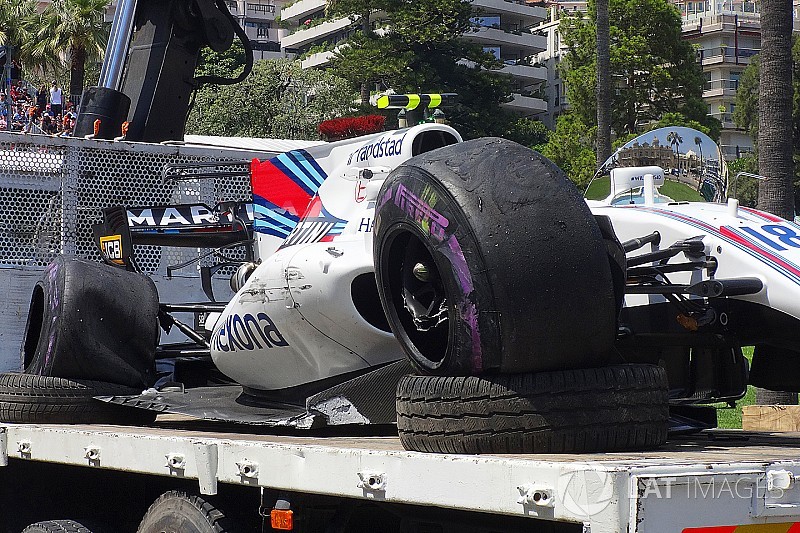 Stroll caused a red flag when he crashed at Massenet in FP2, losing the rear of his car at the top of the hill and sliding into the barriers before coming to a stop at Casino Square.

While he played down the significance of the crash, he said there were other areas of the track that have proved troublesome in both virtual and real forms around Monte Carlo.

“I was really happy with the day, other than the little crash at the end,” Stroll told reporters after FP2.

“It really pisses me off, because every time I play the PlayStation game, it’s always those corners that I couldn’t get right, and in reality it’s still those two corners!

“So that’s the focus for Saturday, a bit more time in the car in FP3 and still build up to a few parts of the track.”

The teenager said his crash was just part of the learning process on the streets of Monaco.

When asked by Motorsport.com what happened, he said: “I just sent it in, kind of looking for the limit. I lost the rear and got into the dirt a little bit – typical street circuit mistake.

"If you don’t touch the wall in Monaco, you’re not on the limit. At least I knew I was pushing, I know where I need to be on Saturday and I have FP3 to get back into it.”

His teammate Felipe Massa also felt the crash was not something to worry too much about.

“Many people crash here in their first time – 'welcome to Monaco' is maybe the right words to use.

“The positive thing is that he was doing good laptimes today, he was competitive, even more competitive than he was in Barcelona, a track that he knows.

“Monaco is Monaco and you just need to understand that, whatever mistake, maybe can finish your session.”