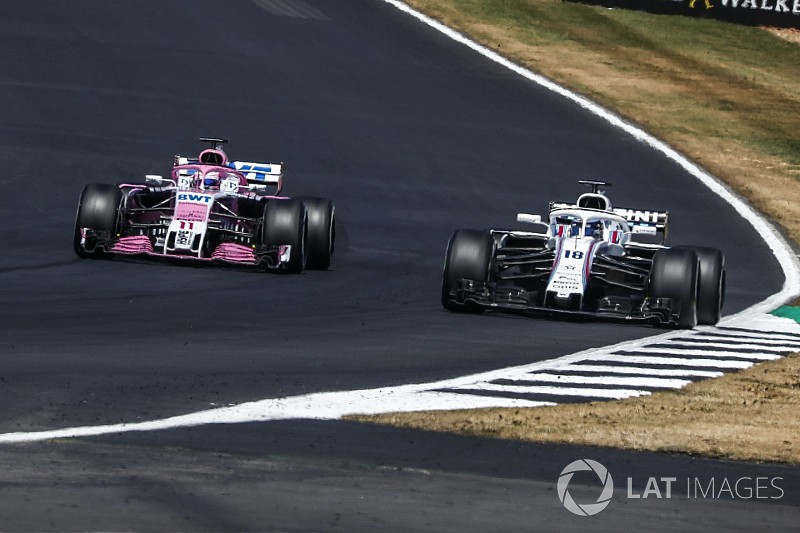 Lance Stroll has been strongly linked with a move to Force India next season, with the Canadian admitting his Formula 1 future may not be with Williams.

On the back of his current team’s struggles in 2018, Stroll is known to have been evaluating his options in a bid to land himself the most competitive seat possible.

Sources have now suggested that Force India has emerged as the leading contender should the Canadian decide that his F1 future is better served away from Williams.

A move to the Silverstone-based team should give him a more competitive seat than he has had this year, plus Force India could benefit from any potential financial injection that the Strolls can bring.

A cash boost could come alongside a move by Force India to try to firm up closer ties with Mercedes, in a similar way to what Sauber is doing with Ferrari, both on the technical front and in terms of running junior drivers.

Speaking ahead of the German Grand Prix, Stroll said that his future was currently uncertain, but there was a clear hint that his place at Williams was pretty much dependent on the Grove-based outfit making a recovery soon.

“I would like to see us improve and get to where we want to get to as a team,” he said, when asked if he wanted to stay at Williams next year.

He added: “I don’t know yet what I’m doing or where my future is going. I’m still focused on where I am right now, what I’m doing today and we’ll see what the future holds.”

Although there have been suggestions that a deal with Force India could be completed in a matter of weeks, Stroll said that for now his focus was on sorting Williams.

“I’m not going to comment in detail on all that kind of stuff, I’m really just focussing on every weekend - where I am right now, the racing. There is plenty going on.

“Right now, I think there is a lot of unfinished business in Formula 1. I got to experience some amazing highlights as a rookie last year and some difficult times as well, which I expected coming into my rookie year but all in all a great rookie season.

“And this year, I think we are all quite surprised, shocked by the performance of the package and where we are. So I don’t think it’s time to end it on this kind of note.”

Vettel: No rush for Leclerc to get into Ferrari