Lance Stroll was left frustrated after struggles with tyre graining saw his hopes of a maiden Formula 1 win end in Turkey as he eventually finished the race ninth. 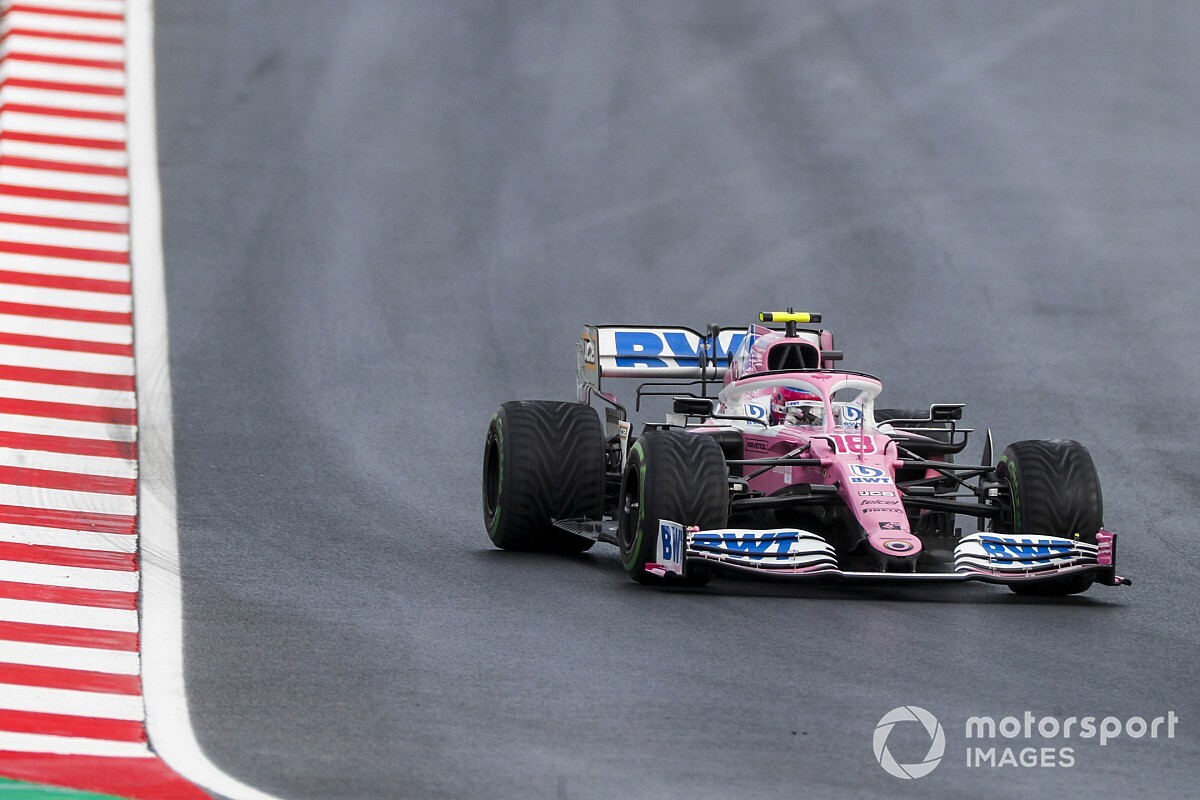 Stroll took a shock pole position in rainy conditions on Saturday in Turkey, and was able to open up a 10-second lead over the field in the opening stages of the race on full wet tyres.

Although Stroll maintained his lead upon the switch to intermediate tyres, he saw the gap to teammate Sergio Perez narrow at the front, prompting Racing Point to bring Stroll in for a second stop with 22 laps to go.

But the fresh intermediates grained immediately, causing Stroll to fall back through the field as he struggled for pace, losing positions to a number of drivers.

Stroll was passed by Sebastian Vettel, Charles Leclerc, Carlos Sainz, Max Verstappen, Alexander Albon and Lando Norris after his pit stop, leaving him over a minute off race winner Lewis Hamilton at the chequered flag.

“I don't know what happened, I don't understand,” Stroll said after the race.

“We had so much graining on the first set of intermediates. We decided to pit, we were losing seconds a lap.

“I just don't know where that graining came from, it just happened instantly. It grained again, massive graining, and no pace.

“We'll have to look into it, it was pretty terrible today.”

The Canadian admitted he was frustrated to see such a big lead go to waste, having still held onto the lead of the race up until his second pit stop.

Perez did not make a second stop for fresh intermediates, eventually getting to the end of the race on a single set that lasted 48 laps, giving the Mexican second place.

“It's just frustrating that you're in the lead by 10 seconds, and then all of a sudden you finish ninth,” Stroll said.

“I don't understand how that happens. I mean I do, it's graining, but we just need to look into why it hit me so much harder than the other car.

Hamilton: I want to stay in F1 for a chance to change world