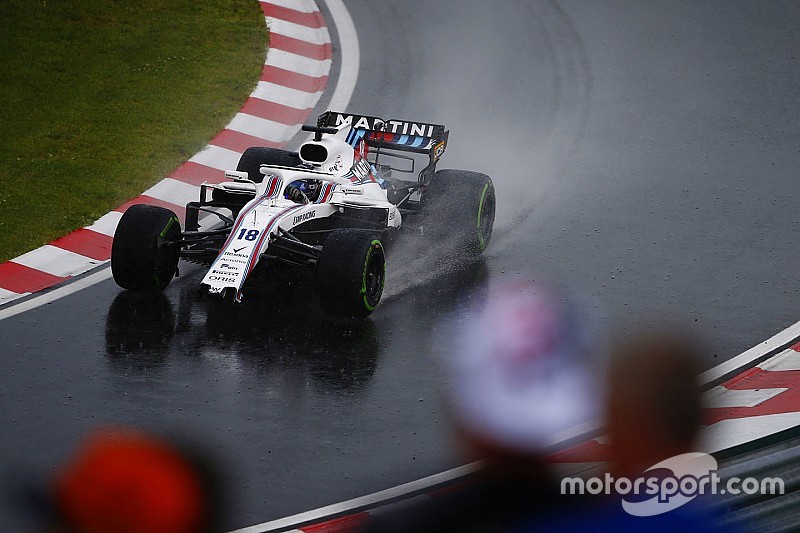 Lance Stroll’s crash in Hungarian Grand Prix qualifying has cost him the use of Williams’s upgraded front wing and will see him start the race from the pitlane.

The Canadian made it into Q2 in the wet but lost the rear of the car after running wide onto the exit kerb of Turn 9, spun back across the track and hit the barrier nose-first.

The contact broke the front wing, the design of which was introduced at the German Grand Prix, and the team does not have a spare for either driver.

Because the older-specification front wing being fitted to Stroll’s car is substantially different to the new version, Stroll will have to start from the pits for breaking parc ferme.

The new wing was not introduced to bring more downforce to the car but instead give the drivers a more balanced feeling from the unpredictable FW41.

It was suggested that the team could remove Sergey Sirotkin’s upgraded wing for Stroll to use in the race, but the idea was dismissed by tech chief Paddy Lowe on Saturday.

Stroll said he was caught out by the ever-worsening conditions during Q2 when he went off.

“I was on a pretty good lap until then and I was on a part of the circuit where it was raining and got caught out,” said Stroll. “I went on the kerb a little bit and the rear got around on me.

“I made contact with the inside wall, it was just one of those things.

“Someone was going to get caught out, it can happen.”