Story behind the photo: Vettel and Ferrari return to winning ways 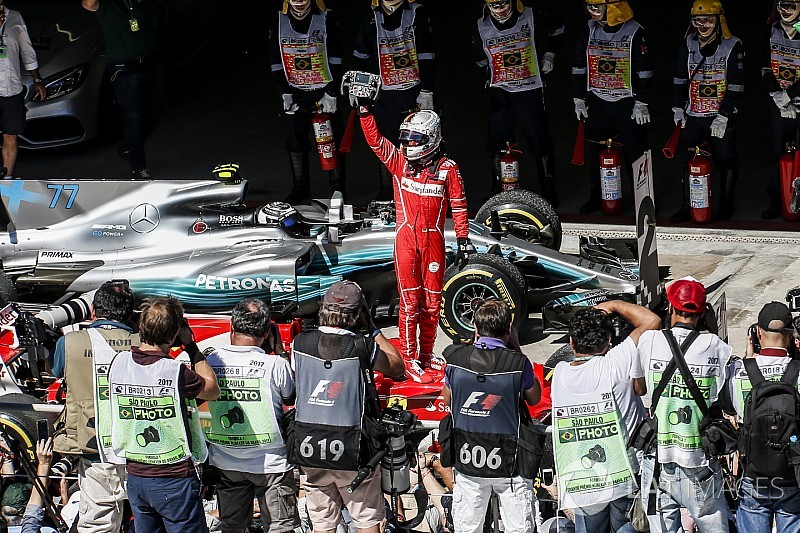 After every grand prix, ace photographer Mark Sutton of Sutton Images gives us a behind-the-scenes look at what it takes to cover Formula 1 from behind the lens.

Sebastian Vettel celebrates his fifth victory of 2017, despite the disappointment of losing the F1 World Championship at the previous race in Mexico.

He led from start to finish once he’d beaten pole sitter Valtteri Bottas to the first corner, and his great victory shows that Ferrari is still pushing hard for victories and momentum in 2018.

My favourite photo shows him celebrating in Parc Ferme after the race, Seb raising his steering wheel and celebrating victory to his fans and the team to show that he’s back.

And now we look forward to the finale in Abu Dhabi.

The Ferrari that Schumacher took to new heights