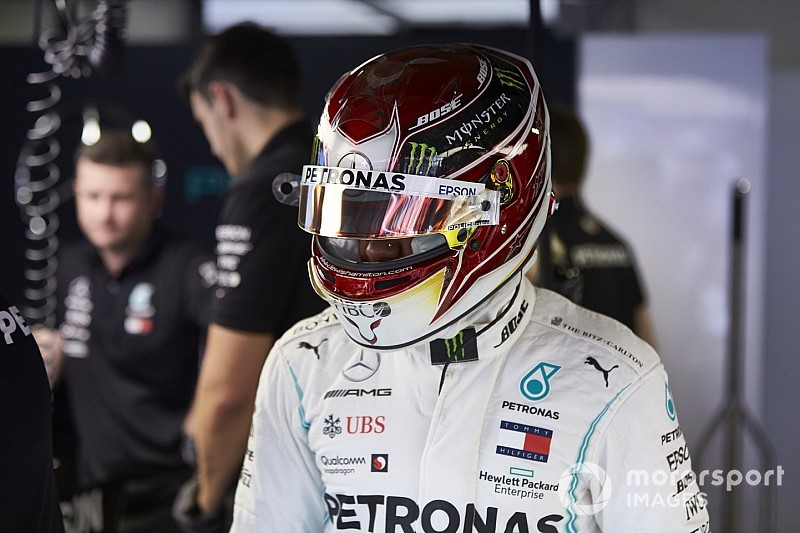 Three-time Formula 1 world champion Jackie Stewart has no doubts that Lewis Hamilton will be able to switch off from his sadness over the death of Niki Lauda and perform at his best in Monaco this weekend.

Hamilton was rocked by the passing of Lauda earlier this week, with the pair having built up a close friendship since they worked together at Mercedes.

But while Hamilton cancelled his media commitments on Wednesday because of Lauda's death, Stewart reckons that the reigning champion will easily be able to put his emotions to one side when driving – just as he himself was able to do at Monza in 1970 when Jochen Rindt was killed in qualifying.

“Mind management is what I lived with, and I think it’s why I am alive today,” said Stewart, speaking in Monaco ahead of the charity auction of a 1kg gold coin to commemorate the 50th anniversary of his first world title.

“In my day there were so many deaths. At one point, one in three of us were going to die. I lost 57 people who were my friends.

“In those days, you had to manage that mentally in a very strict way. I suspect Lewis Hamilton will handle it in exactly the same way as I would have done.

“When Jochen Rindt died at Monza, 45 minutes after his death, and he was a close friend, I will never forget it for the rest of my life, I was crying when I got into the car. And I cried when I got out of the car, but I put in the fastest lap that I had ever done at Monza.”

Stewart suspects Mercedes will feel the pain of Lauda’s passing more than any other team, but says its professionalism will not allow it to affect its focus on victory.

“It is a sad thing that Niki has died. I called Niki Lauda a good friend, and I was shocked when I heard the news,” he said. “Mercedes will feel it more than most anybody else because they were spending so much time together.

“But the switch-off time, when you get in the cockpit, the lights go out. You are a racing driver and you are driving a motor car which is the most sophisticated piece of motor engineering in the world.

“To bring to that to its absolute limit, Lewis Hamilton is capable of doing that in qualifying and in the race. In the same way as I did.

“I didn’t win the race in Monza, but I finished second in a March. That for me was a big race. It didn’t mean to say I didn’t have a very strong emotional effect when Jochen died because he was truly one of my best friends.”

Asked if a win for Hamilton in Monaco would be the perfect tribute for Lauda, Stewart said: “I think it would be, but I don’t think Niki would care about that. He was a fantastic man but he compartmentalised everything. [He would think:] ‘If they win, well they should have won, with or without me’. I’m not being facetious.”

Proceeds from the auction go to Stewart’s Race Against Dementia charity.