Stewards to be more lenient with F1 driver collisions 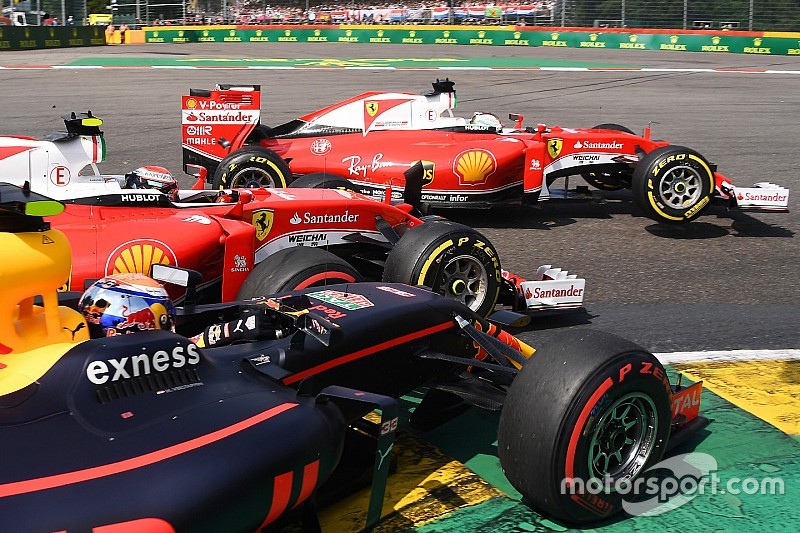 Formula 1 drivers will have greater freedom to attempt bold overtaking moves this year, with the FIA having confirmed that punishments for contact will now only be handed out for blatant moves where one competitor is clearly at fault.

Previously, drivers risked sanctions – including time penalties and grid drops – if they were involved in collisions with rivals during the battle for positions.

Last year, for example, Nico Rosberg was handed penalty points for a light clash with Kimi Raikkonen as they battled at the Malaysian Grand Prix.

There was a growing feeling that such a strict stance was robbing the sport of potential spectacle because it made some drivers less willing to take the risk and go for a pass.

But following discussions in the F1 Commission and World Motor Sport Council last week, it has been agreed that from now on drivers will only face punishment for incidents if they are 'wholly' to blame for a crash.

In revisions to last year's F1 Sporting Regulations for 2017, the stewards have been told that it will be entirely their choice to decide if they wish to investigate incidents reported to them by F1's Race Director.

Furthermore a revised Article 38.2 a) states: "It shall be at the discretion of the stewards to decide if any driver involved in an Incident should be penalised.

"Unless it is clear to the stewards that a driver was wholly or predominantly to blame for an incident no penalty will be imposed."

As well as outlining the new rules that confirm standing starts after safety car periods, the FIA has also confirmed the new timing for pitlane opening before a race.

In a bid to ensure drivers are present at the national anthem ceremony, the pitlane will open 30 minutes before a race start and close ten minutes later.

Drivers must then be present at the national anthem ceremony, which takes place 14 minutes before the start.

Analysis: Is Alonso's dream of a third F1 title realistic?