The FIA has summoned Mercedes to a hearing on Thursday after the German manufacturer asked for a right to review over Max Verstappen's incident with Lewis Hamilton in the Brazilian Grand Prix.

By:
Rachit Thukral
Co-author:
Jonathan Noble
Listen to this article

A representative from the Mercedes team is required to report to the FIA via video conference at 17:00 local time on November 18 as per a steward document issued on Wednesday ahead of the inaugural Qatar Grand Prix.

The FIA said the hearing is to determine whether Mercedes has the right to review the case, which would depend upon the Brackley and Brixworth-based outfit presenting “a significant and relevant new element which was unavailable to the parties seeking the review at the time of the decision concerned.”

This follows Formula 1 revealing the forward-facing camera footage from Verstappen's car on Tuesday, which stewards didn't have access to when it decided not to investigate the incident between the Red Bull driver and his Mercedes rival Hamilton at Turn 4.

F1's current technology limits just one live feed off each car and, at the time of the incident, Verstappen's Red Bull was broadcasting its rear facing onboard.

The front-facing camera footage was only available to download after the race, and that was finally made public by F1 on Tuesday.

Verstappen appeared to push Hamilton wide while defending his lead on lap 48, with both drivers taking to the painted run-off area before rejoining the track with the status quo intact. 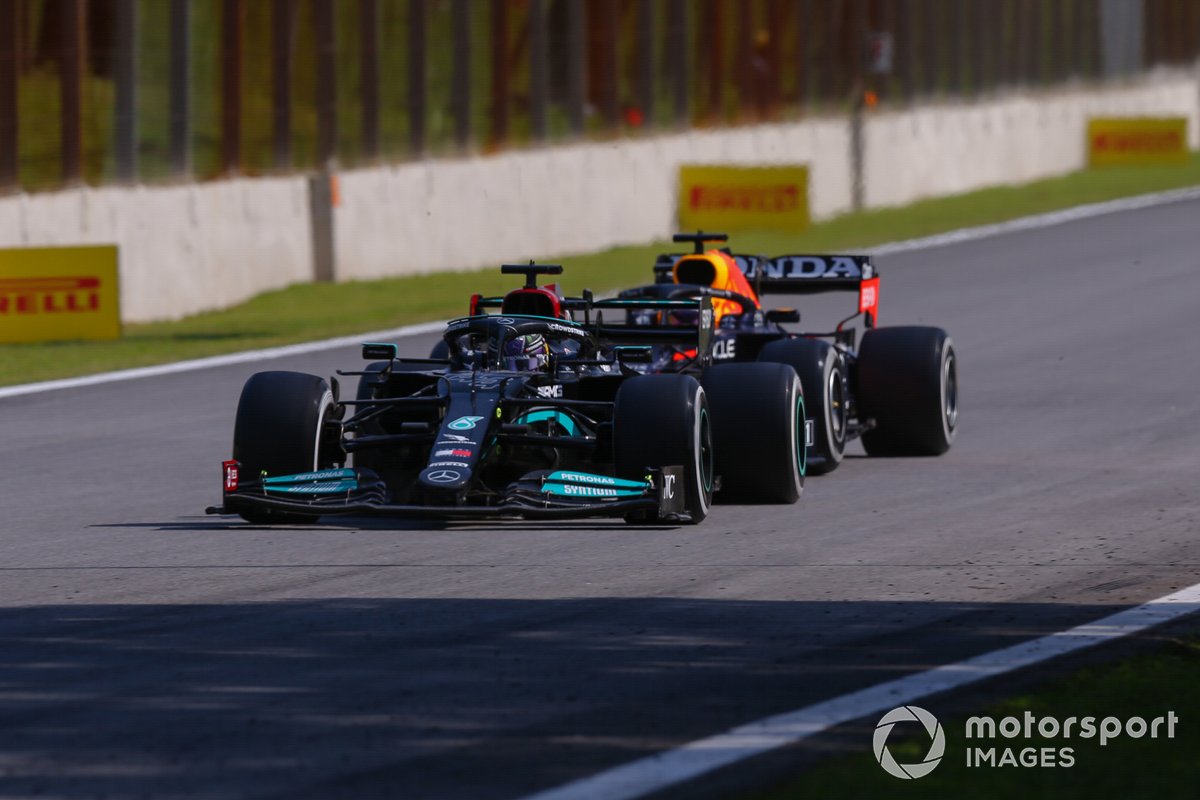 Hamilton later went on to pass Verstappen to win the race, successfully recovering from a five-place grid penalty for an engine change and exclusion from the Friday qualifying session.

The decision by Mercedes to push on with a right to review comes in the wake of Mercedes boss Toto Wolff admitting after the Brazil race of a new hardline attitude.

Having been frustrated with the FIA's decision to exclude Lewis Hamilton from qualifying over a DRS issue, he was annoyed that Verstappen was not even investigated.

"I think we've just had many, many punches in the face this weekend with decisions that could have swung either side, against us or for us," he said. "When always the decisions swing against you, it's just something that I'm just angry about, and I will defend my team, my drivers to what comes.

"I've always been very diplomatic in how I discuss things. But diplomacy has ended today."

Should the FIA accept that Verstappen was in breach of the sporting rules with his driving, then it is possible that it could hand down a time-penalty for the Brazil race or impose a grid drop for the next event in Qatar.