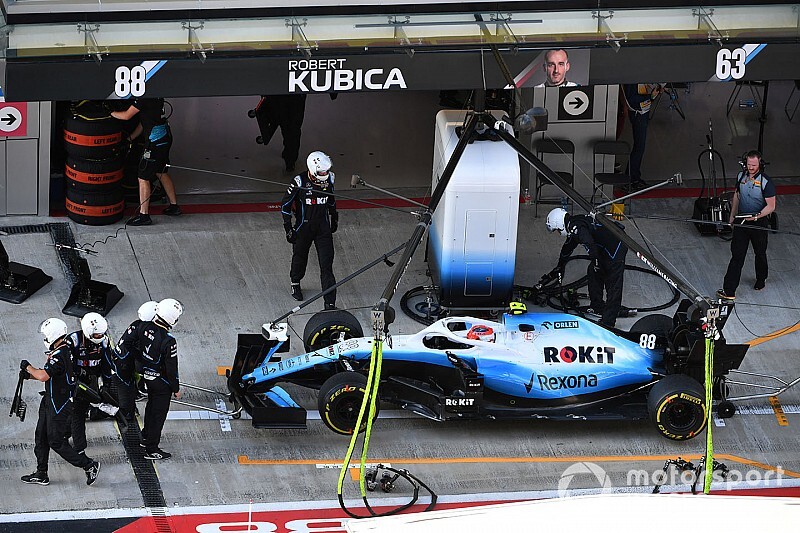 Robert Kubica's sponsor has questioned the reason given by the Williams Formula 1 team for the Pole's retirement from the Russian Grand Prix.

In the Sochi race, Williams driver George Russell crashed out on lap 28 after he locked up due to what the team described as an unspecified issue.

Just a lap later Kubica was brought into the pits and retired. Observers assumed that he was stopped for precautionary safety reasons, given that the exact reason for Russell's incident might need investigation.

However, in its post-race press release the team clarified that the stoppage was not due to safety reasons, but to save parts, given the busy flyaway race schedule. Until Russia, Kubica had a perfect reliability record, having finished every race up to that point.

"We opted to retire Robert soon afterwards in order to conserve parts ahead of the intense flyaway races which end the season," said chief race engineer Dave Robson. "It's a very disappointing way to end two weeks on the road."

Kubica's own comment in the release echoed that explanation: "After George's DNF, the team decided to stop my car, to take care of the parts that we have on the car. We are not in an easy situation and Japan is around the corner."

In a Tweet on Thursday morning Joanna Zakrzewska, spokesperson for Kubica's sponsor PKN Orlen, said that the company had asked the team for further explanation.

She wrote: "Following the retirement of Robert Kubica from Sunday's Russian GP, we have officially asked the ROKiT Williams Racing team for an explanation. Based on that we will take steps to enforce contractual obligations."