The Spanish Grand Prix is still set to go ahead as planned on August 16 despite a reintroduction of restrictions in Catalonia following a spike in COVID-19 cases. 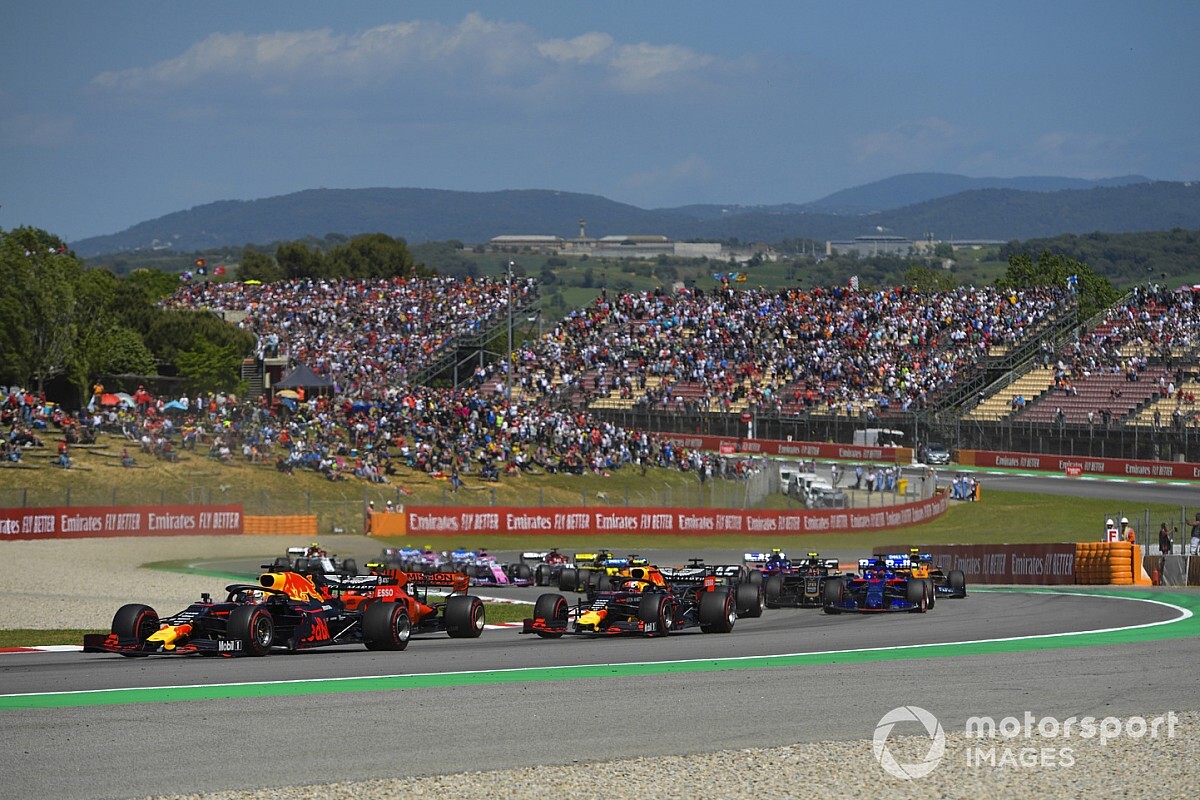 The Circuit de Barcelona-Catalunya is set to host the Spanish Grand Prix next month following back-to-back races at Silverstone, forming the third leg of a triple-header.

But concerns have grown in recent weeks about the running of the race following a spike in COVID-19 cases that has prompted officials to reintroduce restrictions in Catalonia.

Last week, those living in Barcelona were asked to remain at home for 15 days, with a ban being placed on meetings of more than 10 people, as well as a suspension of cultural activities and recreational sport.

It led to suggestions that F1 could stage an additional grand prix at Silverstone in place of the Spanish Grand Prix if the lockdown in Catalonia became more severe.

But Motorsport.com understands there are currently no arrangements for F1 to hold a third race at Silverstone in August 16, with its plans for the Spanish Grand Prix being unaffected.

The circuit in Montmelo lays outside of the lockdown area in Barcelona, meaning those attending the race at the circuit would be unaffected by the restrictions currently in place.

A spokesperson for the Circuit de Barcelona-Catalunya told Motorsport.com: “Everything is going ahead as planned.

“We are not affected by the restrictions. Everything is controlled and reinforced with F1, the FIA and circuit protocols, which are very strict.”

F1 would seek an alternative venue for the event should there be a need for the race to be cancelled, but is yet to take any steps towards doing so.

Teams are also yet to make any alterations to their plans to travel to Spain for the grand prix, although some may need to tweak accommodation plans due to the reach of the lockdown area.

F1 has implemented a strict biosphere at the first three races of 2020 this month, undertaking regular COVID-19 testing for all attendees.

The first two positive COVID-19 cases among event personnel were reported in Hungary last weekend after over 10,000 tests, with swift action being taken to minimise the risk of it spreading.

The closed event protocols will remain in place for the British Grand Prix at Silverstone on August 2, which will be followed by the 70th Anniversary Grand Prix one week later at the same circuit.