Formula 1 could revive the South African Grand Prix as early as next year amid ongoing talks between series bosses and the event organisers at Kyalami.

South Africa last hosted a grand prix at Kyalami back in 1993, which also staged the race between 1967 and 1985 before returning in 1992 following the end of apartheid.

As part of F1's push to race on all continents and fully embrace its world championship status, talks have been ongoing about a potential return to South Africa for some time.

Following the Azerbaijan Grand Prix last weekend, F1 CEO and president Stefano Domenicali has travelled to South Africa where he is set to meet with Kyalami officials and other stakeholders for further talks about reviving the race.

Although 2024 had been mooted as a possible timeframe for the race to return, it is now understood that F1 could return to South Africa as early as next year, pending a successful outcome to talks in the coming weeks.

The return of Kyalami would add to an already-congested calendar for 2023 that is poised to hit the 24-race limit enforced by the Concorde Agreement.

The Qatar Grand Prix has already been confirmed as returning to the calendar as part of a new 10-year deal, following its inaugural event last year, while the first Las Vegas Grand Prix has also been announced for November 2023.

China is another race that has a contract to return to the schedule next year, although its status remains unclear due to the country's ongoing COVID-19 restrictions. 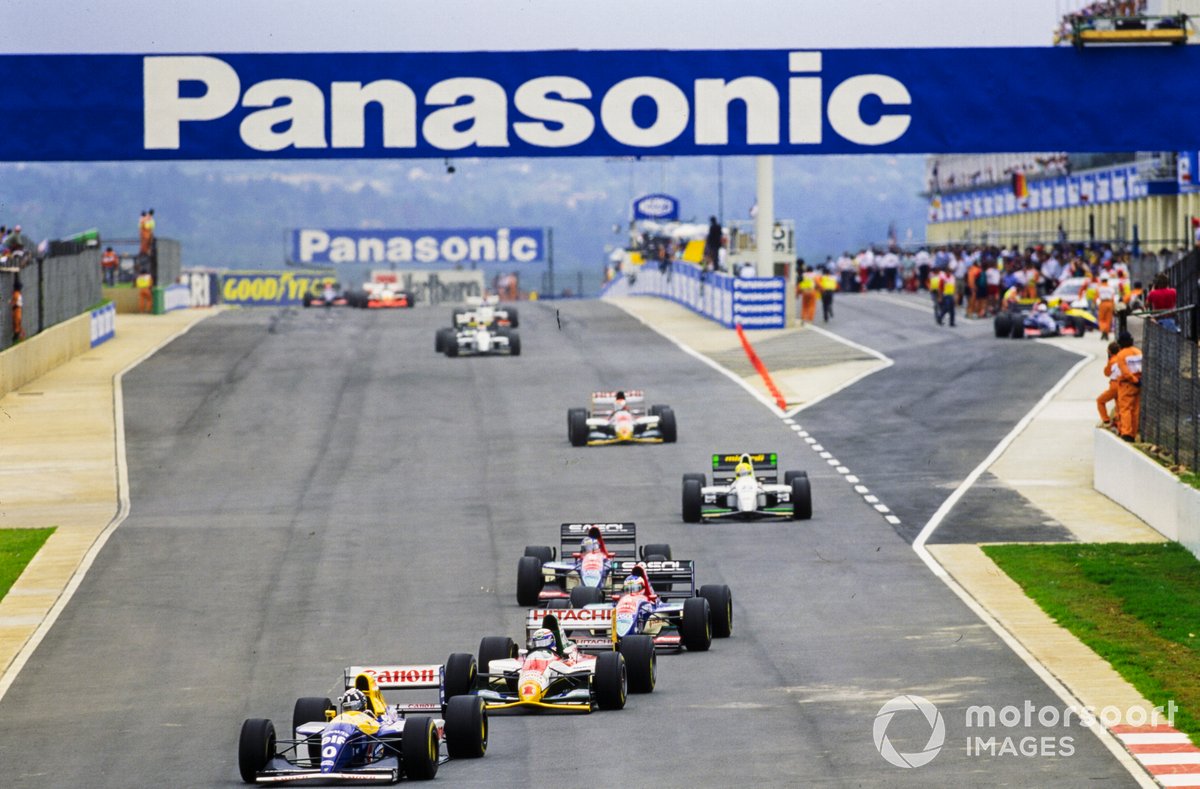 From the existing 22-race calendar, the French Grand Prix looks set to drop off the schedule for next year, while doubts remain over the future of the Belgian Grand Prix at Spa.

Seven-time F1 world champion Lewis Hamilton has been one of the most vocal figures calling for a return to South Africa, saying it was a place "dear to my heart" and that he thought it would highlight the "great following out there".

Speaking at the Business of F1 Forum arranged by Motorsport Network and the Financial Times in Monaco, F1's global director of race promotion, Chloe Targett-Adams, said that a foothold in Africa was "something we've been working on for many years now".

"COVID showed us that we can race quickly, but really to get where we want to be strategically, to build the sport and build the fanbase, it is a couple of years process," Targett-Adams said.

"The US is still very much in our sights. Africa and Asia I think is where we need to be. If you look at China with the way that COVID has happened, we've been out of that market for maybe three years. Next year is still a question mark.

"Africa and Asia is the focus I think in the short- to mid-term, and how we race in Europe is also a big question, making sure we keep that heartland of the sport.

"It's a wonderful position to be in, because everyone wants a race. That just gives us the best opportunity to create the most strategically-focused, growth-driven calendar that we've been able to do for many years."

Hamilton wouldn’t miss Canada "for the world" despite back struggles