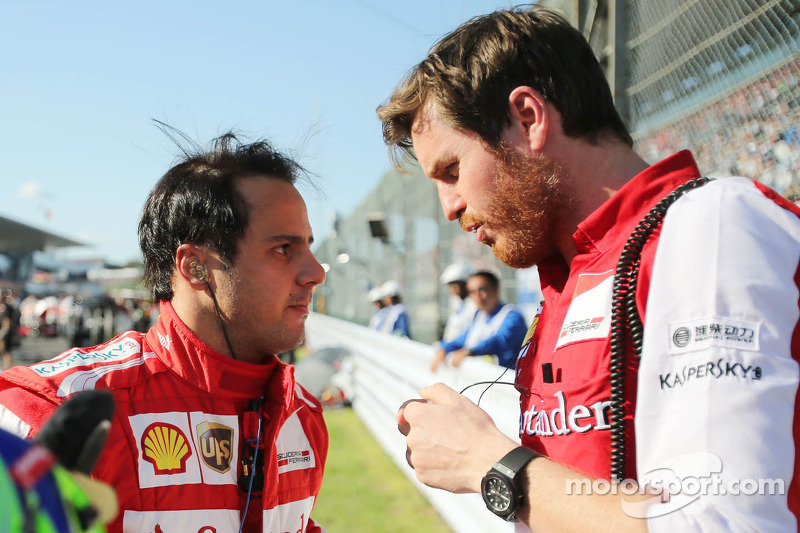 The pair have worked together at Ferrari for years.

It has been a poorly-kept paddock secret that the 40-year-old, famous for his close relationship with Felipe Massa as race engineer at Ferrari, was set to follow his Brazilian colleague and friend to Williams this year.

And speculation Smedley would take on a role with greater responsibility has also proved correct, as Williams appointed the Middlesbrough-born Briton the new 'head of vehicle performance'.

"Rob will join Williams prior to the Bahrain Grand Prix" in early April, the team said in an official statement, undoubtedly referring to the obligatory 'gardening leave' served by staff as they switch teams.

"We have a number of senior people joining us to assist us in the pursuit of our ambitions and I am extremely excited to welcome them on board," said Williams' technical boss Pat Symonds.

Massa's race engineer at Williams will be Andrew Murdoch, who last year worked with the now Lotus-departed Pastor Maldonado.