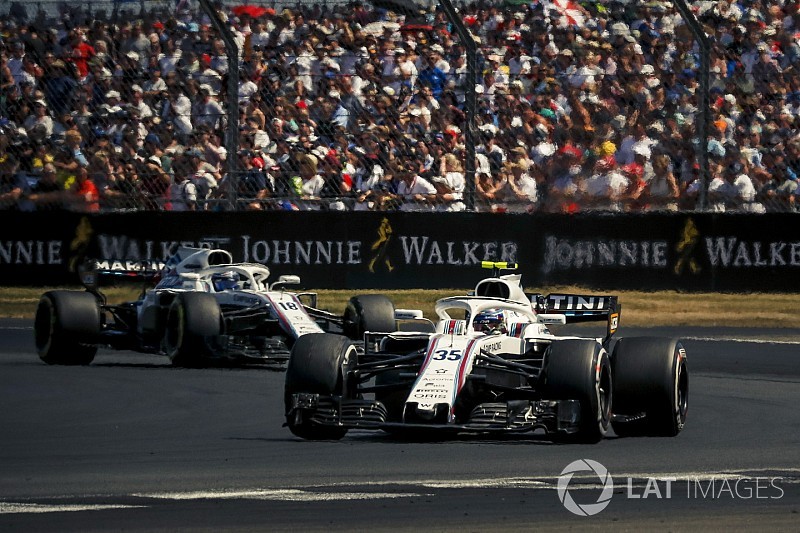 Williams has made improvements to its 2018 Formula 1 car that have been masked by other factors, according to the team’s race driver Sergey Sirotkin.

The aggressive new design philosophy behind the Williams FW41 has not worked in practice and Sirotkin is without a point in his rookie season, while teammate Lance Stroll only has four after finishing eighth in Azerbaijan.

Williams has enacted a development programmes to recover from that poor start, but had to ditch a new rear wing after qualifying for last weekend’s British Grand Prix because it triggered unexpected aerodynamic stalls.

Assessing the season so far, Sirotkin said: “It is very difficult. Honestly we have bits here, bits there, where we get the progress.

“The only problem that everybody does the same, so it doesn't really change much, our standing compared to others.

“We do improve compared to ourselves and in certain areas we actually improve quite significantly.

“But then very often it is overridden, let’s say, by other, bigger factors.

“Like, for example, what we had [with the rear wing] or the most unlikely and most difficult track and weather conditions for us.

“All of this covers and masks our improvement we have behind it, so it is difficult.”

Sirotkin said the problem Williams had is that while there were certain scenarios in which it was “reasonably competitive to the midfield”, there were similar situations in which “we are absolutely on our own”.

The team’s double-pitlane start for its home race at Silverstone, thanks to the overnight rear-wing change, was a low-point in a tricky season.

Sirotkin called the race “very disappointing” after finishing 14th, two places behind Stroll, and was particularly aggrieved by the final stint.

He explained that pitting before the first of two safety cars, and not stopping again for fresh rubber under the caution, left him with “a lot of vibrations and absolutely no grip”.

“On the restart, for the first two laps, it was just about keeping the car on track, just to drive and hope that after a certain amount of laps the situation will come back [under control,” he said.

“It partly did, but if you look around everybody else was with a fresh soft tyre. Grip level was incomparable and not in my favour unfortunately.

“When you are a racing driver and you want to be there fighting for positions, it is just very painful to feel what I felt for the last stint.”

The "stupid" F1 conspiracy theory that can finally die