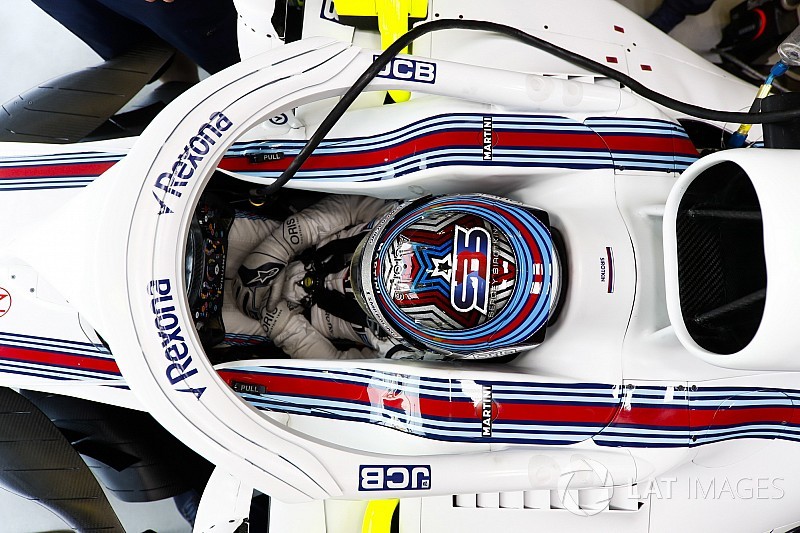 Williams Formula 1 rookie Sergey Sirotkin has another new seat this weekend but the discomfort he has suffered in his cockpit has already been solved.

Sirotkin has had issues throughout the 2018 season, reporting a “very painful” feeling during the Spanish Grand Prix, and had a different seat insert in Monaco as well as altered seatbelts.

He revealed that he was happy with his comfort levels in the Canadian Grand Prix earlier this month, and though he has another new seat here, it is not linked to the problem.

Asked by Motorsport.com to explain the problem, Sirotkin said: “Obviously we had some races when I was struggling with, let’s say, not being properly fixed in the car.

“I probably better not say the reasons exactly why. But straight after Barcelona race, when it kind of reached the worst point of it, we did some work with the belts and it looked like it improved quite a lot.

“And in Canada – I know Canada is easy one – but in Canada it was all sorted.

“I have another new seat this weekend, which is unrelated to the problems we had earlier in the year.

“It should be all smooth.”

He explained after Canada that several areas were being addressed, relating to “seat design, belt design, belt mountings and padding”.

“We’ve had quite a few driver fit issues with Sergey,” said Lowe. “There have been all sorts of things.

“I think one of the things I’ve concluded is that these cars are going quicker than any F1 cars have ever gone before.

“Therefore the loads on a driver are at new limits, and the demands on his driver comfort and seatbelts are higher than ever.

“If they’re not right, drivers can suffer physically.

“It’s just an increasingly difficult job to achieve the right level of comfort for the driver with the high G-loads that we have nowadays.

“And it seems to be a longer and more complicated process with Sergey than it has been before.”