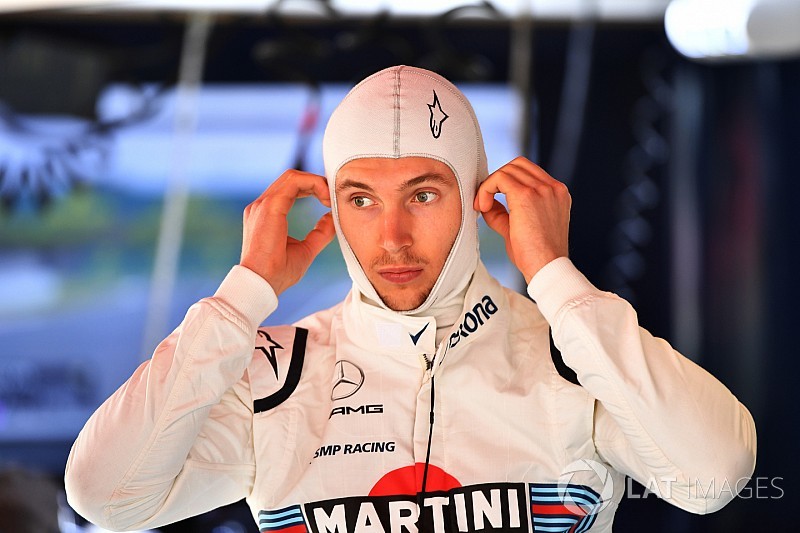 Sergey Sirotkin has admitted his intense self-determined workload with the Williams team is making a difficult start to his rookie Formula 1 season harder.

Though the Russian has struggled to make an impact as Williams has toiled at the back of the field, the outfit has been impressed by his off-track commitment.

Sirotkin, who was picked over Robert Kubica to partner Lance Stroll, has been a regular presence at the factory as it works through its problems.

"It is really, really hard and sometimes it's completely flat out. But at the same time it is my choice.

"If I wanted I could spend three times less time at the factory and still manage everything I am obliged to manage.

"This is more about my personal wish. I want to be there and help them as much as I can."

Deputy team principal Claire Williams said Sirotkin spends more time at the factory than she has ever experienced with a driver.

"Pretty much every day," she said. "That shouldn't be underestimated.

"It's not just work in the simulator, he walks around the factory and he engages with people on the shop floor.

"That's an achievement in itself when you are new, and there's 500 to 600 people at Williams now. I think is pretty special."

Sirotkin has made it out of the first phase of qualifying just once this season, in Azerbaijan where the Williams was at its most competitive.

He scored a best result of 14th in Spain last weekend, but was classified last of those that finished and was three laps down.

"Obviously we haven't given him the machinery to properly prove his talent," said Williams.

"Most importantly we have been impressed with Sergey's attitude and approach.

"A new driver coming into his rookie year in F1, they want to prove their talent, but he has kept a very level head on his shoulders and he has put the work in.

"He has done some good work on track for us as well, so we are happy with what he has delivered thus far.

"It's just up to us to try and give him a car that he can deliver what he wants to do on the racetrack."

Team advisor Alex Wurz has described Williams' problem as a diffuser stall that limits grip at the rear of the car, which the team is working to rectify.

Sirotkin said the "really, really tough" moments will be worthwhile if the team can turn its form around.

"It is not helpful when rookie drivers come in and have so many difficulties straight away," he said. "But at the same time it is a great challenge.

"If I manage to cope with this challenge right, go over the difficult period with the team together, I will be very proud of all of us."

Should drivers be involved in F1's big decisions?