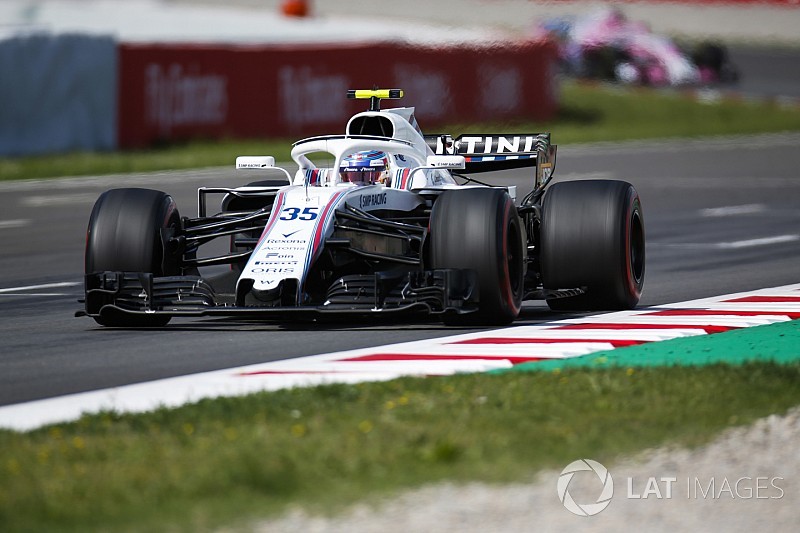 Sergey Sirotkin says he found his Williams' seat so uncomfortable that he struggled to make it to the chequered flag of the Spanish Grand Prix.

Sirotkin started from 19th on the grid in Barcelona owing to a three-place penalty carried over from Azerbaijan, and was running last after threading his way through the wreckage of Romain Grosjean's opening-lap shunt when the discomfort began to take hold.

"It's the toughest race I ever did so far," he said. "I wouldn't even call it a race, really.

"I had a good start, a good launch, and than obviously I was caught in Turn 3 with those spins and the crash ahead, and I was just in a position where I completely could not see where I was going.

"Then I started to struggle with… let's say it this way to not upset anyone – the problem is with seat comfort.

"We had it since the beginning of the year and we never really [had] the opportunity to properly look and improve it, but today it was… we did a couple of changes and I'm not sure they were in the right way.

"So it was really massive. I was really struggling... just staying in the car.

"Obviously at this track you cannot overtake, we were not having the best race, but we were just there. And then with all of this uncomfortable - and I would probably call it much more, very painful - feeling I was getting.

"It was definitely not helping the race and the stint and the focus, and than obviously I made a mistake on the restart after the safety car [the virtual safety car after Esteban Ocon parked his Force India], and spun. So it was really [a case of] surviving to the end."

This spin, followed by a precautionary pitstop for new tyres, shuffled Sirotkin back into the path of the leaders once again and he lost further time observing blue flags.

That left him 14th and last, finishing three laps down on the leaders and one lap down on 13th-placed Marcus Ericsson's Sauber.

Sirotkin claimed that a fix for his car's sub-optimal posterior ergonomics is well under way.

"Even now, which is strange, we spent maybe 40 minutes back in the garage and we already found some interesting bits to improve," he said "So I think for Monaco it will be much easier with the issues I had today."

How Hamilton got his mojo back and Vettel lost his