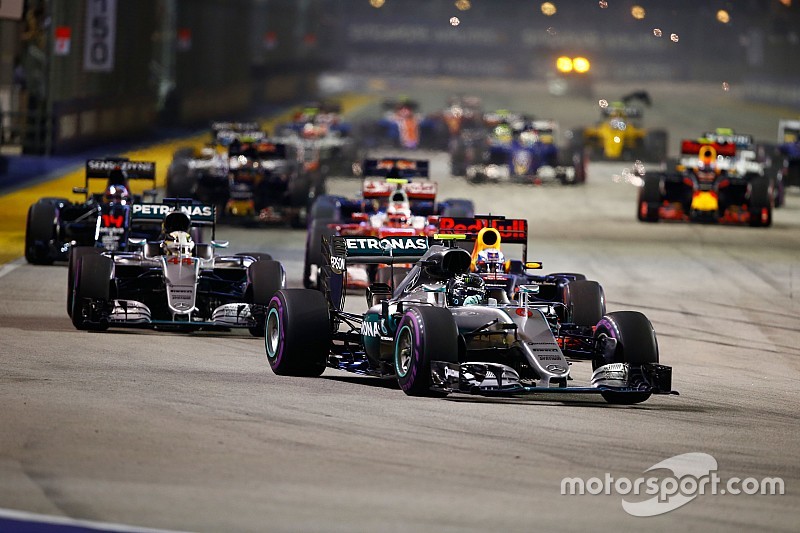 Bernie Ecclestone has revealed that Singapore Grand Prix chiefs no longer want to hold a Formula 1 race there.

There has been speculation for several months that Singapore was questioning whether or not it would renew its current contract, which runs out after next year’s race.

But in an interview with German publication Auto Motor Und Sport on Sunday, Ecclestone said that his belief was that Singapore was not going to extend its race deal.

He also said that he would not be surprised if some of the current manufacturers – including world champions Mercedes – quit in the next few years, too.

“It could happen to us that Mercedes and Ferrari run away,” explained Ecclestone. “But honestly, if the races get better, this may not be such a terrible vision.

“We have to expect the manufacturers to leave us anyway. Mercedes will retire on the day when it suits them and it’s something we had before – look at Honda, BMW and Toyota. They go when Formula 1 has done the job for them. There is no gratitude.

“It is the same with the organisers. Look at what we have done for Singapore. Yes, the Grand Prix has cost Singapore a lot of money, but we’ve also given them a lot of money.

“Singapore was suddenly more than just an airport to fly to or from somewhere. Now they believe they have reached their goal and they do not want a grand prix anymore.”

The doubts about the long-term future of the Singapore GP come amid serious question marks about both the German and Brazilian Grands Prix for 2017.

Speaking about the races that have not yet been confirmed, Ecclestone said: “We do our best to keep Canada on he calendar. In Brazil we try the same, even if it is difficult.

“In terms of Hockenheim. We cannot subsidise the race in Germany, if we do not do the same with other races in Europe.”