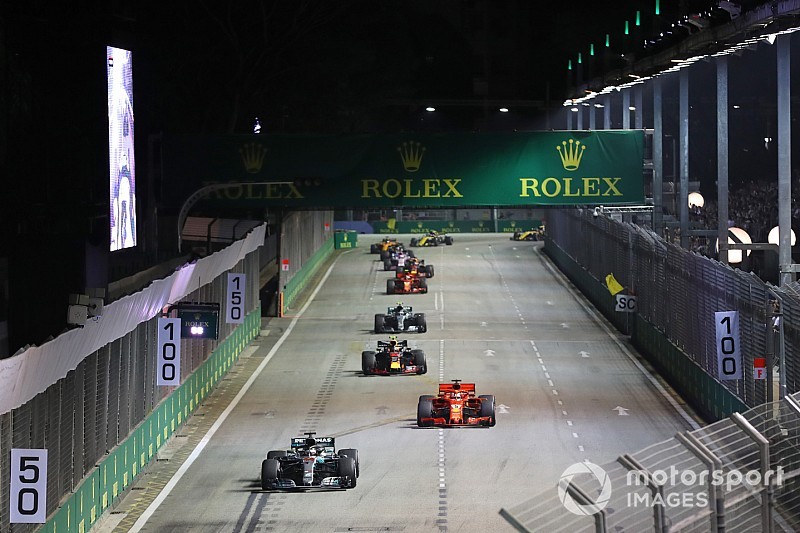 Three drivers earn perfect scores for their Singapore efforts, while others performed better than their results suggested - but some have unfathomably let themselves down.

Hamilton's qualifying lap was a thing of beauty, as once again he extracted the most from the car to take a pole position that didn't look likely after free practice. In the race, he didn't put a foot wrong, weathering a brief period where low front tyre temperatures and duelling backmarkers put him under pressure from Verstappen. Hamilton's a driver absolutely at the top of his game right now and looks every bit the champion in waiting.

Just as in Singapore last season, Bottas didn't do anything particularly wrong, he just wasn't able to perform the extraordinary feats that Hamilton did in the car. It's perhaps no coincidence that he was the same margin behind Hamilton here last year, to within 0.003s. His race was fine, and he was effectively the best of the second-stringers in the big three teams.