Silverstone sale to Liberty "not on agenda" 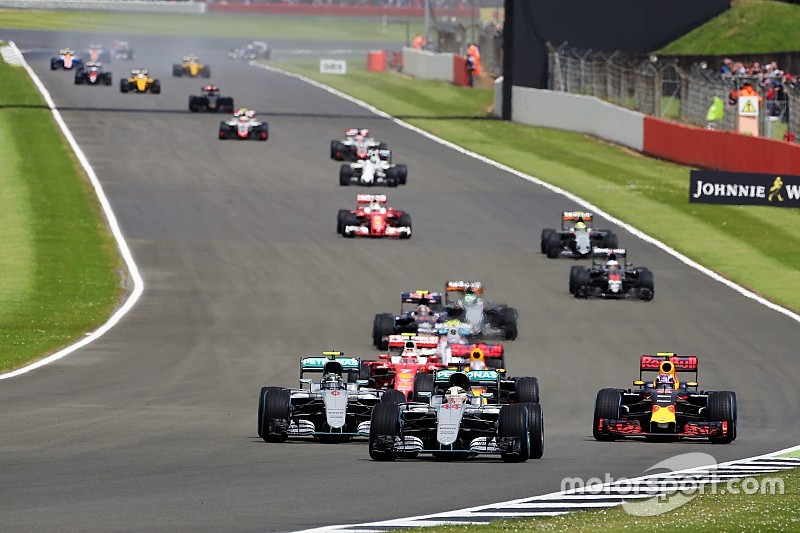 Silverstone’s owners say that the idea of selling the track to Liberty Media to help secure the future of the British Grand Prix is not being considered.

The British Racing Drivers’ Club announced on Tuesday that it was activating a break clause in its contract to end its deal after the 2019 race.

It has decided to take such action because a 5 percent promoters escalator fee – which would have seen its fee jump from £11.5 million in 2010 to £25 million by 2026 – meant that the losses it was faced with were unsustainable for the track.

One suggestion that surfaced ahead of the announcement was for F1’s owners Liberty Media to purchase Silverstone from the BRDC – so it could set up a F1 hub and testing facility to boost the presence of the sport in the UK.

But John Grant, chairman of the BRDC, played down such talk at a press conference at Silverstone on Tuesday.

When asked by Motorsport.com for his thoughts about the matter, Grant said: “We are basically open to consider all alternatives with Liberty to find a sustainable and viable future for the GP.

“But we have also said in recent months that it is the BRDC’s strategic direction not to sell Silverstone circuit. We don’t think we need to sell it.

“We see ourselves as the guardians of British motorsport. We think having the BRDC retain ownership of Silverstone helps achieve that long-term objective. So selling Silverstone is not actually on our agenda at the moment.”

Grant said that the ultimate aim of the desire to begin negotiations again was to deliver a contract that was financially sensible.

“The BRDC is not looking to make a shedload out of the British GP, but at the same time we are not a charity organisation,” he said.

The BRDC’s decision to go public with its decision to activate the break clause has drawn criticism from F1 management – which accused the circuit of ‘posturing’.

But Silverstone’s sporting director Stuart Pringle said that the BRDC had not taken the decision lightly – and was aware that there was a risk of losing the British GP entirely.

“This is not posturing,” said Pringle. “We absolutely don’t do this lightly. No one likes running races more than the BRDC. We put on the event and we are conscious of the implications of our actions today.

“But we have reached the tipping point. We recognise that one of the possible outcomes of this is no British GP after 2019, and that would be a monumental shame.”

Grant also rejected suggestions that Silverstone could have waited until after the British GP to make its announcement.

“It is actually a legal question,” he said. “We only have one opportunity until our contract runs out to break the contract and stop losing money, and that is after the 2019 event.

“We have to give two years notice on that, and the last day we can give notice is the last day before this event starts. So today is last day for that. We had no choice for that.”