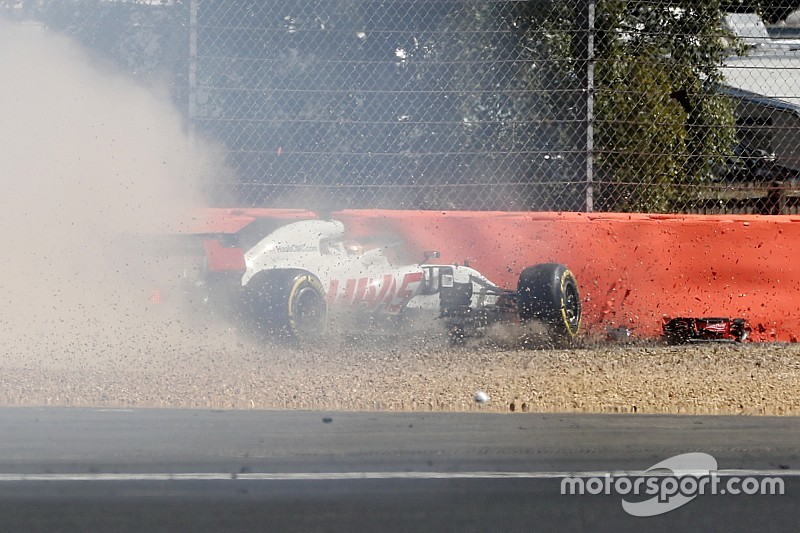 The controversial Formula 1 DRS zone that included the first two sweeps of the Silverstone circuit has been dropped for this year’s British Grand Prix.

Silverstone will return to having just two areas where drivers can activate the drag reduction system, after an experimental addition of a third zone last year from the exit of the final corner until braking for Turn 3. It was part of a push to tweak the DRS use of several circuits' layouts in order to boost overtaking.

Many of the cars did not have enough downforce to be able to go through the fast Abbey right-hander with the DRS open. Romain Grosjean and Marcus Ericsson both crashed at the corner after failing to disengage DRS in time, while Lewis Hamilton described the new zone as “kind of a pointless exercise, and kind of just dangerous”.

That was the first time such an option has been available since DRS was implemented at the start of 2011. Now drivers will go back to only having DRS on the Wellington and Hangar Straights. It is not known if the crashes last year played a part in the decision to axe the third DRS zone, but an important factor is likely to be fact it made little difference.

After the 2018 race, then-FIA race director Charlie Whiting defended the safety aspect of allowing drivers to use DRS through the first two corners, saying the crashes were a consequence of "driver choice”.

He also admitted that the new DRS zone had done little to aid overtaking and not been as effective as hoped in allowing drivers to close up through the first sequence of corners, so they would be able to take advantage of the second DRS zone on the run down to Brooklands and Luffield.